Nike have presented their unique Camo Pack, which introduces their four silos in a military look. Here’s one for the midfield general, as our photographers zero in on the Nike Magista Obra.

With the new Nike Magista Obra Camo Pack, unstoppable playmaking goes covert and the boots for the pitches master tactician is handed a very unique pattern. All jokes about the boots being invisible aside, the camouflage look makes for a pair of really stylish boots, which strike an incredibly good balance between toned-down design and actually a few elements of flair too.

The new Nike Football Camo Pack design has also found its way to the FootballX models, which means you can also look forward to seeing the street-wise camouflage design dominating on indoor courts, turf pitches and street cages. All bases covered for Nike.

Another quite interesting feature on all the new Camo Pack boots is the shoelace aglets, which on all the boots are made in the colours of the flag, where the professional player wearing them comes from. The Hypervenom has Jamie Vardy, the Superfly has Cristiano Ronaldo, but this Nike Magista Obra has us stumped.

Searching my own mental football boot database, I can only really think of either Javier Mascherano or maybe Andreas Samaris. Have you got any guesses as to which Magista football player this boot might be worn by? Please do tell, because not knowing is killing us!

Semper fi, Hooyah and all that jazz! If you’re digging the Nike Magista Obra from the Camo Pack, then you can order it right here from the 12th of April. 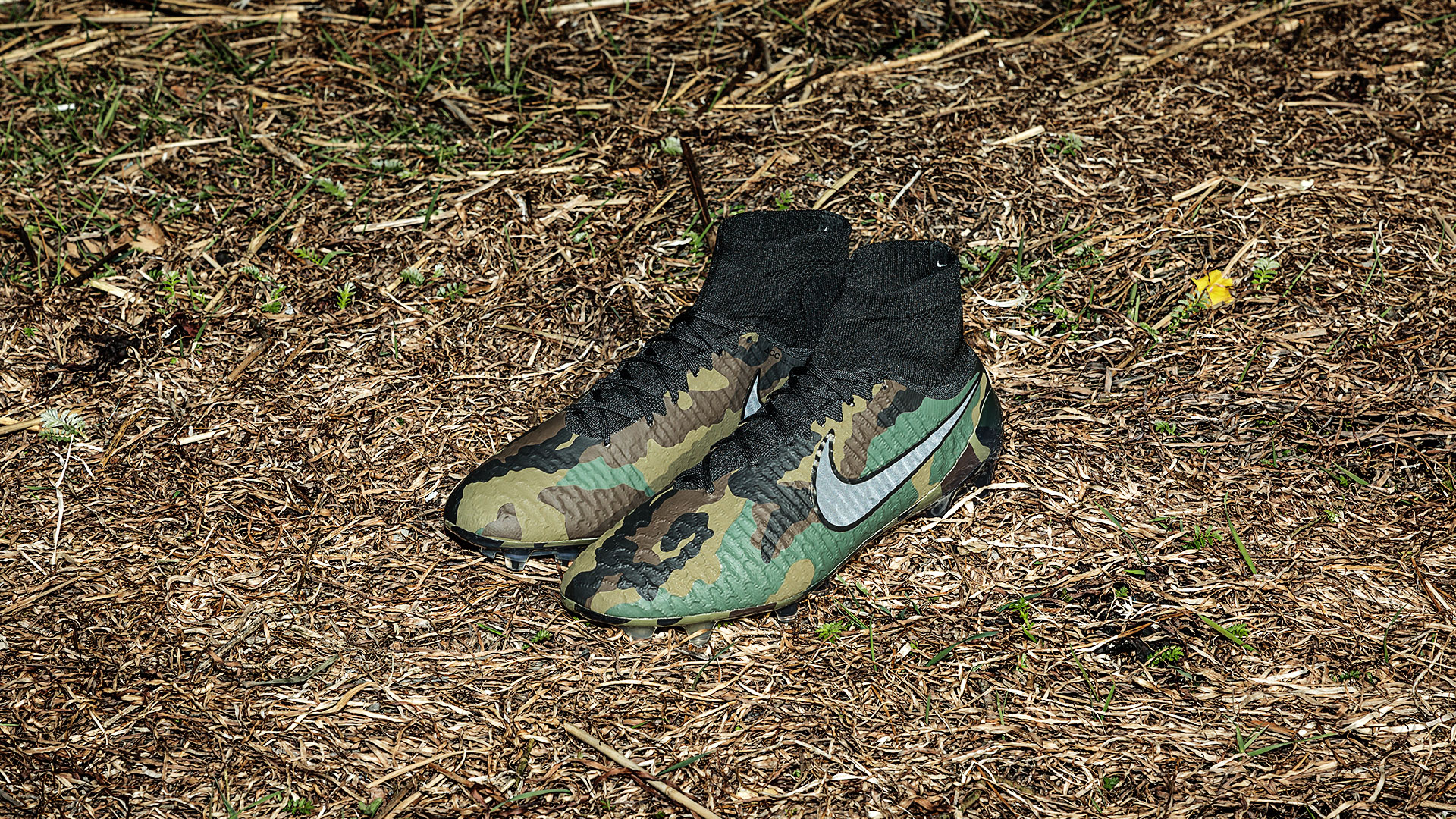