Last week Nike launched their Camo Pack, which brings an army look to their four boots. The deadly agile Hypervenom is no exception, as it goes desert storm.

One game, one goal. We have already seen the new Nike Hypervenom Phantom II Camo Pack in action, when Jamie Vardy-mania cruised on against Holland last week. With them being camouflaged, it might have been hard to get an impression of them at the game and that’s why our photographers take you a little closer to the military design right here. Beautiful!

Nike have also made sure to equip their FootballX Proximo shoes with the same matching Camo Pack design, so the pitches most deceptively agile attackers can humiliate defenders on indoor courts and street pitches around the world too.

The Nike Football Hypervenom Phantom II Camo Pack boots will be available on the 12th of April right here. 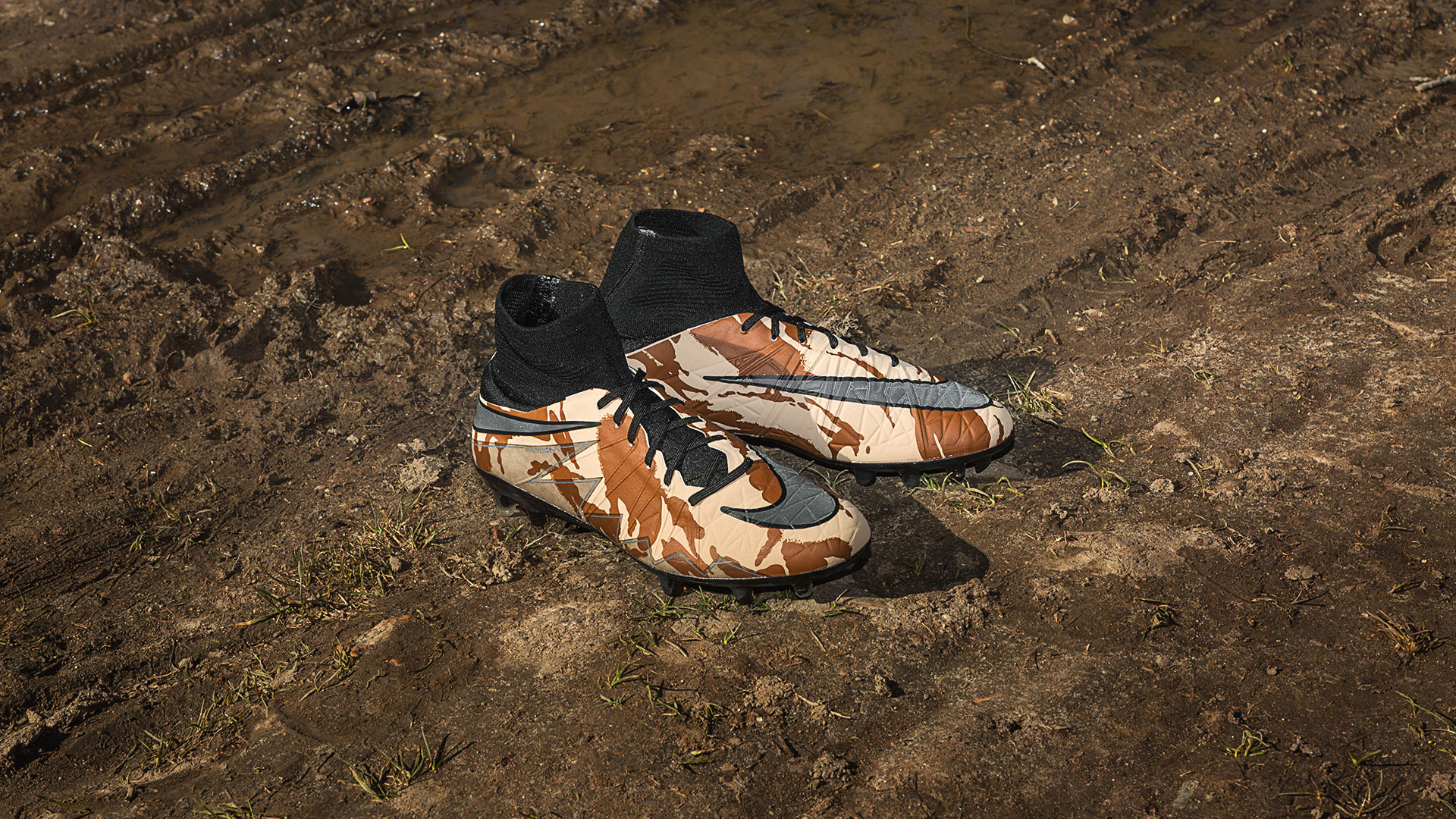