It is not too long ago that Nike launched the new Hyper Blue/Volt/Black colourway of the Hypervenom Phantom. This is however a season for makeovers and now Nike are ready with a new sharp colourway in Vibrant Yellow/Black/Volt Ice. And with thoughts of Neymar, who will be representing the yellow colours of Brazil at this year’s World Cup, we are in no doubt that this boot will be one of the summer’s big hits. We have taken a look at the deadly boot, which now also comes in a lethal yellow colour. 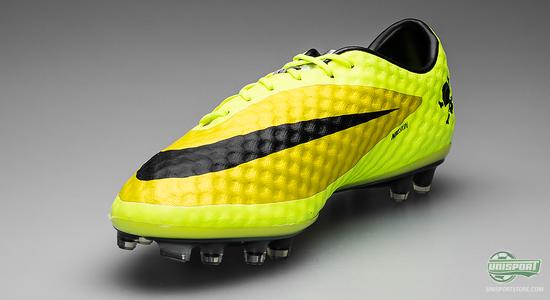 You really have to stay alert, if you want to keep up with the constant stream of brilliant new boots being launched. Nike’s new silo, the Hypervenom-collection, replaced the popular Total90 series last year and it hasn’t looked back since. The football boot is designed to help players with a great need for movability and who can create a chance from nothing. 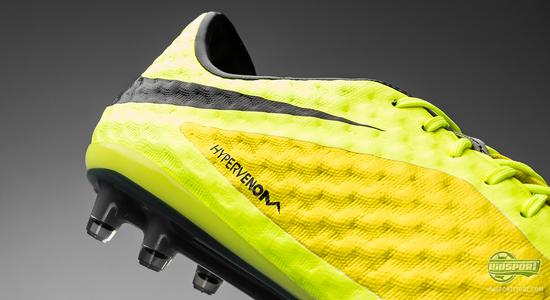 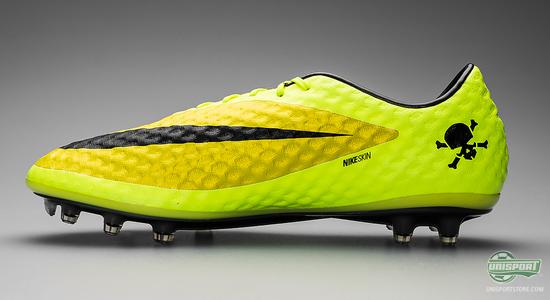 To accommodate as many different type of feet, Nike developed a new anatomically last, which can adapt to many different shapes and sizes. The last is called GF13 and is the same as the one used on the new Nike Magista Obra. 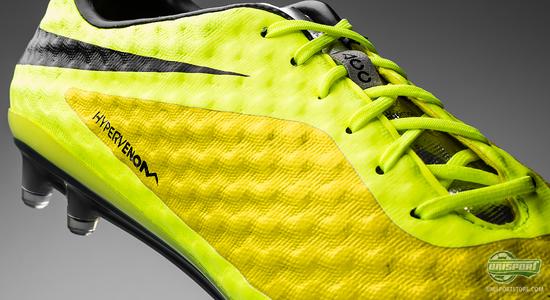 To give a better feel with the ball, Nike also used their NikeSKIN, which is a new upper material. It contributes to an even tighter fit and creates a better feeling of barefoot football. With this upper you also get a far more natural touch on the ball, which is furthermore improved by the many dimples in the upper that work to create more friction between ball and boot. 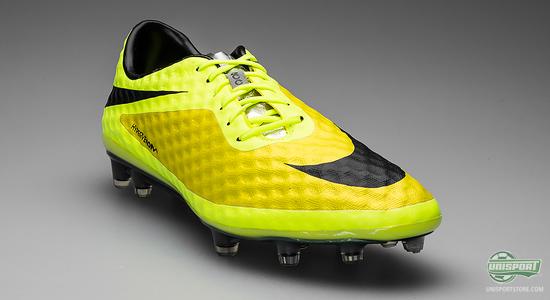 When Nike began designing their new attacking boot, a very central factor for them, was the pitch grip. The Hypervenom needed to accommodate a strikers need for a steady grip on the pitch and still assist you in quick and agile twists and turns. Another part of the boot, which works to improve agility, is the split-toe design, where the big toe is separate from the rest of the foot. This comes after research that showed this would make for a much better kick-off, something ideal to a striker, who wants to do the unexpected. 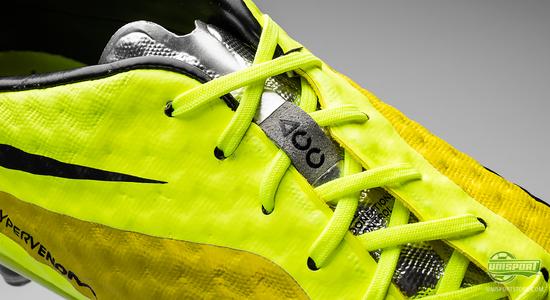 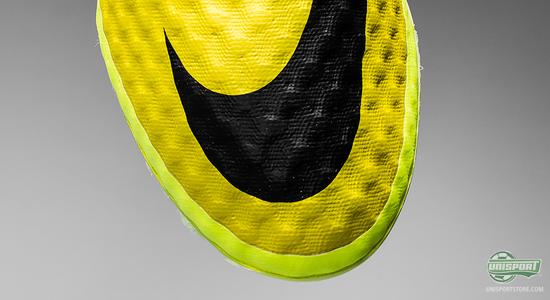 The Hypervenoms stud-configuration is for the same reason also made with small and round studs. These studs penetrate the ground quickly and allow you to quickly and easily move through the ground. This is thanks to the conical studs, which Nike are using to a greater degree, because they really let you do the unexpected and skin defenders. 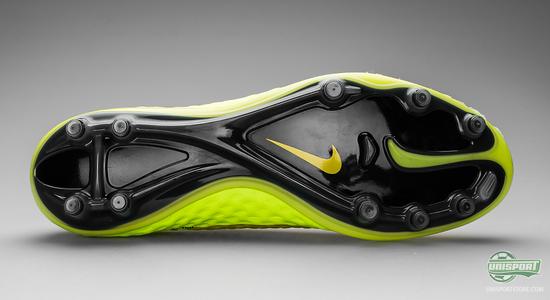 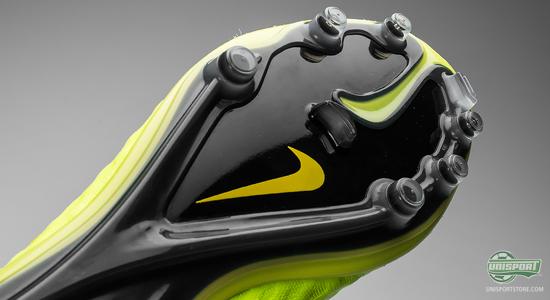 The new Hypervenom Phantom Vibrant Yellow/Black/Volt Ice is the latest colourway, from the already massive Hypervenom-collection. The Brazilian superstar Neymar will be the front figure for the boot and the new colourway quickly leads the mind towards the Seleção and the looming World Cup. What do you think about the new colourway? We would love to hear from you in the box down below, or on Facebook and Twitter.