Now, it may be that 2014 is just around the corner, but Puma have just launched one of the year 2013's absolute coolest football boots in connection with a deal that has been struck with Mario Balotelli. We are of course talking about Super Mario's headline covered new Puma evoPOWER Stampa football boots. 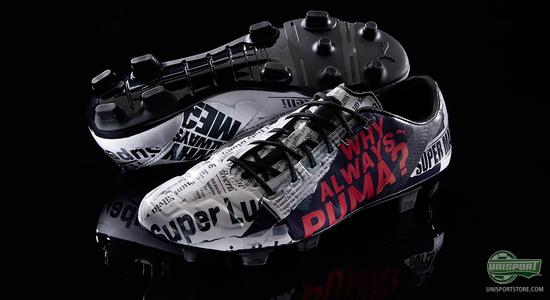 Okay, this one is a beast. We sat Balotelli wearing a camouflaged PUMA evoPOWER against Roma on the 16th December, and last night Super Mario had once again laced up the exceptionally unique PUMA evoPOWER Stampa, which is covered with headlines from the Italians career. The boot is produced in a very limited quantity  and we will of course be getting it 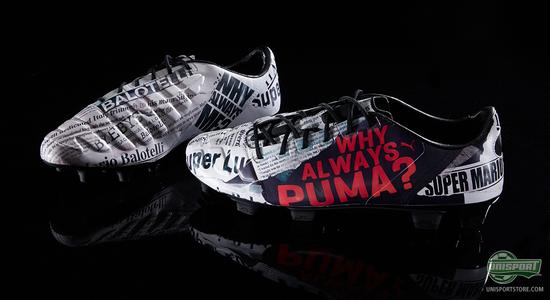 Mario Balotelli was wearing his very special evoPOWER Stampa in the Milan derby against Inter yesterday, which will be the one and only time he will wear this design, which celebrates his move to Puma. 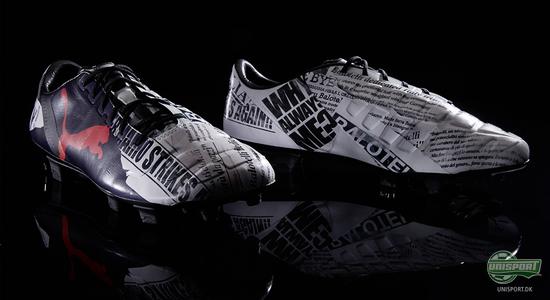 Balotelli's life is constantly in the media with the one headlining story after the other  and the new PUMA evoPOWER Stampa quite clearly underlines this fact. The boot is decorated with headlines from Super Mario's life including a unique Why Always PUMA - text written on one of the boots. Yes, things have been thought through... 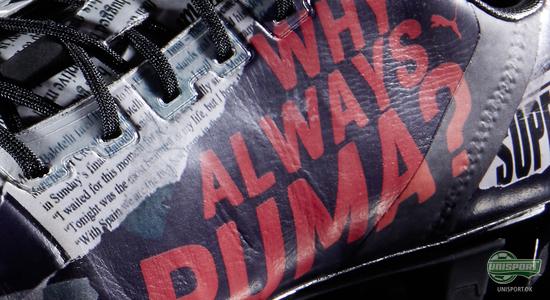 The switch to Puma comes after we have seen Balotelli wearing blackout boots for quite a while, since his contract with Nike expired  and Mario Balotelli has agreed to a long-term deal with the German brand, where he will become one among many stars like Sergio Agüero, Radamel Falcao, Cesc Fabregas and Marco Reus as some of the most prominent. 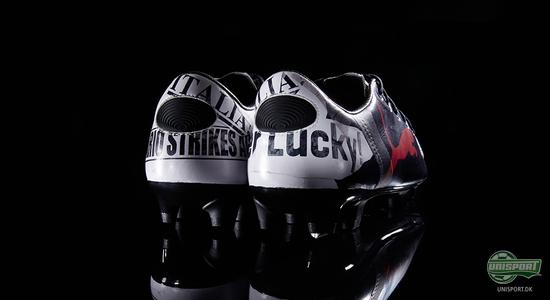 In connection with the new switch to Puma, Mario Balotelli says " This is a great move for me. From the early conversations I had with PUMA it was clear that they understand me, my personality and my ambition. The product and marketing plans they have developed are very exciting and I will be proud to be associated with everything I have seen. PUMA's support for the Italian national team was another instrumental reason for me signing this contract and I am sure that the coming years will bring many good things for us all." 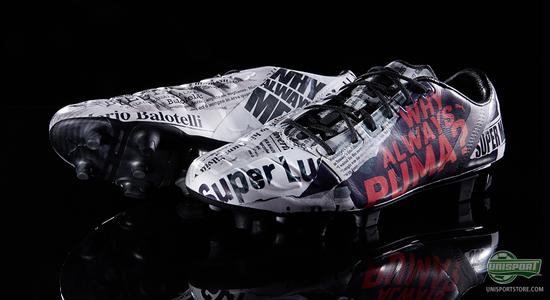 Allegedly the deal is, on top of that Balotelli will be wearing PUMA's upcoming, innovative evoPOWER also that he will get a lifetime supply of training bibs that are easy to put on, as well as a separate footwear deal for his pet pig, Excellent. If this is more than just a good story we will leave for you to decide. It would, although not come as a big surprise if Mario had seriously insisted on these conditions...

With Puma they are also very much happy to have picked up the Italian media-darling. Puma CEO, Björn Gulden says " Mario Balotelli is a world class football player who will become a key ambassador for PUMA as his passion, speed, agility and power make him a perfect fir for our brand." 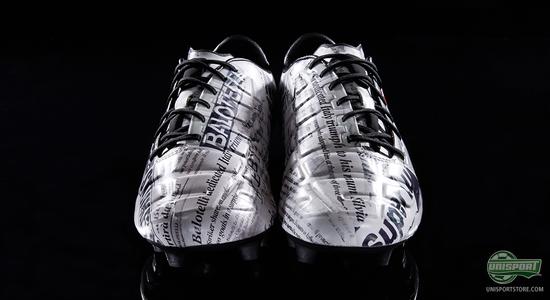 Mario Balotelli's boots will only be available in a very limited quantity across the world, and we are talking about a true collectors item. There is no doubt with us  hats off to PUMA for a great idea, and the boot strikes itself into the very top of 2013 with us. It's Mario Balotelli, we need not say more...

What are your thoughts on Mario Balotelli's new evoPOWER Stampa? Are you liking the design, and could you imagine wearing a pair of football boots with newspaper headlines on your feet? Feel free to share your thoughts with us here, or on Facebook and Twitter