It’s been almost a month since the Nike Innovation Summit, where The Swoosh gave the world a first look at the new Nike Mercurial Superfly V boots. The thirst for information on all things Superfly V hasn’t diminished one bit and we are therefore ready with a comparison of them and their predecessors.

We won’t waste time on formalities and just dive straight into it, because there have been a series of major changes, which will take some explaining to fully give an impression of how different the boots really are. That being said, we just want to mention that the Nike Mercurial Superfly V colourway you see here is one of the immensely rare prototypes, which we are the only ones in the world to have (except for Nike). Don’t go falling in love with this colour combination, because it will probably never be released for sale. Feels bad man.

There are three very major changes on the new Superfly and let’s start with the most striking feature - the ribbed upper. When people first saw the new design, they thought Nike had lost their minds and added a gazillion Flywire-cables to the upper, but that was fortunately not the case. The ribbed structure is technically a series of cables, but just like the rest of the upper, they are made from Flyknit and completely part of the same construction.

The unique Flyknit ribbed-upper is built to create increased friction between the boots upper and ball, especially when you take sharp touches at full throttle. The spacing between the raised cables also gives the upper a more structured feel when you flex the foot and kick off from the ground to sprint past your opponent. On the Nike Mercurial Superfly V there is far more emphasis on the upper, which is now about so much more than just lightweight and a close touch like on the IV. 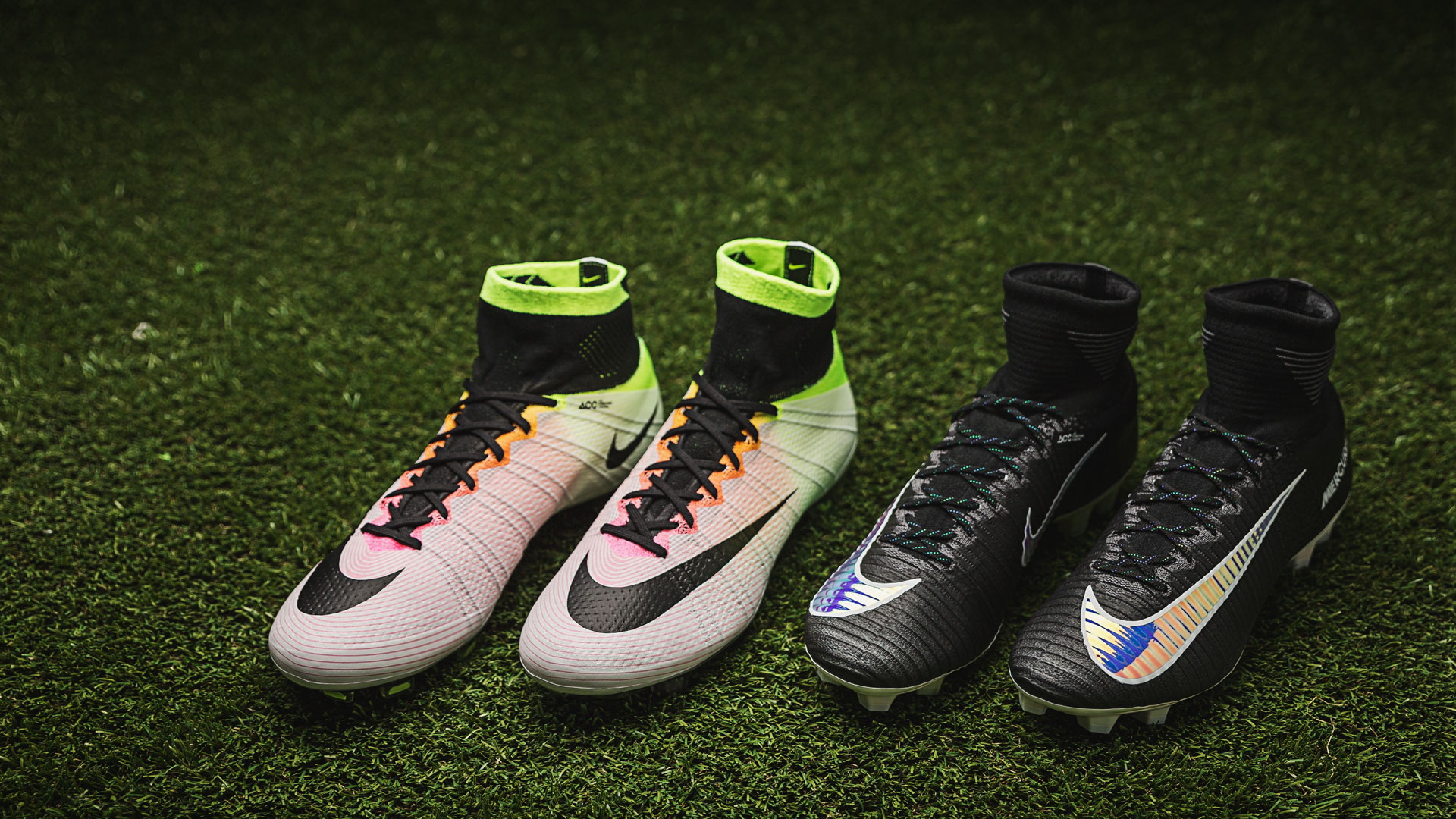 Flip the boots on their head and you are greeted by arguably the most important change from the Superfly IV to the V, which is the soleplate. While the Superfly IV is made with a standard flat insole, Nike have found another key to unlocking your explosive speed on the fifth generation.

The foots curve is, hence the name, not flat like a standard soleplate and to give players a feeling of being fully locked in, they have created an anatomically correct sole, which inside the boot follows your foot and eliminates the gap between foot and sole. It’s quite logical really and a bit mind-boggling that no one has done it before, but makes for a really sharp fit, which I for one can’t wait to try in action.

The stud-configuration has also seen some change, with the new studs looking to improve your explosiveness, as well as one very special feature that might surprise you. The studs are angled in such a way that the different areas of the boot improve the aspect they are most suited for. The front foot angles increase forward propulsion, while the heel studs are flat on the side, so you can break quickly.

That might seem weird on the Mercurial, which is all about speed and not slowing down, but through extensive research Nike found that if you have more confidence in your ability to break quickly, you psychologically boost yourself to run faster. My gimmick sense is tingling, but that being said, if it works for some, who am I to argue? And furthermore I thought the NikeGRIP socks sounded like a gimmick and I can confidently say they are pretty damn sweet.

Other fixes and modifications include the soleplate now being 40% lighter, as Nike have used a composite sole similar to the one on the Vapor X boots, rather than carbon fibre. In addition to that, the inside of the heel has been made softer and more comfortable. All changes for the better basically, as Nike move their most popular boot from fourth generation to fifth.

Start looking forward to the beginning of June, where the Nike Mercurial Superfly V will be available. If you prefer the old one, then our selection of Mercurial boots can be found here.