Adidas have launched the new Adidas Predator LZ II in a clear and dominant pink colourway, which is certain to catch the eye of everyone and anyone watching. The colour is out of control, but the boot certainly isnt. It is as controlling as ever. 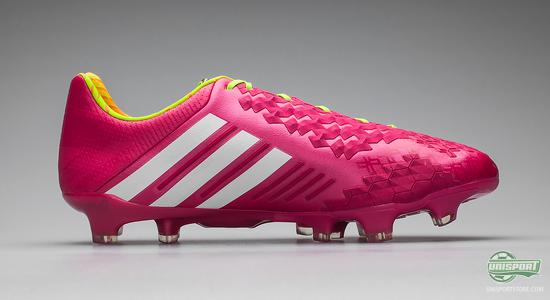 Even though you are a player full of control, then you can still stand out with your boots. The new Adidas Predator LZ II has been dressed in a new colour, which is sure to attract plenty of attention and give the popular control boot a brand new and daring look. 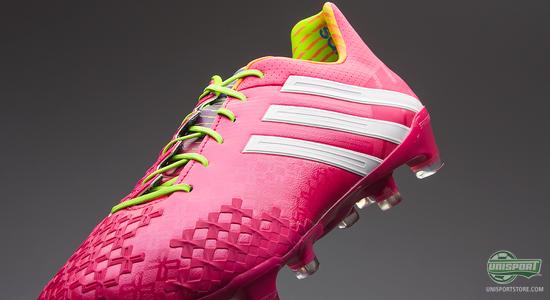 The new Adidas Predator LZ II is a part of Adidas  Samba Pack, which brings the Brazilian samba rhythms to the rest of the world. This summer is all about the World Cup in Brazil and even though there is still quite a wait, before the football-fiesta gets underway, then Adidas give us something to warm our football soul with, while we wait. The colours in the Samba Pack are bright and clear, with the Adidas Predator LZ II being the one, which has been given the most radical overhaul. 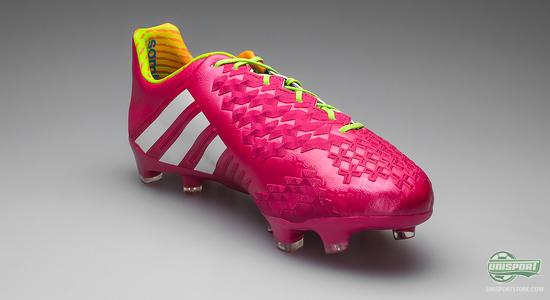 The boot has however not changed one bit. It is still the same high quality boot we know and love, which is developed to give the very best control in all the games facets. It is all about respecting the games rhythm, if you want to be a master passer og with the new Adidas Predator LZ II you can dominate every aspect of the game. 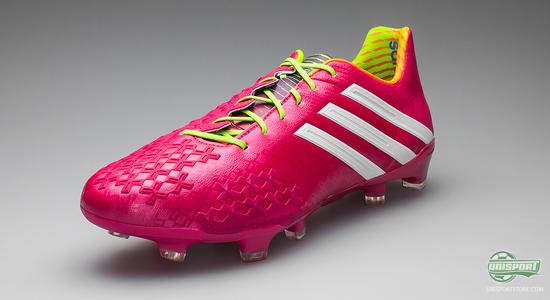 And control really is the keyword and the boots core DNA. On average a player has between 60 and 80 touches on the ball during a game, which isn't even 1 touch every minute. This is why every touch has to be absolutely spot on and this is where the upper design, with the five Lethal Zones come into play. 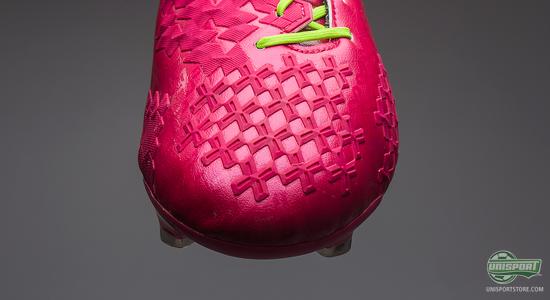 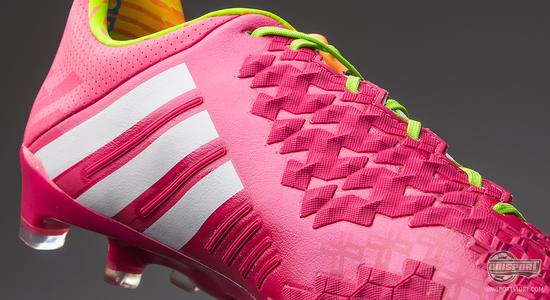 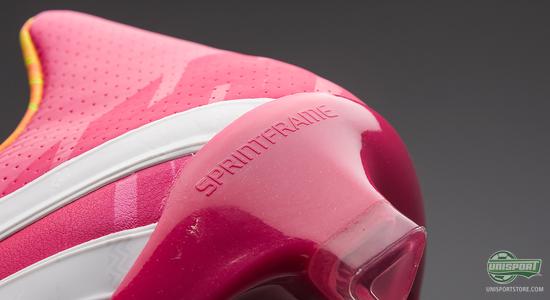 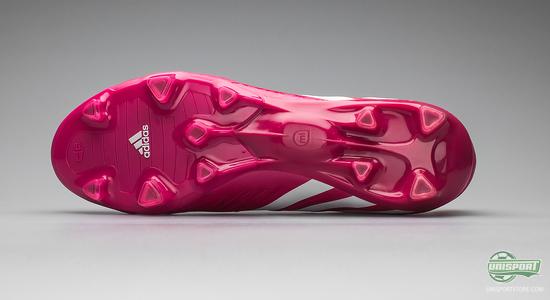 But what is the point of sublime ball control, if you don't have a stud-configuration that ensures you get powerful pitch grip and can change direction when you want it? Not much really  and therefore Adidas have kept their Sprintframe 2.0 outsole on the Predator LZ II. The sole is ultra-thin and makes for an incredibly low weight. At the same time the studs are triangular and angled in sets, so each set serves a different purpose. This improves your acceleration, sideway running and breaking. 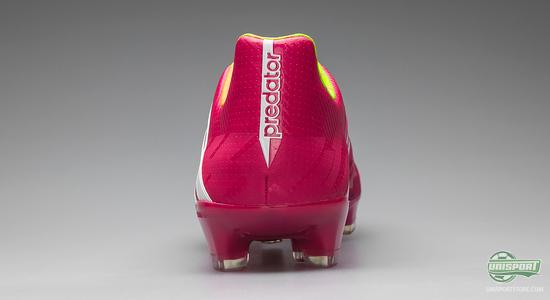 The Adidas Predator LZ II is a boot full of contrasts. The boot is constantly looking to be in control and control the game, yet it can also be wild, brutal and ready to strike as soon as an option arises. With the new Samba Package, the good and the evil sides of the Predator are nicely wrapped into a loud and colourful pink colourway, which is sure to keep the party going all the way to the world cup in the summer in Brazil. 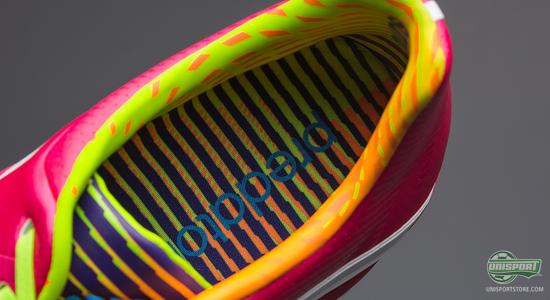 Adidas Predator LZ I is developed for maximal control, even if the colourway may seem a bit out of control with this pink version. What do you think of the colour for the Predator LZ II? And are you already starting to prepare for world cup next summer? As always you are very much welcome to leave a comment either here, or on Facebook and Twitter.