Adidas have given their legendary football boot, Copa Mundial, a brand new colour update, and we have therefore decided to take a closer look at the iconic and classic boot with a brand new campaign. So, here you go Copa Mundial fans  come along and enjoy the show.

It is a pretty rare sight to see the Copa Mundial at the centre of attention. It is normally just a boot that gets the job done without the need to demand attention. Here we would like to stress, that his by no means mean that it doesn't do its job well. The worlds best selling football boot is not to be mistaken, and we are not going to pass on the chance to put a worthy spotlight on the Copa Mundial, now with a brand new white colourway. 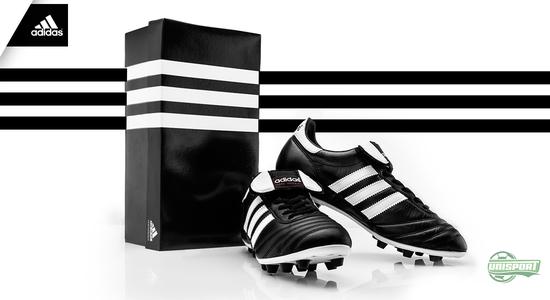 It is actually the first time ever that we are seeing a new colourway for the Copa Mundial, which has always been black with some minor white detailing, including the three classic stripes. But now, at the age of 34 years, Adidas thought it was time to put out a fresh colour update, and the result is this white Copa Mundial that was released just a few days ago. 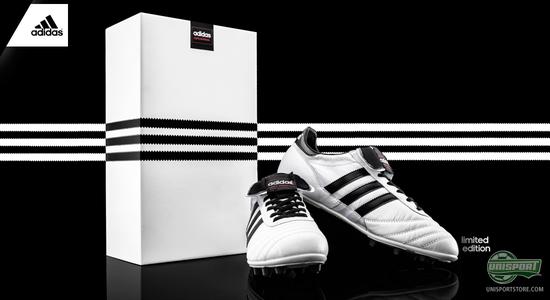 Since then, we have not been able to get the white Copa Mundial out of our heads, and therefore we have decided to do something about it. We have decided to launch a brand new campaign site on unisportstore.com, where you will be able to get very close to iconic leather boot, which has been on the market longer than most of our employees here at the Unisport HQs have even lived. 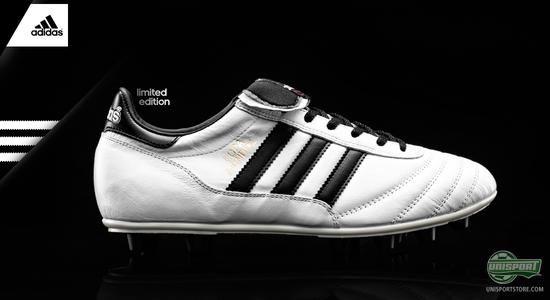 One may wonder why Adidas have not made any notable changes to the Copa Mundial before. But the philosophy behind is just as simple as it is good  why change something that is working so well? Adidas Copa Mundial delivers on the pitch, with a sublime support and a truly spectacular touch on the ball which is a result of its incredible leather upper. It may not be the lightest boot on the market, but it surely knows its way around a foot and a football.

If you have yet to experience the Adidas Copa Mundial, and may wonder why this boot has gotten such an iconic status on the boot world, please come along on to our campaign site. Here you will find much more both information and pictures of the legendary boot, which is now, surprisingly, available in two different colours.