Robin van Persie has played in Adidas boots for just about his entire life. This is something Adidas wanted to celebrate and marked it by delivering a pair of specially made Adizero-boots, for van Persie. They were there in time for the big clash with Chelsea last night and were made to The Flying Dutchmans wishes and specifications. We have taken a closer look at the special MiAdidas F50 Adizero/AdiPower. 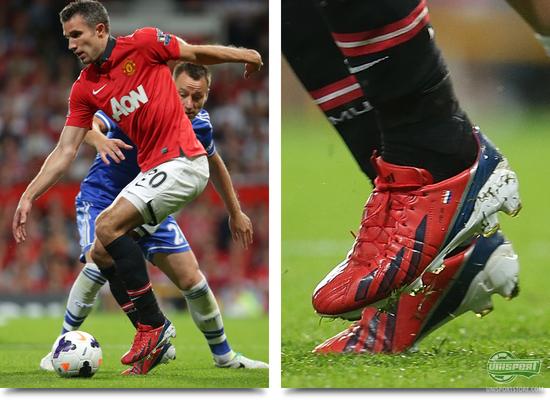 A special player needs a special boot - that's how Adidas presented it the boot on their Twitter account last night, before the big Manchester United and Chelsea game. Here Robin van Persie trooped up in a pair of brand new and completely unique Adidas F50 Adizero-boots, which he himself helped design and colour. 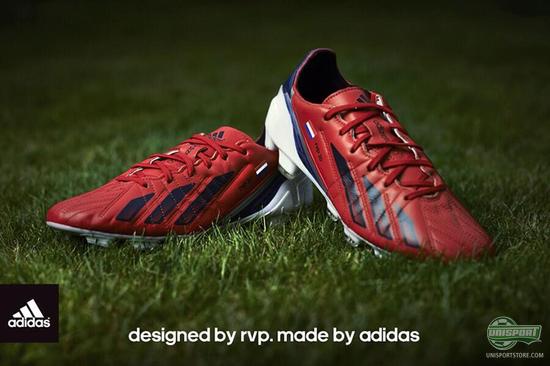 RVP has been playing in Adidas boots for many years and that is why Adidas had found a pair of the Dutchman's boots from when he was six  (even though they look like something from the sixties...) - and paired them with his new boots. 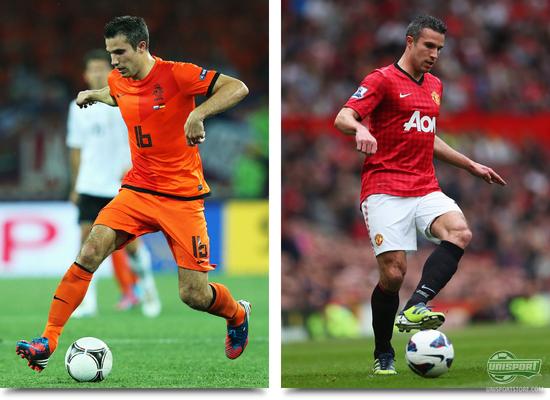 Robin van Persie has very specific preferences, when it comes to football boots and we have therefore seen him in quite a lot of specially made, modified Adidas boots over the last few years. RVP has for a very long time been a Predator-player and looked to have been very happy with his Predator adiPower, when they were on sale a few years ago. During the European Championship 2012, he played in the then brand new Adidas Predator LZ. He was however apparently not too pleased with the triangular studs and therefore had the sole from the Predator X fitted on his LZ. 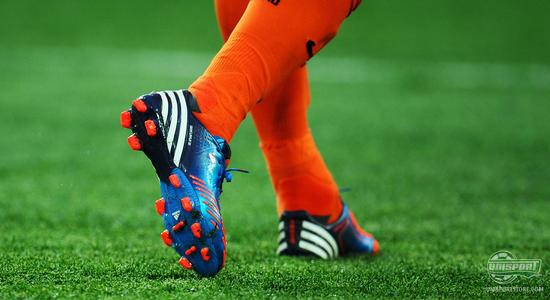 After the European Championships, Robin van Persie completed his transfer to Manchester United and returned to his trusty adiPowers. RVP is known as quite a superstitious footballer and his below par performance at the tournament, probably had an influence on his decision. Wearing the AdiPower he was a major factor in Manchester United winning their 20th title, but throughout the season Adidas kept trying to tempt him into the Adizero, with him testing several of the colourways. They all had the twist that they had been fitted with the AdiPower stud-configuration, which RVP had requested. 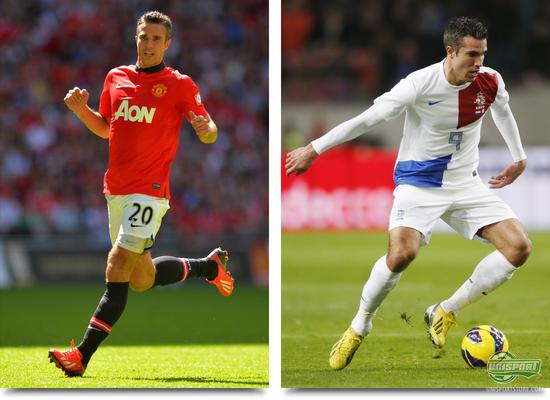 Now the new 2013/14 season has been kicked off and Van Persie has since pre-season played in his Infrared/Black/Running White Adidas F50 Adizero, which were of course also with the special soleplate. In last nights game against Chelsea, Adidas had let van Persie design his very own boots on miAdidas, when he and the rest of Manchester United took on the title candidates from Chelsea. He didn't score wearing them, but still had quite a strong showing and it will be exciting to see whether he keeps a hold of the boots for the next game against Liverpool. 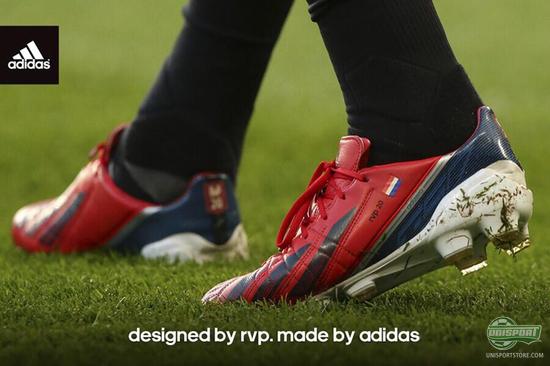 Robin van Persie's boots are interesting in many ways, not just because of the adiPower sole. The upper is also specially made with more stitches around the midfoot. This is probably because van Persie wanted extra stability in upper, which the stitches can provide. The boot is quite obviously made with a leather upper, but the Adidas stripes have however been painted on, unlike on the regular Adidas F50 Adizero. In other words, it is a football boot made completely to the dutchman's wishes.

What do you say to Robin van Persie's Adizero/adiPower-hybrid, do you like the design and what is your stance on personalised boots in general? Share your thoughts with us in the comment-section down below and join the debate.