This morning PUMA gave the world a first look at their full EURO 2016 and Copa America boot line-up, which saw the reintroduction of the infamous Tricks design. We now zero in on the PUMA evoPOWER, so you can get to know them a little better here.

The PUMA evoPOWER 1.3 has been around for a little while now and has firmly claimed the spot as the best power boot on the market. It’s in my opinion a criminally underrated pair of football boots, which cover so many areas and improve so many aspects of your game. If you add to that, that it now features in the striking new Tricks design and you have the makings of a very impressive boots.

The entire boot is made to unlock not only your hardest strike, but also give your shots the highest levels of precision. The power comes from the GSF construction, which PUMA have implemented in the soleplate. GSF stands for Gradual Stability Frame, and is a spine-like feature that runs through the boot and supports your foot, while still allowing your foot to move naturally and freely at the front, so you can really put your foot through the ball. It gives you a real feeling of kicking the ball barefoot, which we all know gives you a much harder strike. 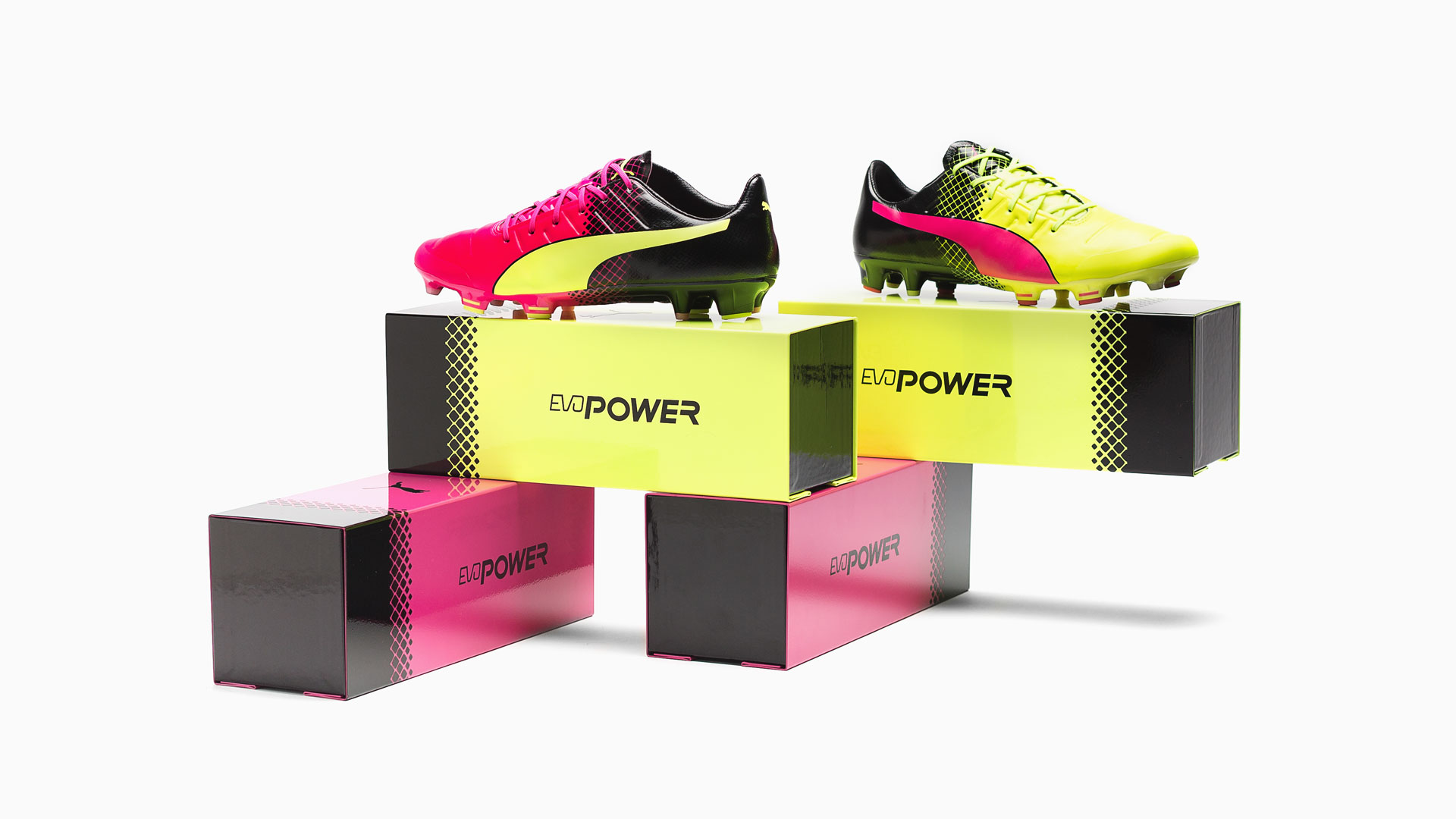 Hammering the ball aimlessly is however never going to work and certainly isn’t enough for elegant players like Cesc Fabregas, who rely far more on pinpoint passing. To give the PUMA evoPOWER 1.3 Tricks its precision, the German engineers have added a layer of AccuFoam inside the boot. From nature side, feet are pretty lumpy and don’t offer a very clean strike-surface. This is what the AccuFoam helps smoothe out and that’s why you can probably look forward to seeing a few screamers from the evoPOWER during this summer’s European Championship in France.

The PUMA evoPOWER 1.3 football boots will be available on the 21st of April right here. Also note that the box in the pictures is a special presentation box and will not be included.