Yesterday we were able to tease you with the new shirt on the social media, and now the time has come to the real deal reveal of the new Manchester United home shirt. The design no longer includes the eye-catching checked pattern that we saw on last seasons shirt, and has now gone back to a more classic look. 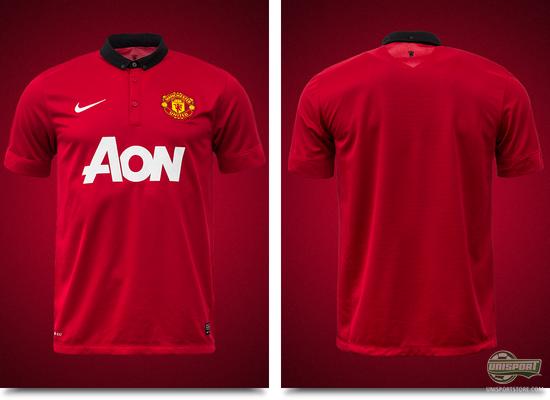 The previous, 12/13, season ended up being a rather historic season for Manchester United. The legendary manager Sir Alex Ferguson chose to call it a day as he wrapped up his 26th year in the club with yet another English championship; and 'The Red Devils' are now facing quite the task as they are looking to continue the heritage from the Scotsman. Nike has dressed the club for the task with a super sharp home shirt, which is sure to spark applauds from the club fans. 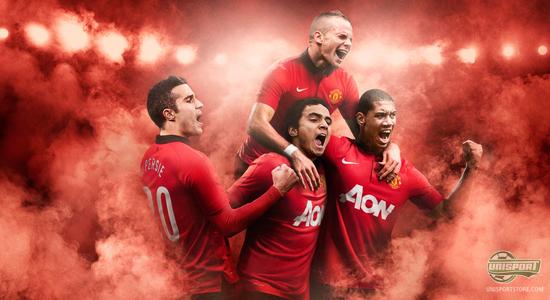 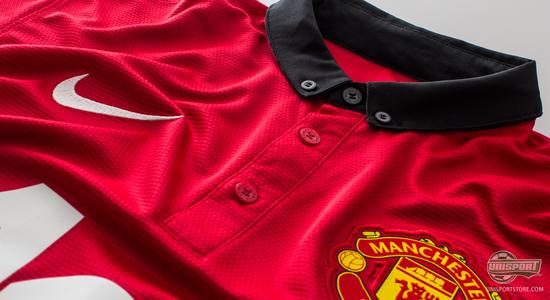 The design takes departure in the club's successful history, as well as, its industrial heritage. There is also a little celebratory association to 'The King', Eric Cantona, as we see a classic black collar, which is the most visible design detail on the shirt. The French United legend was especially known for, and loved by the club's fans, as he would always wear his collar flipped up. 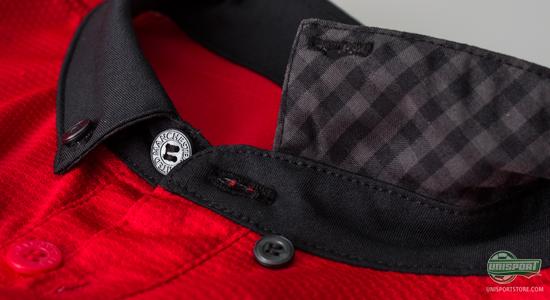 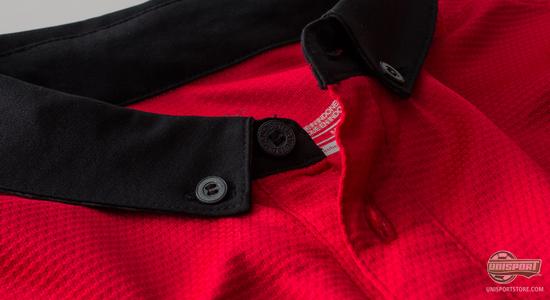 On the inside of the collar we can see a smart little detail as the Gingham-checks are displayed; they were seen for the first time, on a Manchester United shirt, in the previous season. Hereby, you will have the chance to fold up the collar, just like Cantona, and display the black and grey checks. Do you, on the other hand, prefer to keep your collar in its original position; the shirt is also equipped with buttons to help you do just that. 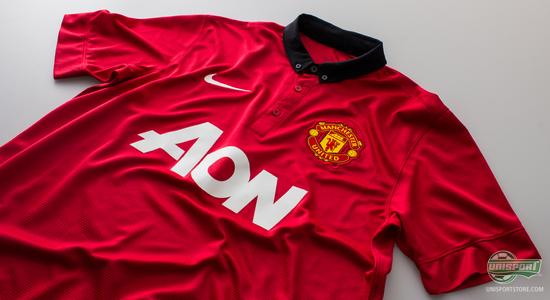 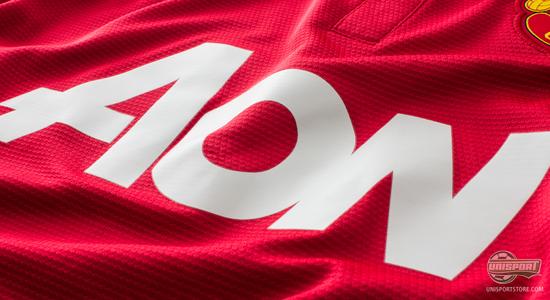 On the front of the shirt is the main sponsor AON, although this will be the last season that we will see the insurance company on the Manchester United shirts. The club has signed an agreement with car manufacturer Chevrolet, which will run from next season. So, if you have fallen for the shirt with the current sponsor, this is last call if you want to include it in your collection. 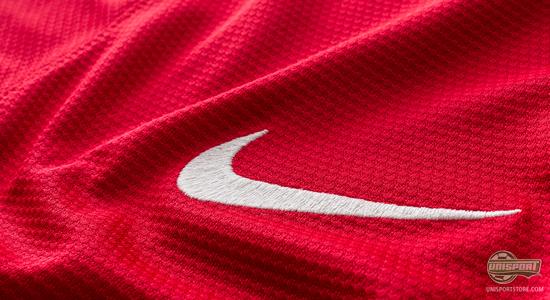 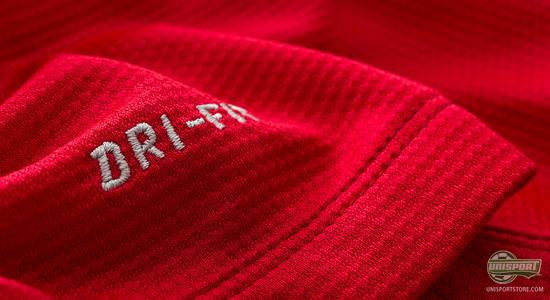 Nike is constantly working to improve their products, and one of the key areas is their DriFit technology. It is naturally also integrated in the new Manchester United home shirt, and serves to ensure that moisture and sweat is wicked from your body and out to outer layer that dries faster. Hereby, the athlete is kept nice and dry, which adds greatly to the comfort 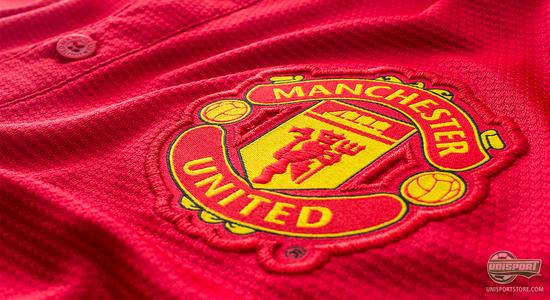 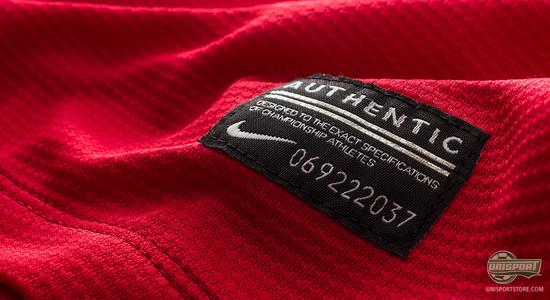 In line with Nikes environmental initiatives, the new Manchester United home shirt is produced from recycled polyester, which is extracted from plastic bottles. The shirt weighs as little as 150 grams and is designed with a very streamlined slim fit in order to optimise the comfort. This displays Nike's dedication to fine craftsmanship, design and style, which improves the players performance through central technologies. 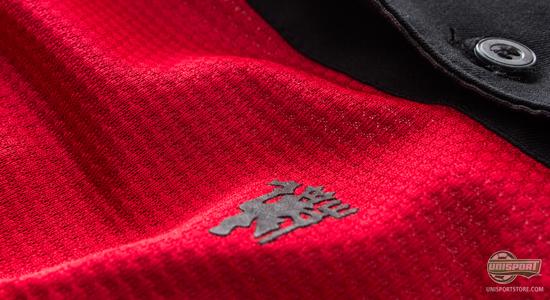 If Robin van Persie & Co. can live up to the sky-high expectations that are now placed on their shoulders, we will have to wait and see; but their equipment can certainly not be blamed with an excellent shirt like this. What do you think of it? Feel free to share your comment in the box below the article and join in on the debate on Twitter and Facebook.