In connection with the launch of Lionel Messi's new signature boot, Adidas F50 Adizero Messi, Adidas have opened an exclusive Messi-museum in the heart of Barcelona to mark the star's and the brand's achievements. As some of the first in the world, we got the chance to visit the museum and we also had the pleasure of attending a press conference where the star himself was also present. 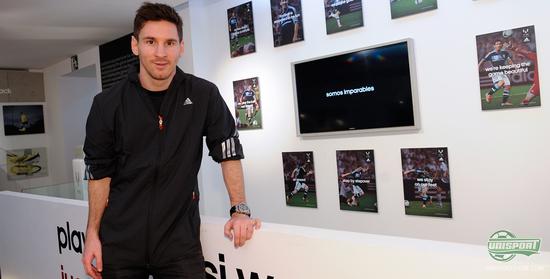 Jakob and a cameraman where invited to Barcelona by Adidas and got a tour through the exclusive Messi Museum. Here the first sight that greets you is Messis new boots, which are joined by all four of Lionels Ballon d'Or-tophies  directly from the Argentinians own mantelpiece. 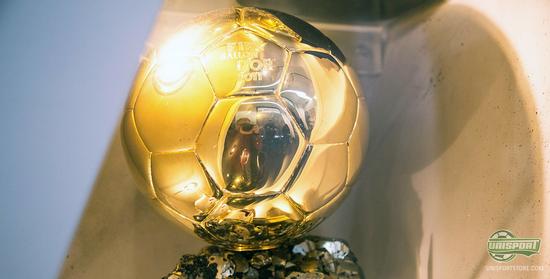 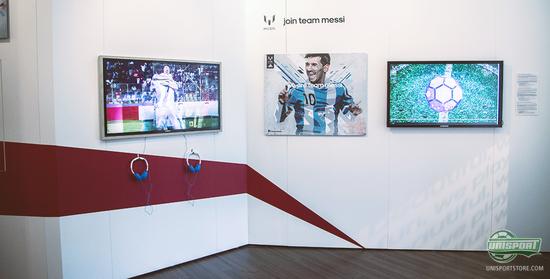 At his new museum, Messi was handed his new boots in a special box, which is only made for him and his family. Here the boots are beautifully displayed and when you lift, a little video is automatically started, believe it or not. We definitely wouldn't mind having one at home, how about you? 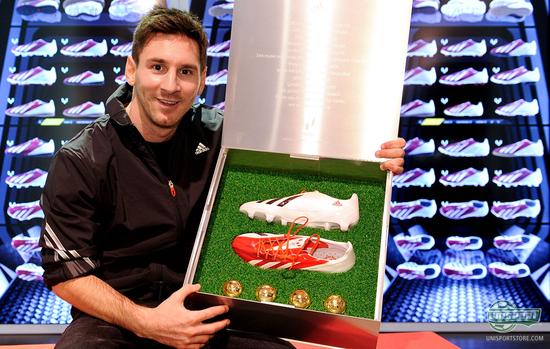 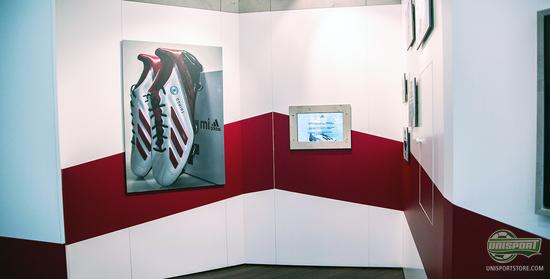 Messi will most likely be playing in a leather version of his signature boot, which we expect will be given its début against Deportivo La Coruna on the ninth of March  and it will definitely be cool to finally see the boot in action. 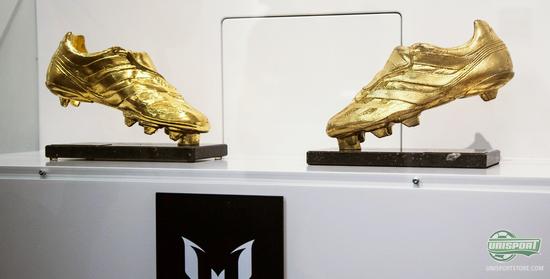 Apart from showing off Messi's Ballon d'Ors, Adidas had also been allowed to bring along Messi's golden boots, which are the proof that he was the most scoring player in the entire of Europe, in both the 2009/2010 and 2011/2012 seasons. 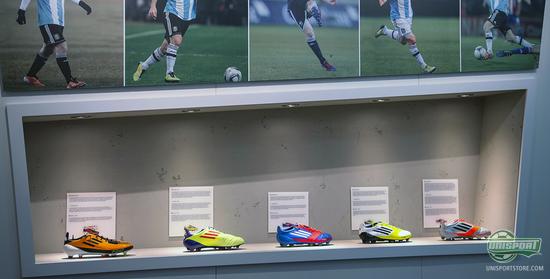 The Museum puts great focus on Messi's most important tool on the pitch  the boots and here they displayed Adidas models dating all the way back to the TUNIT-days, where Messi was just an emerging name for the German brand. 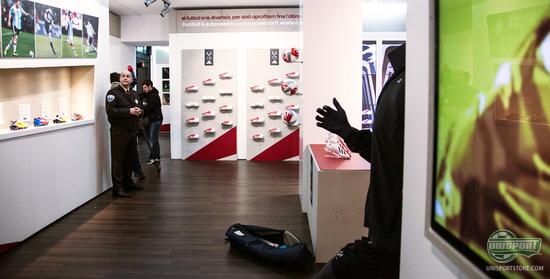 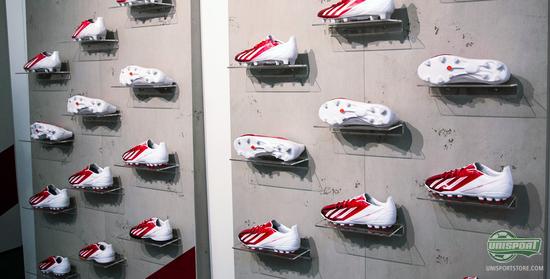 For example you can find both an Adidas F50.6 TUNIT X-32 Argentina Edition, as well as, Messi's Adidas F30i, which he played in, scored in and afterwards kissed in the CL-final against Manchester United in 2009. 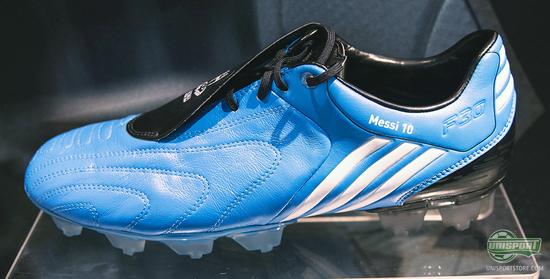 Messi's F30i-boots are completely unique and the boot differs from the top range model F50i TUNIT by not having detachable studs and a two-part sole. Messi preferred to play in the oblong, attached studs, and when the F30i had the same leather upper it seemed like an excellent choice for Messi. 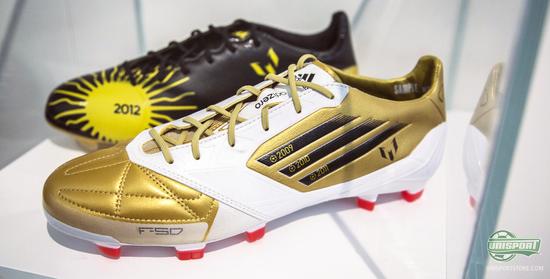 Jakob's jaw also dropped when Adidas, close by Messi's Ballon d'Or trophies, had placed the two uniquely designed boots, which they made in connection with the his last two trophy wins  and of which there are produced very few of in the world. 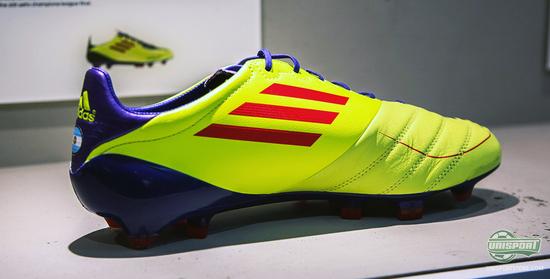 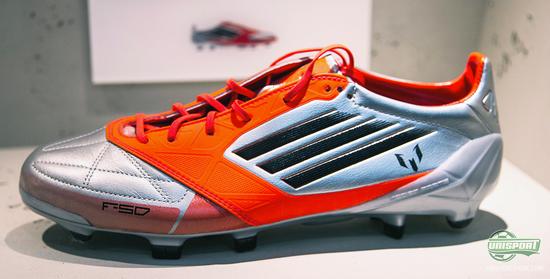 There are many other iconic boots on show  personalised with Messi's name, logo and the Argentinian flag and this definitely looks like a trend Messi has been running for a while. On the last couple models Messi has even gotten his own logo from Adidas, which adorns the outside of his F50-boots. 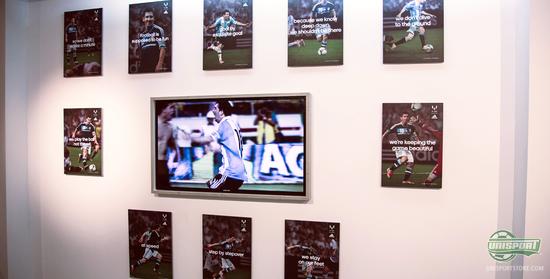 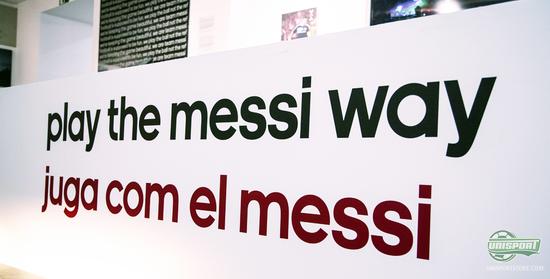 It was however not only historic boots we found in the Messi museum, because there was also playing shirts, loads of iconic Messi pictures and even films, which visitors will have the chance to interact with. The theme of the museum was the new Messi-mantra, which celebrates players with a good on-pitch attitude and this message really shines through when you look around the place. 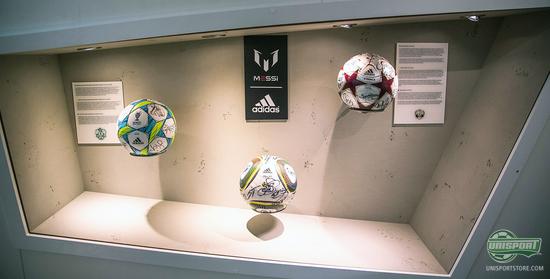 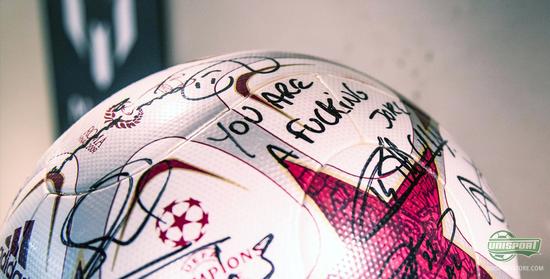 At the same time Adidas had also been allowed to borrow some of Messi's private match balls, which the Argentinians team mates have written on  among the good humorous comments, there was a pretty funny message, which just shows how good he is, as one of his team mates had written: You're a f**ng joke, which seems to speak for itself. 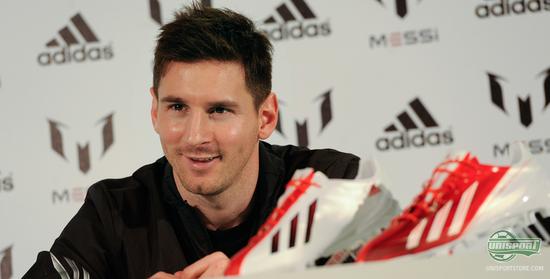 After the trip to the Messi Museum it was time to move a little deeper into Barcelona, where Messi himself had invited to a press conference, where media from all around the world where gathered. Jakob had secured a seat on the front row and was therefore within touching distance of Messi. Here Messi talked about his experience and involvement with the design of his own boot: It was a good experience. It wasn't the first time I did something like that and I hope to get more opportunities like this in the future. 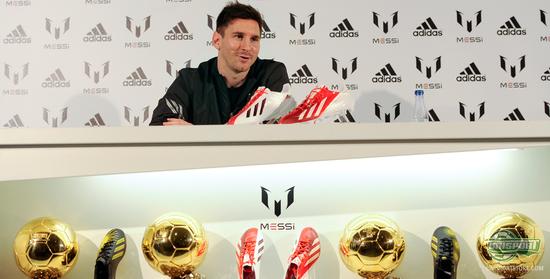 The Argentine also talked about what it meant to him designing his own boot: I am really happy about it and it is naturally a bit of a boyhood dream coming true, getting a boot with your own name on it. I think it may serve as an inspiration for the younger generations."

Messi was also asked, what the biggest moment in his career was and after some consideration he answered: My biggest moment is my entire career  because I've tried so many things, which have made me who I am and this is both positive and negative things. I can't point at a single event as the biggest. 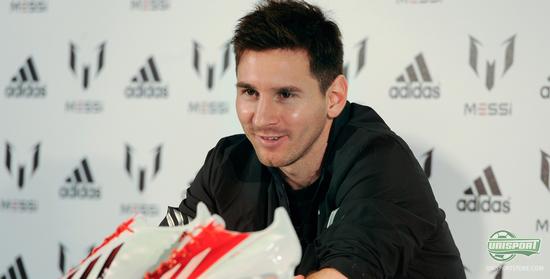 A journalist from Portugal couldn't resist the tabu temptation and asked the question  who is best, him or Ronaldo? Messi just laughed  and said he was expecting the question. Ronaldo and I are just two footballers, who are doing their best and win titles. We are not in direct competition and I have lots of respect for Cristiano. 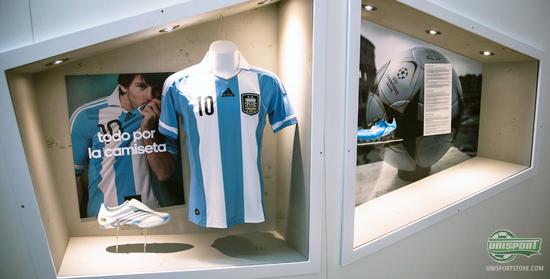 Lionel Messi was also asked about the rumours that Rooney and Bale were coming to Barcelona, where he was very diplomatic; I would love to play with some of the best players in the world, but I don't know if they will ever leave their clubs. But it would definitely be fantastic to play with them. 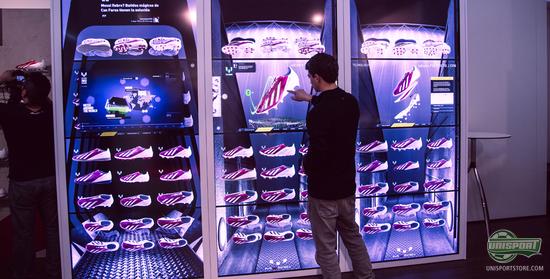 Adidas' Messi museum is an amazing event, but the museum will only be up for a month. In this period, fans of Messi will have the chance to go in and experience his legendary boots, trophies and just take in the whole Messi-feel. What do you think about the idea behind the museum  and which boot is the coolest, Messi has ever played in?