The Champions League has finally been kicked off again and the worlds biggest club tournament again delivered a show, worthy of our sky high expectations. An average of three goals per game is hardly anything you can complain about and on top of that we saw some of the absolute favourites clash. We round up the goals of the midweek and the best boot spots right here. 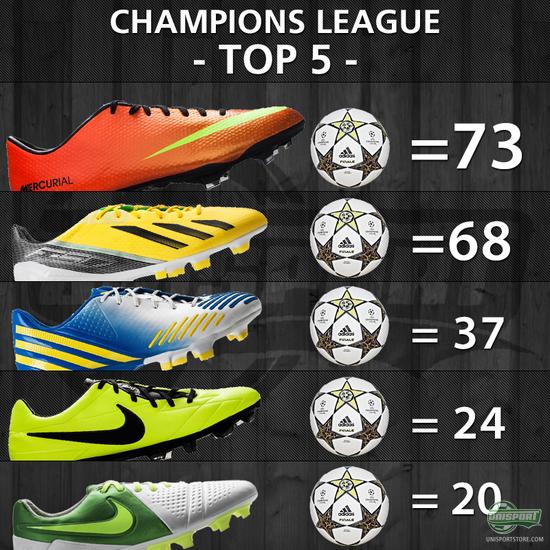 In the first three 1/8-finals there was scored no less than 12 goals and this definitely impacted our top scorers boot list like this. There has been no movement at the very top, where the F50 Adizero and Nike Mercurial Vapor IX have really pulled away. We are starting to get an indication of the final scores, but maybe next weeks games can change that? 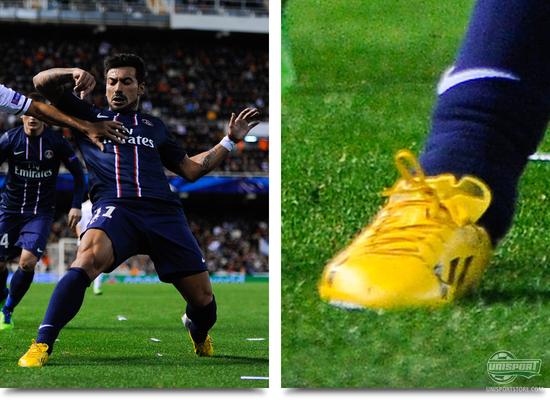 Ezequiel Lavezzi (PSG)  Adidas F50 Adizero Yellow/Black The tournament restarted last Tuesday and here the F50 Adizero got of to an excellent start, when the Argentinian attacker Ezequiel Lavezzi opened the scoring for PSG. The former Napoli player is starting to heat up, after a fairly chilled start to life in Paris and you would think he could put a few more goals to his name, before the Champions League is over. 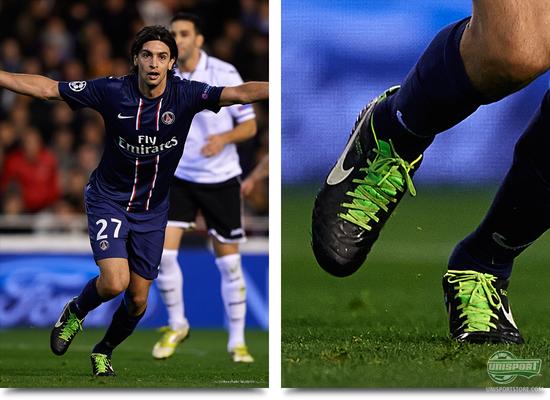 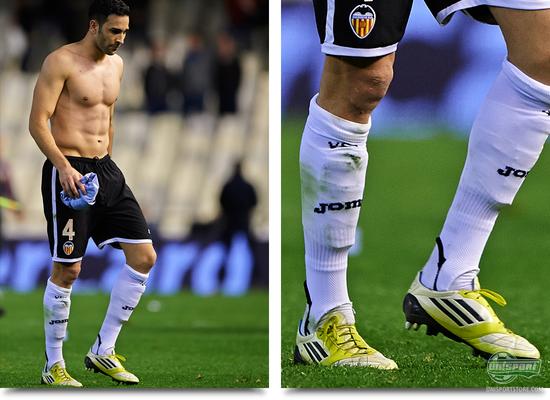 Adil Rami (Valencia)  Adidas F50 Adizero White/Lime/Black In extra time there was pumped extra excitement into the tie, when Zlatan Ibrahimovic first saw red and then Adil Rami reduced the deficit for his team to 1-2. He did so in the former generation of Adidas F50 Adizero in White/Lime/Black and therefore keep the hope alive for Valencia, who will be travelling to Paris to try and secure their spot in the quarter-finals. 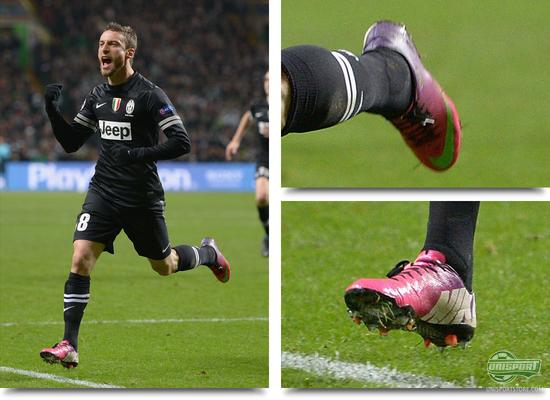 Claudio Marchisio (Juventus)  Nike Mercurial Vapor IX ACC Purple/Green In Tuesdays other 1/8 final the boot currently occupying top spot, finally got its name on the board. It was first midfielder Claudio Marchisio, who got his team into a commanding 2-0 lead and then Mirko Vucinic, who recently changed out of his Tiempo Legend IV, who ended the game as a contest and equally dimmed the otherwise admirable Scottish supporters moods. 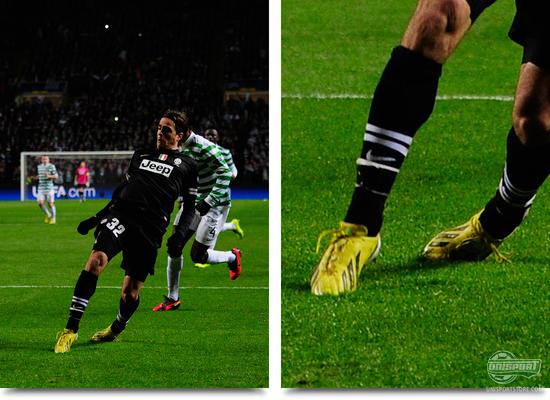 Alessandro Matri (Juventus)  Adidas F50 Adizero Yellow/Black Now if the Vapor IX thought it was going to get away without a fight, it would have been gravely mistaken, as Italian Matri, playing in Adidas F50 Adizero, also got his name onto the score sheet. He continues his excellent run of goal getting for the Italian champions, when he poked his team in front, whose hopes of advancing look all put over. 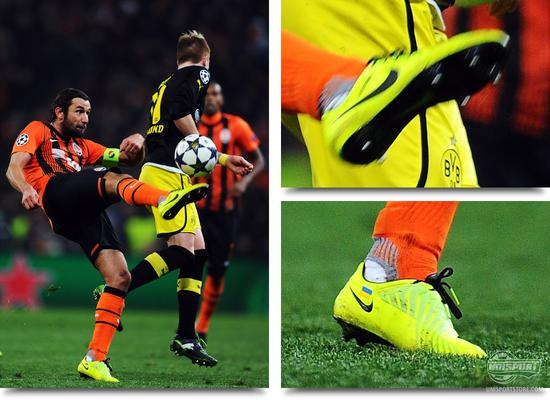 Darijo Srna (Shaktar Donetsk)  Nike T90 Laser IV ACC Volt/Black/Citron In the rounds so far most goallicious tie, it was especially this boot that made an impact, when it netted twice. The Ukrainians captain Darijo Srna gave the home side the lead with his Nike T90 Laser IV Volt/Black/Citron and therefore does his bit, to make sure the T90 can secure its place in the lucrative top five. 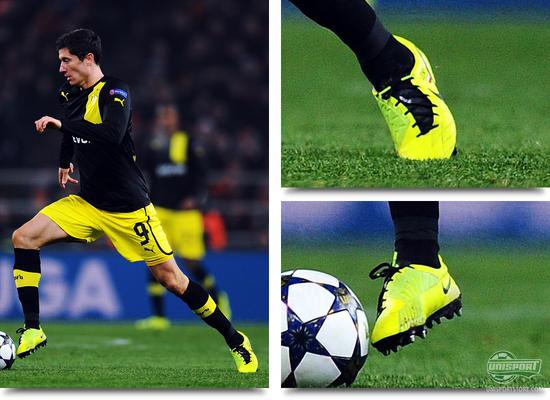 Robert Lewandowski (Dortmund)  Nike T90 Laser IV ACC Volt/Black/Citron The Polish striker probably couldn't have chosen a boot that matched the Dortmund kit better and he seemed very much at ease, when he equalised to 1-1 against Shaktar Donetsk. It is still a little unclear whether or not his goal was intentional, or if it was a complete fluke, but it definitely looked fun when he volleyed the air and sent the entire defence the wrong way. 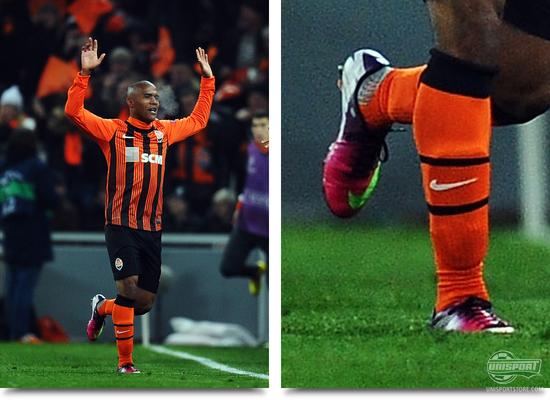 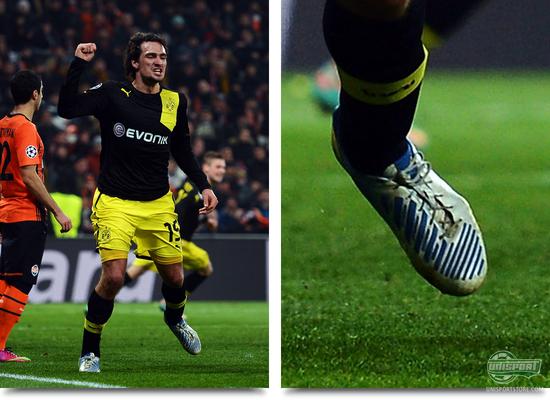 Mats Hummels (Dortmund)  Adidas Predator LZ White/Blue/Yellow This is because the Germans from Dortmund had an ace in hole. One of the most coveted defenders in the world stole the show with a last gasp header. He could without leaving the ground, head in to make it 2-2, which gives the German Champions a very good chance of advancing to the final eight. Hummels was wearing his Adidas Predator LZ White/Blue/Yellow and was therefore the only scorer wearing the Predator so far. 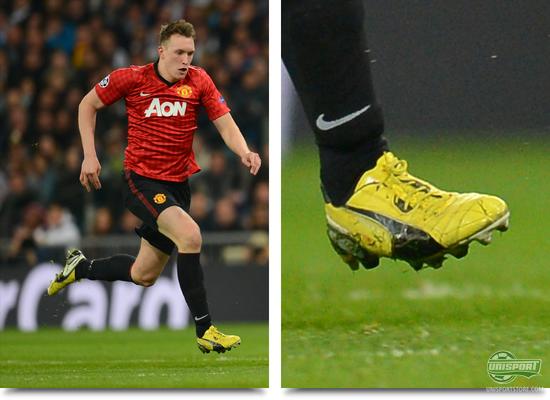 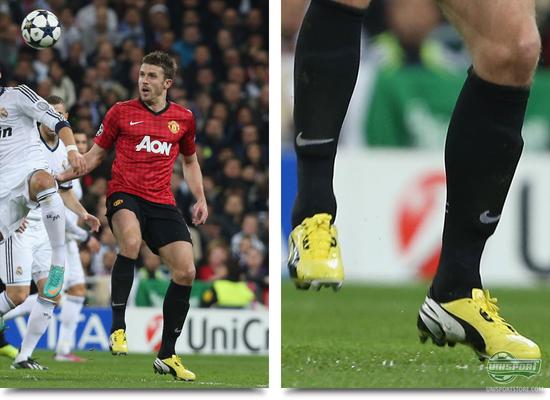 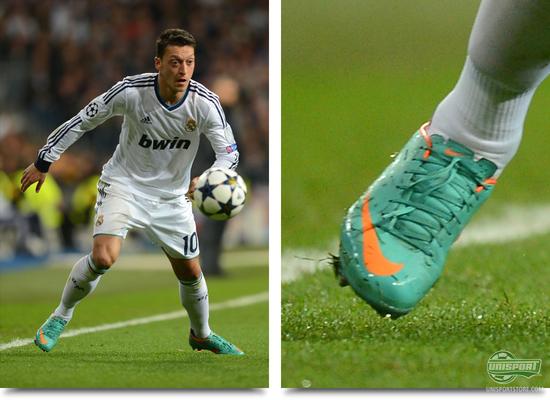 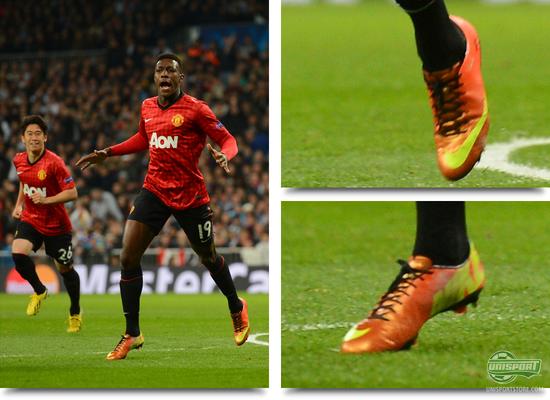 Danny Welbeck (Manchester United)  Nike Mercurial Vapor IX ACC Sunset/Volt/Total Crimson It would take 20 minutes, before the first goal was scored at the Bernabeu and it was directed in by the young Daniel Welbeck. He bulged the back of the net wearing his Vapor IX ACC Sunset/Volt/Total Crimson and put the Mancunians in a very healthy position for the return leg at Old Trafford. 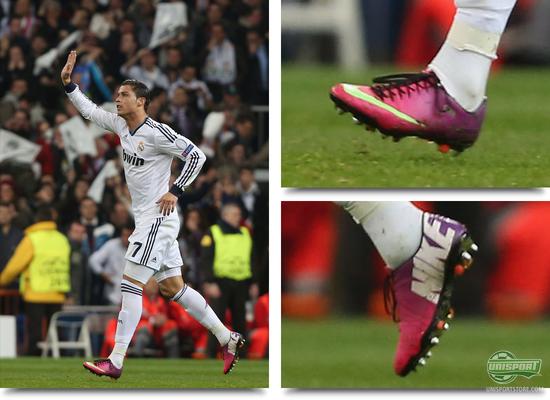 The long awaited return of Champions League was a welcomed sight for all football fans and as always the football was top drawer. What did you think about the first 1/8 finals? Who do you think will advance? Which boot do you think will end up the most scoring? Share your thoughts in the box down below.