The Argentine Lionel Messi stole all the headlines last year and the Barcelona-star's brilliant season culminated when he last week, wrote himself into the history books, as the first ever in history, to win the Ballon d'Or four years on the trot. Messi is and has been for the last 4 years, the worlds best football player and this is something Adidas have decided to honour.

Adidas and Lionel Messi go hand in hand and the magic footballer completes his almost impossible feats, in the ultralight Adidas F50 Adizero. This is also the boot, which Adidas have chosen to base their design on, when they had to attribute their golden bird. They have therefore designed this exclusive Adidas F50 Adizero Ballon d'Or, that we will only be able to see at the feet of Barcelonas nr. 10 and which you actually have a chance to win. 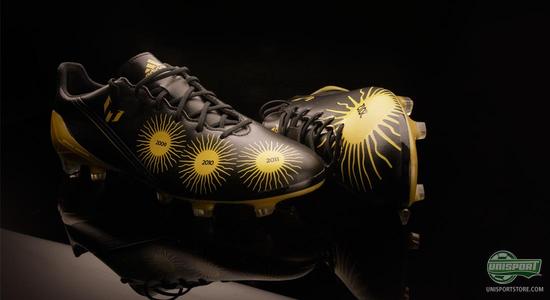 For the first time ever a player has managed to win the award as the worlds greatest footballer four times and when you then consider it is in a row, it just makes the achievement even more impressive. He overtakes legends like Michel Platini and Marco van Basten in the history books and it doesn't look like Messi is planning to slow down any time soon. 2012 was truly his year and you can't begrudge UEFA the decision, when you look at the list of accomplishments and records he has conquered, in the last calendar year. 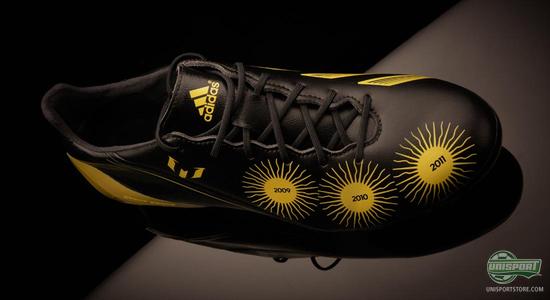 Messi crowning achievement this year has most definitely been beating Gerd Müllers 40 year old record for most goals scored in a calendar year, where the Argentine didn't just settle for beating it with one or two goals; he trashed it with a goal tally of 91, which is six more than the formerly mentioned German. You can read more about Messis fantastic 2012 right here, where you can, among other things, see which colourway the Argentinian scored the most goals in. 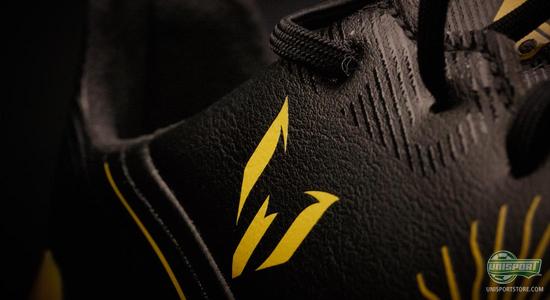 It is almost a given, that Messi will score in Adidas' latest creation: F50 Adizero Ballon d'Or. It is a pair of especially designed football boots, that have been made as an homage to the man, who has almost become larger than words could ever hope to describe. The boots may be based on his favourite boots the Adidas F50 Adizero, but it's actually not just the design, that has been modified. 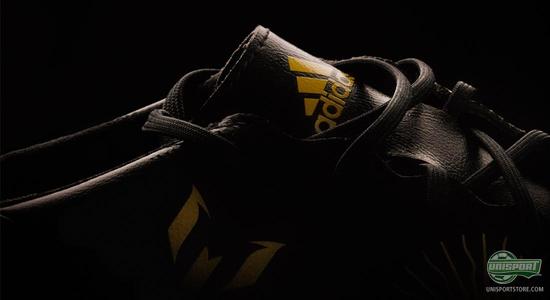 We will however start with the design, where Adidas have chosen to start off with a black canvas, to base their design around. The accent colour to accompany the stylishly clean black, is the classy and regal gold, which is most noticeable in the shape of the four Argentinian suns, that we know from the countries flag. Furthermore, each of the four suns has been decorated with inscriptions of the years, in which Lionel Messi won the Ballon d'Or. 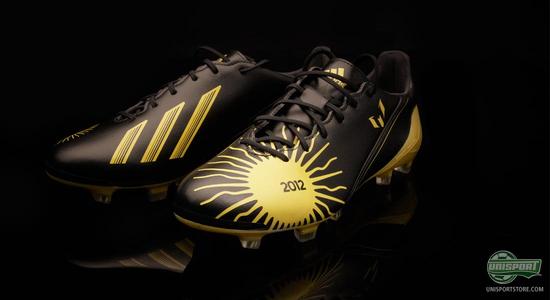 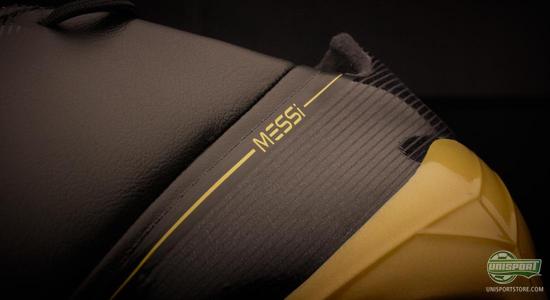 On top of that, Adidas have also incorporated references to Lionel Messi several places on the boot. For example on the lateral side of the boot, where they have put Messi's own logo, as well as, on the heel, where the superstars name is written. It is not the first time, that Adidas honour Messi like this, as he also received a pair of exclusive boots last year, where he also won the prestigious award. 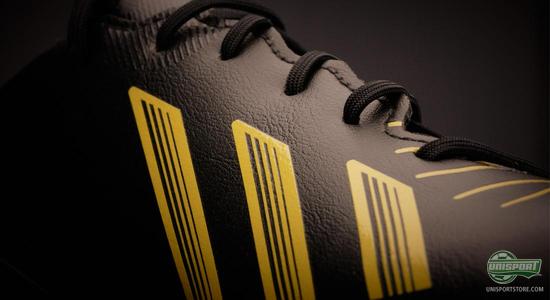 Adidas F50 Adizero Ballon d'Or is not quite like the regular version, as the Adidas stripes are very different to the ones we know. On the normal leather version, which Lionel Messi preferes, the Adidas stripes are also made with leather and are therefore sown on. This is something they changed on Messis own, as they are just painted on, which is very interesting indeed. Whether it's for aesthetic reasons or functionality, is hard to say with certainty. 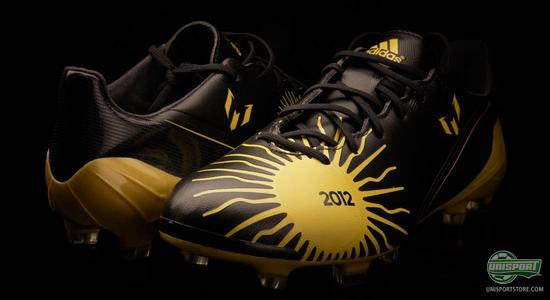 If you think that Adidas F50 Adizero Ballon d'Or is spot on, then you actually have a go at winning a pair. You have to have access to Twitter, where you have to log in and follow @TeamMessi and then retweet the tweet above. When you have done that you are actually in contention to win a pair of the unique football boots. 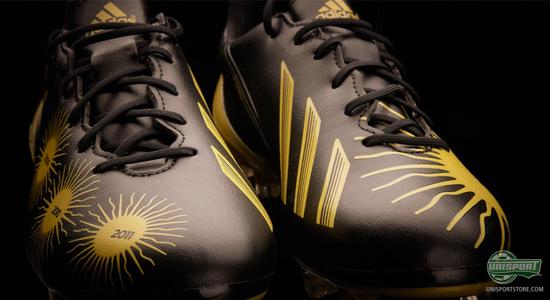 Lionel Messi was ready to give his new Adidas F50 Adizero Ballon d'Or their début last night, but the Argentine might not have broken them in and used his regular Adidas F50 Adizero, so they are yet to have their full-game début. We will probably see them when Barcelona play Malaga for the second time in three days, on Wednesday and it will be exciting to see if they will bring him any goals.

What do you think about Adidas F50 Adizero Ballon d'Or? Will you be joining to competition to possibly win them? Do you think we will ever see a footballer on par with Lionel Messi? Share your thoughts and comments in the box down below.