For many of the big German clubs, the winter break means a trip down south, where the weather is milder, so they can train without having to think about the cold and grey German winter. They have have however not completely avoided the photographers lenses and this has revealed a couple of players wearing the new Nike Mercurial Vapor IX. We have collected all the pictures  and have also found a player, who had the nerve to put a picture of his new boots on Instagram. See them all here. 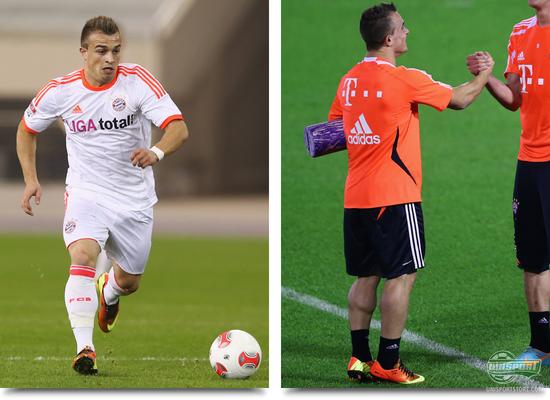 We have previously had a look at Xherdan Shaqiri and Luis Gustavo, as they trained in a pair of Vapor IX, and especially Shaqiri isn't shy to show off his new boots  and has looked to be very fond of his new Mercurial Vapor IX Sunset ever since. 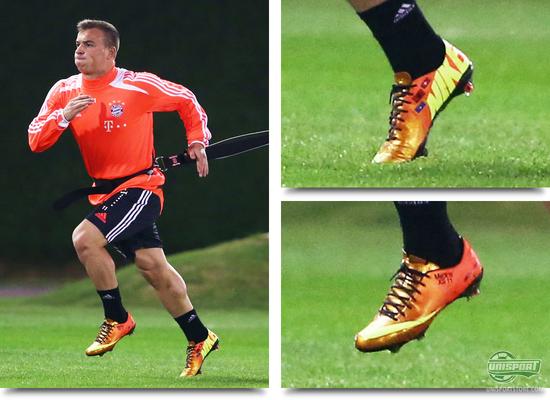 There can likewise not be any doubt, that Shaqiri has had his boots personalised  with three flags on the medial side and embroidered writing on the lateral, he has to be in contention for the prize as the pro, with the wildest NikeID on his boots. 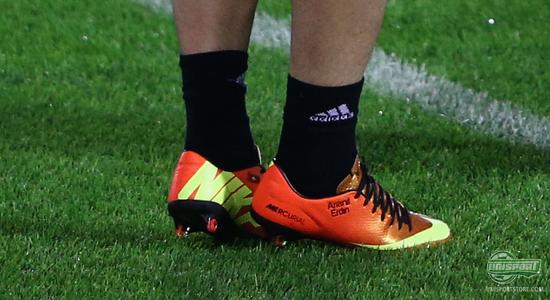 Xherdan Shaqiri also gave his new Mercurial Vapor IX their début in Bayerns training-match against Lekhwiya, the champions from Qatar, and he's therefore very quick to do so  the boot is only due to be released later this month. 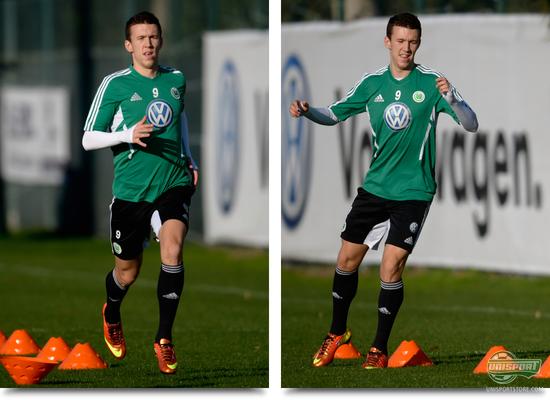 Now Shaqiri has got some company, as Werder Bremens new signing, Ivan Perisic, has also hopped in the new golden Vapor IX. The Croatian got a chance to study his new speedboot, that, as the pictures show, is equipped with a very different upper than the Vapor VIII had. 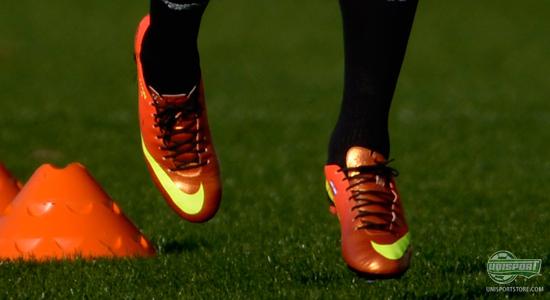 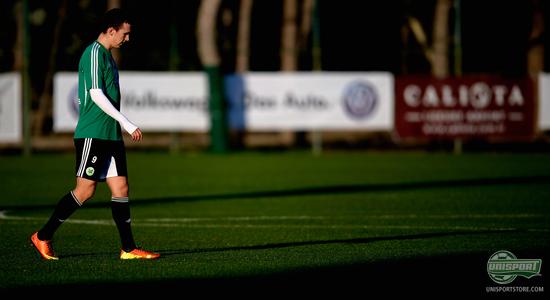 The upper on Perisics boot has a textured surface, and this is very different to the suede-like upper, that you can find on the Vapor VIII. At the same time, it can also be seen on Persics new Vapor, that Nike are holding on to their glassfibre sole, as well as their more than functional stud-configuration. 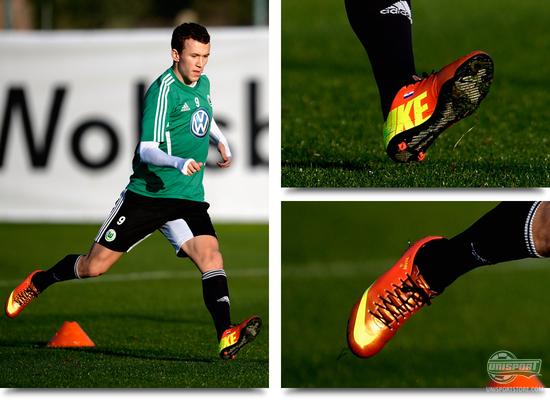 It's turning into a bit of a habit, that brands launch their boots in two colours, when they look to release new models  And it's no different with the Mercurial Vapor IX, as it, on top of coming in the colour, that we've seen Shaqiri, Perisic and Büttner show off, will also come in a Fireberry colourway. 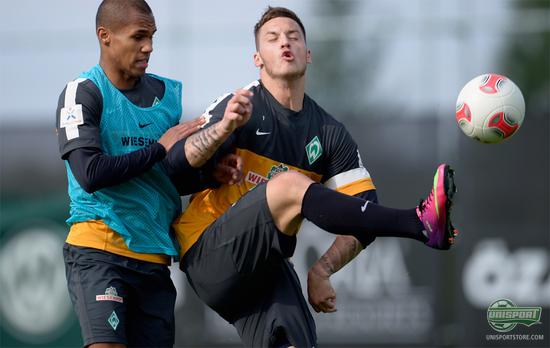 We have already seen Luis Gustavo from Bayern, and now there's other players from German clubs, that have hopped on the bandwagon, - Among them; Marko Arnautovic and Kevin de Bruyne from Werder Bremen, that both showed off the purple colourway. 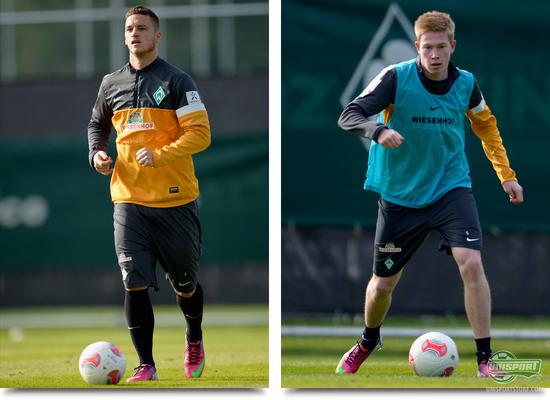 Nike will in other words, try to hit the ground running, with two colours, that really scorches itself onto our radar. - and especially the combination of a purple boot and a green Nike-swoosh, is sure to spark debate. 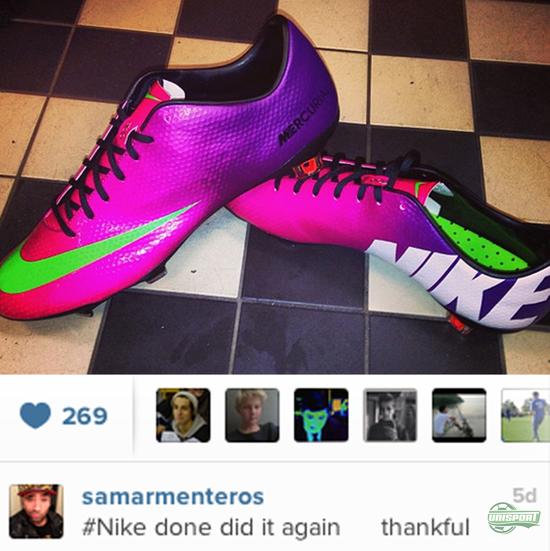 One thing is training in your new boots, but Swedish player Samuel Armenteros, who plays Dutch club Heracles, has taken his obvious enthusiasm, one step further. - He has taken a close-up picture of his new boots on Instagram. Armenteros isn't putting a lid on his joy at getting his new Vapor IX, and shows us the boots in detail, like we haven't seen before. 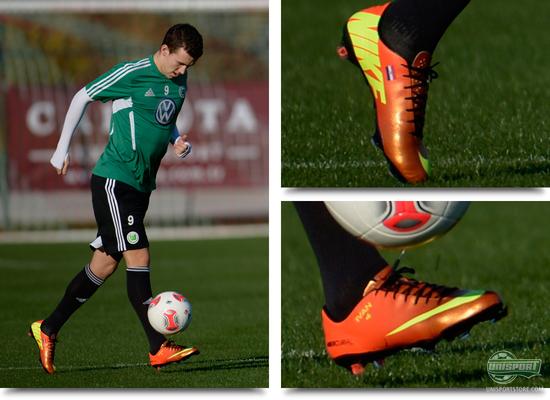 Mercurial Vapor IX is rapidly approaching, and it wont be long before we can officially unveil Nikes new speedboot  naturally with support from Nikes big profiles. Until then we would love to hear your feedback on the new Mercurial boots, so give us your opinion on the box down below. Which colour floats your boat?