Alright, we may have had a spot of snow here in Denmark this weekend, but for the most part it’s starting to feel like spring. That means the street cages are once again the place to be and to celebrate Nike have presented the flamboyant Distressed Indigo Pack last week.

The small-sided game has experienced an incredibly explosive rise in popularity and you won’t find many major cities around the world, where you don’t see the street football cages dominate much of the scenery. With the FootballX collection Nike show their commitment to providing small-sided players with technologically advanced shoes, which perform on par with their football boot counterparts.

The surface of the street cage pitches varies a lot from place to place, but either way the Swoosh squad have you covered, because they make sure the Nike Distressed Indigo Pack, Camo Pack and Radiant Reveal Pack comes in both TF and IC variations. That means it doesn’t matter if you play on concrete or turf, because either way Nike have a pair of top tier shoes to suit the urban environment.

Dominate your opponents in the MagistaX, MercurialX and HypervenomX from the Nike FootballX Distressed Indigo Pack, Radiant Reveal Pack and Camo Pack. Available and on stock right here. 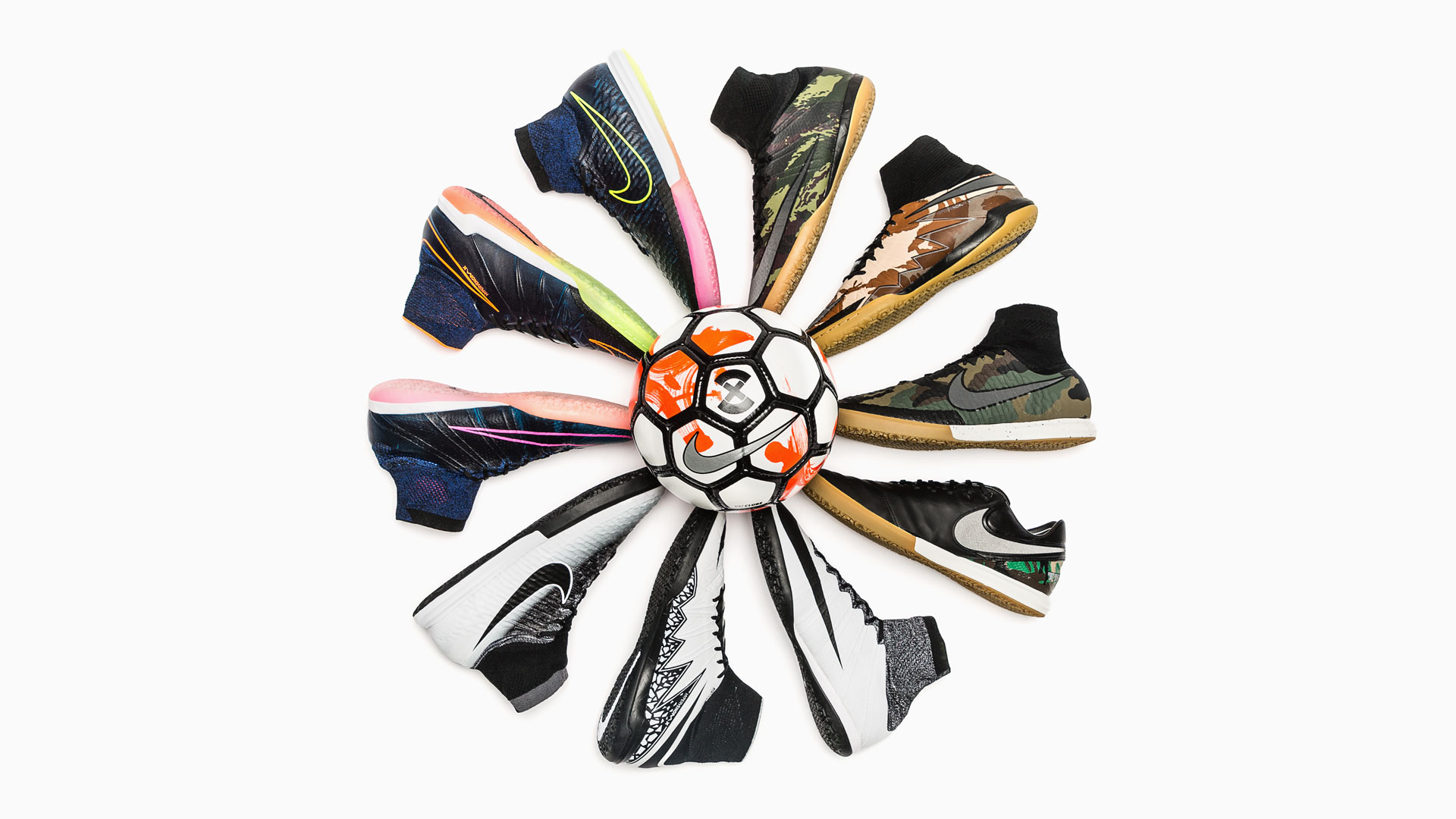