People often ask for the difference between the original Adidas Predator LZ and its lighter 'brother', the Adidas Predator LZ SL, and today we will clarify this once and for all. We have decided to put focus on both models, their differences, and which one to choose, depending on your demands. 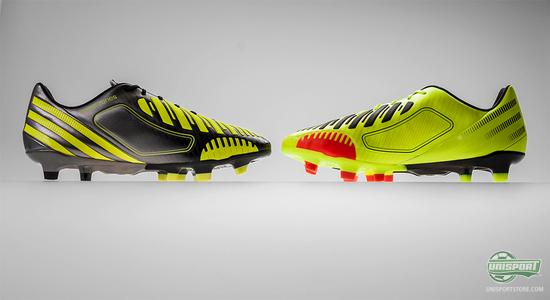 The Adidas Predator LZ is among the most positive surprises of the year, although it got a rather shaky start. A predator boot without a leather upper? What on earth was that? Anyhow, the boot quickly proved its worth as an excellent control boot built around its 5 lethal zones; Pass, Dribble, First Touch, Sweet Spot & Drive. Each zone helps to improve a specific part of your play and your ball control. Shortly after, the Adidas Predator LZ SL landed, this was the tuned lightweight version which we will take a closer look at now. 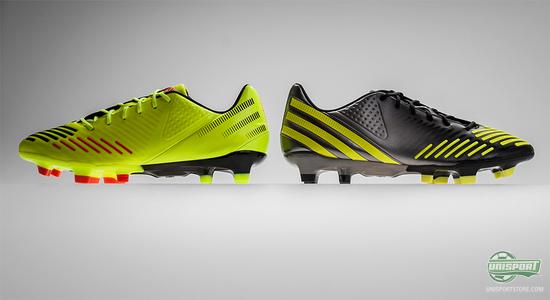 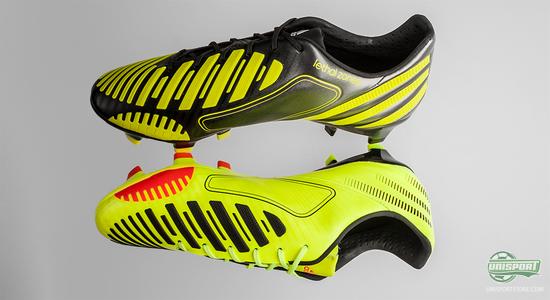 Although the Predator LZ did not exactly come in subtle colourways, the lightweight version manages to attract even more attention. This is no coincidence, it requires a certain person to wear a boot that attracts as much attentions as this one does. It signals that you want the ball... that you demand the ball. You are not the player who hides on the pitch, instead you will lead the game and control the play. 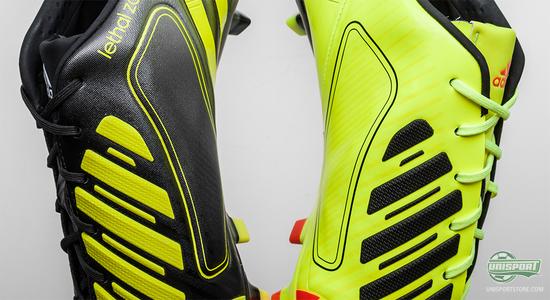 Neon yellow, red and black are the colours of the Adidas top boot in the Predator collection. The lightweighter is definitely eye catching, but how does it differ from its original 'brother'. Lets start with the most noticeable difference, which is the upper. Unlike the Adidas Predator LZ, the SL does not have a Hybrid Touch upper, instead it has a Sprintskin 2 upper. If this sounds familiar, it might be because it is the same material that is found on the Adidas F50 Adizero. The material has been chosen to keep the weight as low as possible, as well as, provide an even better touch similar to the touch in a classic lightweight or speed boots. 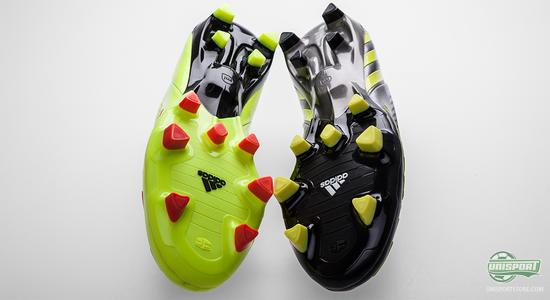 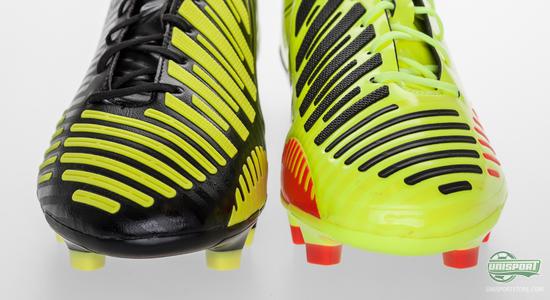 If you zoom in on the Adidas Predator LZ SL, you can see a little plastic strip on the forefoot, which is applied in order to improve the durability. In order to make room for the plastic stripe, the lethal zones have been moved a little. The Adidas Predator LZ has already enjoyed a reputation of being a very durable boot, but a little extra durability surely wont do any harm. We definitely applaud the decision, and believe that more boots should be equipped with such a 'durability strip' from the very beginning. 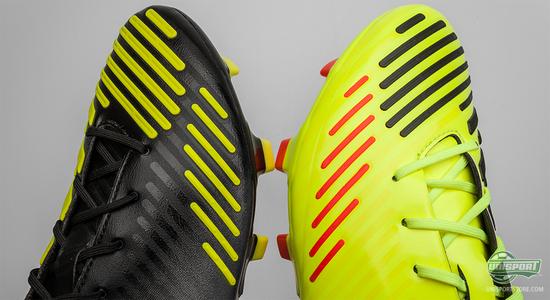 With a weight of just 211 grams, the Predator LZ SL is just 23 grams heavier than the Adidas F50 Adizero leather version, which really proves how light this boot is. The low weight is first and foremost a result of the upper switch, as we have just mentioned, but there is more to it. In order to reach the very low weight, some of the lethal zones have been diminished. At a first glance, this might sound like a negative change, but it really isn't. If you are looking for a lightweight boot, similar to an Adidas F50 Adizero, but with strike improving attributes, this might very well be the best alternative you can find. 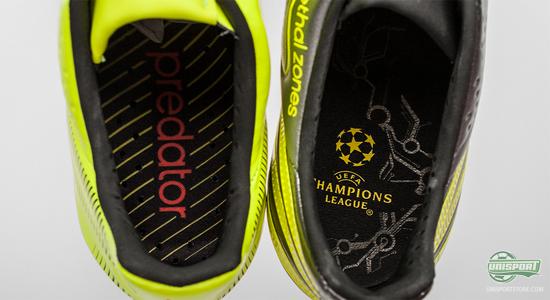 Now back to the lethal zones  on the medial side, Adidas have, more or less, removed the Pass-zone. On the SL model, the Pass zone is still marked with the 3D cover, but the 'padding-like' effect from the original LZ is gone. This has been done in order to keep the weight at a minimum, and although it might be missed, it might also be just your thing, if you are looking for a very close ball feel. Your touch on the ball will become super sharp, just as we know it from the Adidas F50 Adizero; if this appeals to you, then the Predator LZ SL is definitely worth considering 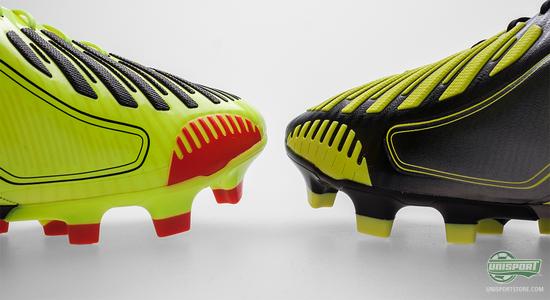 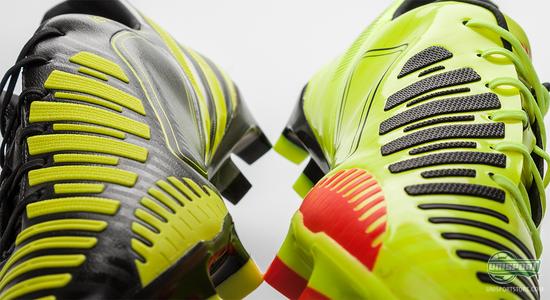 In addition, the Dribble- and First Touch zones are smaller on the Predator LZ SL, and will therefore not have the same effect on your play, compared to the original Predator LZ. On the other hand, the Sweet Spot has been enlarged and the Drive zone has been kept as it was on the original. To sum up, you will get a Predator LZ with a focus on sharpness, with the same strike abilities that made the LZ so popular. Not bad. 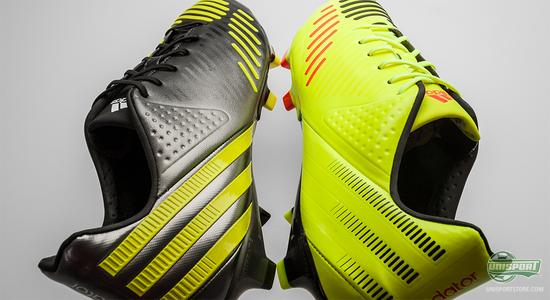 Now, you might wonder which boot will meet your needs and demands the best. The boots might seem very similar, but they do differ on a few key areas; Adidas Predator LZ SL is presented as the boot for the player who demands a close ball feel and low weight. The Adidas Predator LZ, on the other hand, is presented as the ultimate boot for the playmaker, who needs a good all round boot in order to be able to do everything from short, accurate passes, to dribble, strikes, as well as, demand excellent comfort.

The two boots might very well split the crowd and attract different players. Although they are 'brothers' we are talking about two different boots. Which one do you prefer? What do you think of both models respectively? Feel free to leave a comment in the field just below.