Where do I even start? I’m not exaggerating when I say this is the most excited I’ve felt for a football boot basically ever and I’m not alone, because the Unisport Office is completely on its head! Introducing the ‘What the Mercurial.”

I believe the words JayMike used was: “OHH MY GOD HOW FLIPPING AWESOME IS THIS! I WANT ONE, NO SCRAP THAT I NEED ONE!” It’s the single most crazy thing I’ve ever seen launched and even though I’m struggling to focus enough to even write this, I’ll try to give you an overview of the introduction of the “What The” concept to the world of football boots and the Mercurial silo.

The Mercurial collection has for eighteen years been a flagship silo for Nike and represented the pinnacle of style and speed. With the Nike Mercurial Superfly IV “What the Mercurial?” they take inspiration from 16 of the most influential and legendary Mercurial boots and mash them up. It’s off the wall, but for boot nerds like us and many of you out there, it’s enough to send our hearts into complete overdrive.

Per definition being “Mercurial” means you’re unpredictable and this move from Nike is as mind blowing as it is absolutely brilliant. If you can’t quite identify all the 16 Mercurial boots that changed the game and now make up the “What the Mercurial?” are the following: 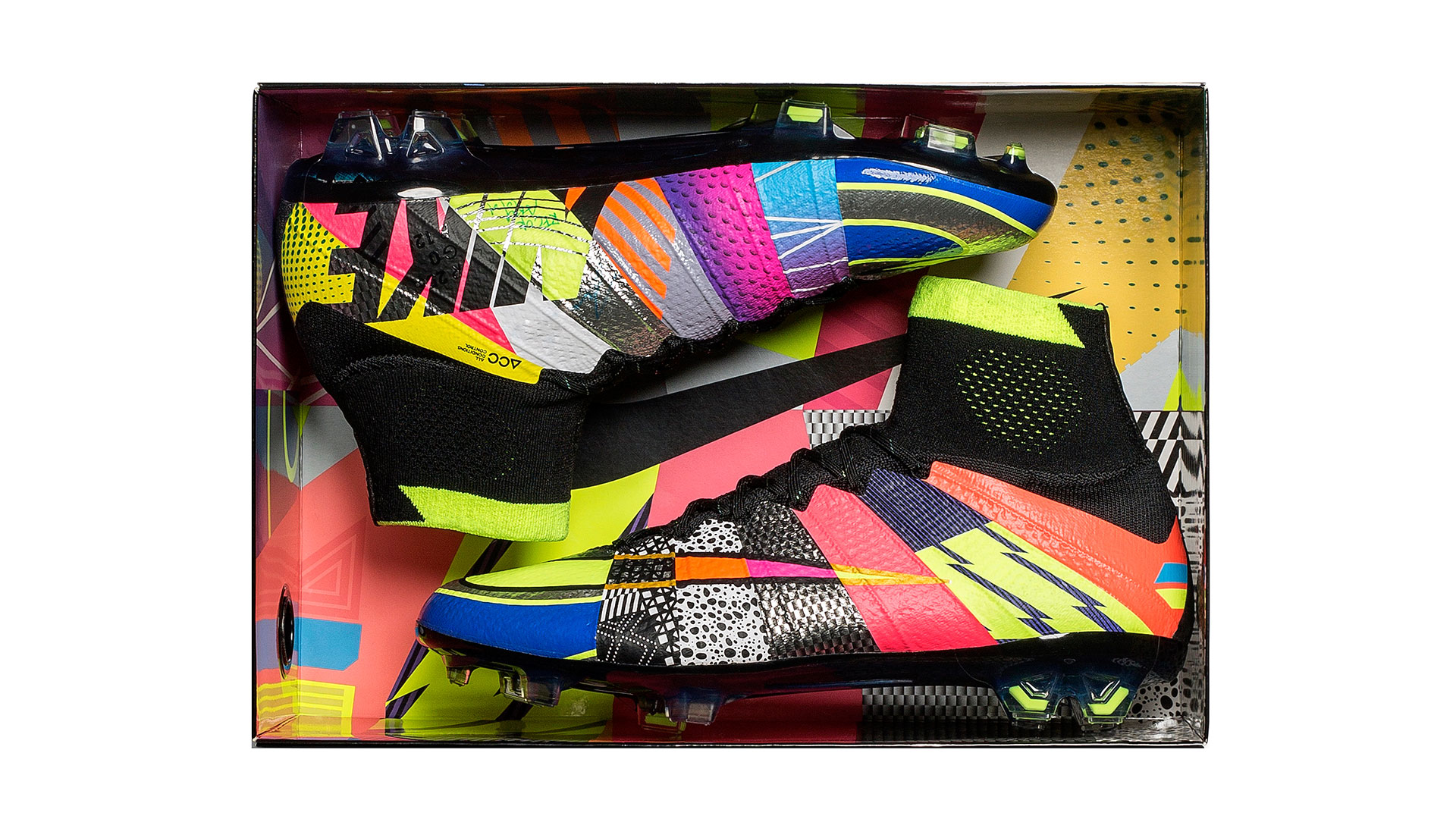 The “What The” concept is one Nike have used before in the world of Skateboarding and Basketball, which in both spheres have been very popular. However, that being said, even though I might be a little football-bias here, it has never been used to a degree that looks this good and will cause this much of a stir!

The Limited Edition “What The Mercurial?” isn’t short of awesome details, but one particularly excellent one is the specially made boot bag and box, which accompanies them. The boot bag features a timeline, which shows the launch of the historic models that inspired it.

The new Nike “What The Mercurial?” has very much come out of the blue and we have only just gotten a pair we can take pictures today. We are far from done showing our affection for this boot and will be exploring it from every angle very soon.

If you like many others want to know when you can get your hands on them, then the Limited Edition Nike “What the Mercurial?” will be available on unisportstore 12th of May, at 9:00 AM CEST..