About a year ago New Balance stepped onto the big football stage with two new football boots. Furon and Visaro. Now New Balance are ready with a new generation of their strikers boot. Read more here.

When New Balance unveiled two newest creations it was with a clear strategy: the New Balance Furon is for taking chances, while the Visaro is for making chances. Especially the Visaro struck gold and became very popular, while the Furon entered an incredibly competitive market of attacking speed boots, which it struggled to really compete with. Now New Balance have constructed a completely new generation of Furon and our first impressions from holding it are very, very positive.

The foundation and formula for the boot is the same. The boots leading men are still Negredo, Navas and Tim Cahill. If we go into details there have however been small changes and adjustments, which make a very large impact. I’ll take you through them down below! 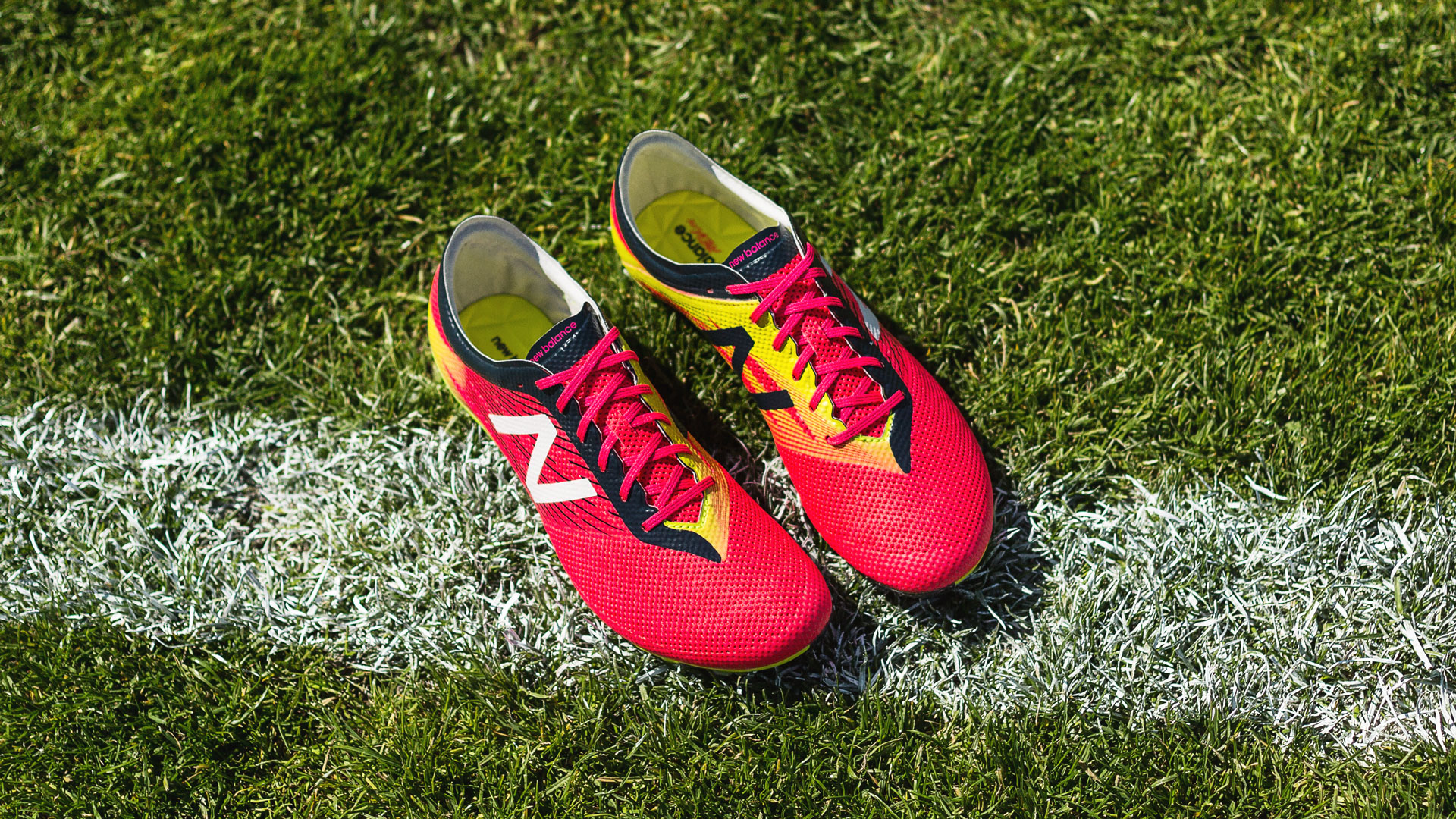 Hybrid Mesh Upper - Easily the change I’m most excited about, as a big overhaul has come the way of the upper. The upper is now made from a mesh, which increases comfort and allows for sharper ball control, as well as a cleaner strike surface.

Sprint Inspired Collar - Another one of the big changes on the Furon is the newly developed “collar” around the ankle. The reason for the quotation marks is that it’s not a collar, like the ones we see on Nike and adidas boots. It is however created for the same purpose, which is to give players greater movability and acceleration. The comfort around the collar seems like it works very well and it would appear New Balance have hit the nail right on the head here.

Top Line Lacing - Another difference compared to the previous generation is the tongue. First generation had the so-called “Burrito lacing”. New Balance have now gone away from that and have instead chosen a more traditional construction. This has mainly been done on the background of feedback from players, who wanted greater comfort around the tongue. That’s well and truly solved now and all in all it seems like New Balance have really worked to up the comfort-factor on the new boots.

When you introduce a new generation of football boots, it is important you make sure the changes made are only for the better. This definitely seems to be the case with the New Balance Furon II. We will naturally be taking a much closer look at it and actually Luca is currently testing it for a review. If you want to get a glimpse of his testing, then check it out on our Snapchat ‘unisportlife’ right now.