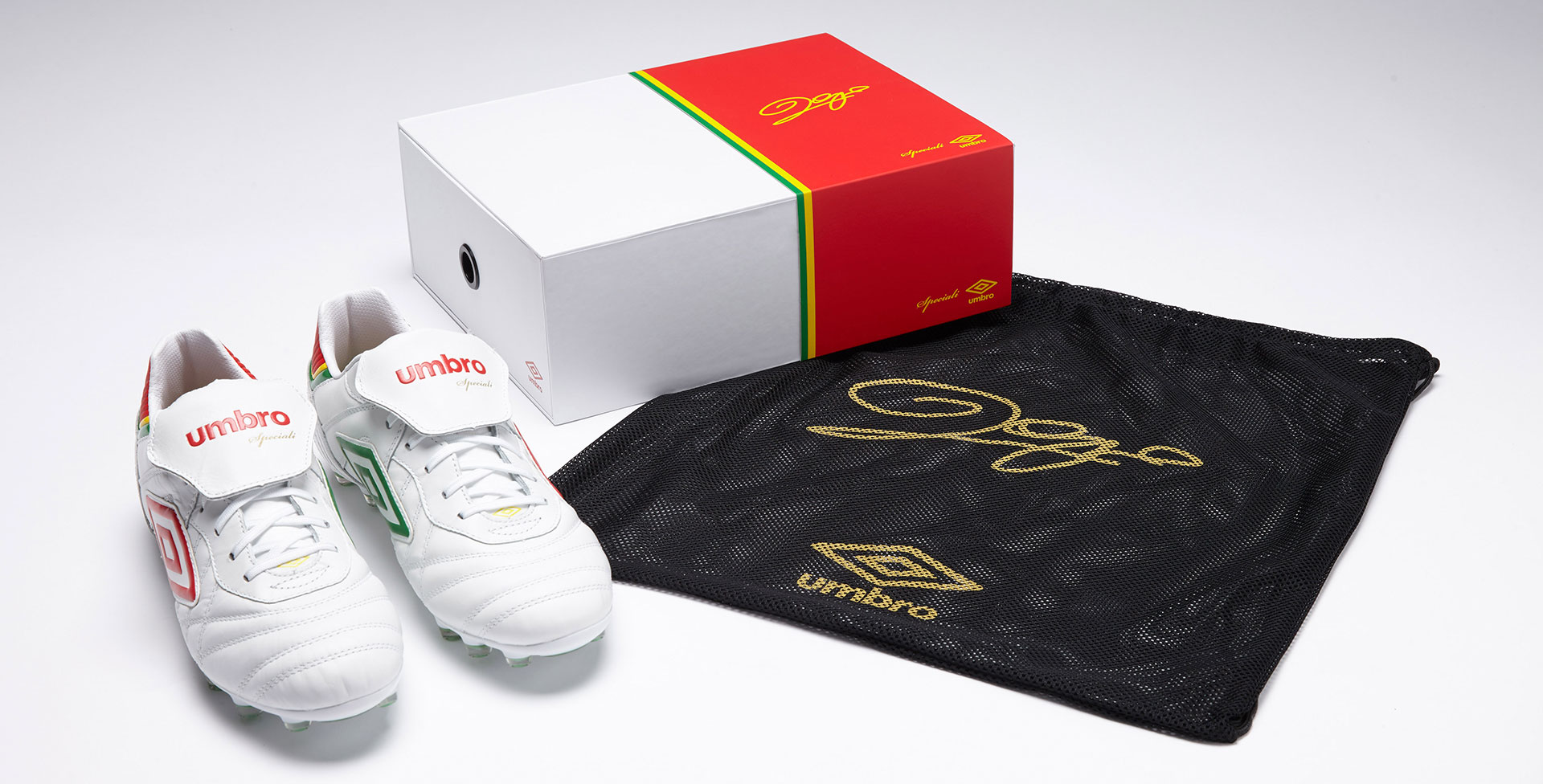 I probably wouldn’t go as far as describing Pepe as an elegant defender, but what he lacks in finesse he certainly makes up for in sheer effectiveness. He has been an integral part of the star-studded and multiple title winning Real Madrid squad, as well as the undisputed leading athlete under the Umbro banner. Now the double diamond have presented a new signature Umbro Speciali Eternal for Pepe, as he prepares for the Champions League final on Saturday.

As you have probably gathered from the pictures, the inspiration for the elegant new boots comes from Pepe’s home country, Portugal, who he will also represent at EURO 2016. The classy new design will be found on the timeless Speciali silhouette, which through its supreme leather upper combines a soft touch, comfort and durability.

It’s not all old-school on the Umbro Speciali Eternal though, because the Manchester-based tech team have utilised some of their most modern technologies, which make sure the boots live up the standards of any top-level athlete like Pepe. Among these are the A-Frame, which gives stability around the midfoot, as well as the ‘Wishbone’ technology that is incorporated into the soleplate and gives controlled support for your feet. Both help you improve your power, whether it be when you strike the ball or tackle your opponent.

The Limited Edition Umbro Speciali Eternal Pepe are available right now, so if you too enjoy the fine art of defending and elegant football boots, then find them here.