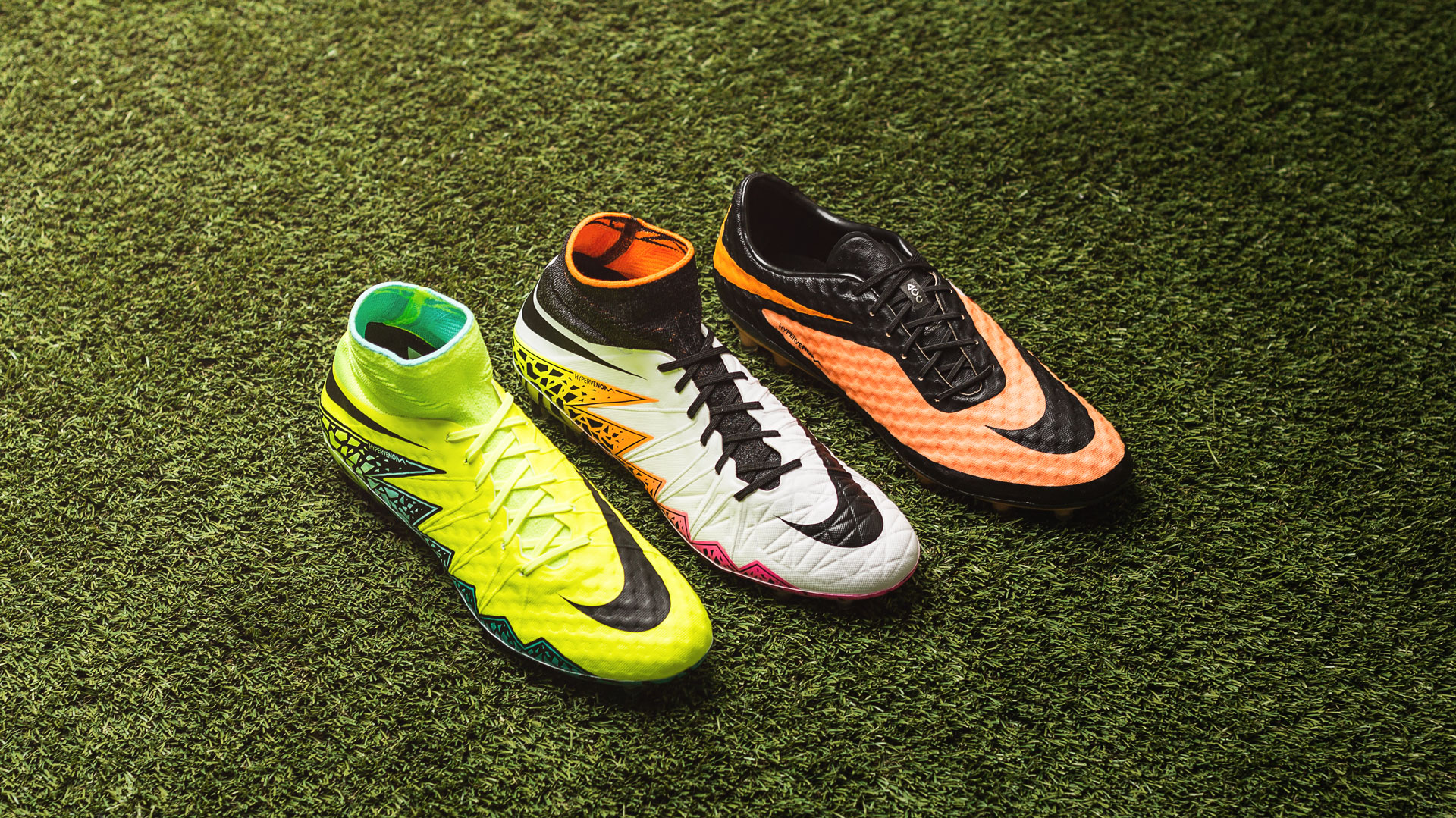 When the Hypervenom II was unveiled last summer, it didn’t get quite the feedback Nike were hoping for. They have now taken action to fix that and bring back the NikeSkin upper.

The Hypervenom Phantom I ranks very highly among many footballers favourite boots ever, so when Nike introduced Hypervenom Phantom II in the summer of 2015, it was met with plenty of hype. But as more and more people got to try it, it became clearer that the experience was a little different now. And that wasn’t because Nike had added the Dynamic Fit Collar or Flywire.

No, it was the absence of NikeSkin that had people questioning the boots. Nike have since admitted that the feedback from their athletes wasn’t all positive either and that’s why they now switch things up on the EURO colourway, by bringing back the NikeSkin upper. In the following text I’ll be giving you an overview of the brief history of the Hypervenom silo.

From NikeSkin to Dynamic Fit Collar and Flyknit

The Hypervenom was introduced in 2013 with a completely revolutionising and new synthetic upper, which Nike dubbed NikeSkin. NikeSkin is a soft and flexible mesh material, which is linked together by a thin polyurethane coating. An upper that truly gives you a true feeling of barefoot football, which is something Nike always strive to achieve. After two years though, Nike brought their newest innovation to the Hypervenom and to make room for the new Dynamic Fit Collar they changed the upper. And that’s where things went a little south...

Back to the original NikeSkin

Even though the Nike designers still called the upper NikeSkin, we all have to admit that it really didn’t feel much like the NikeSkin upper we knew and loved. It was stiffer, thicker and didn’t really feel flexible and comfortable. This was exactly the feedback Nike got back and instead of risking developing something entirely new, they decided to bring back the immensely popular NikeSkin.

That being said, the upper isn’t exactly the same as the one on Hypervenom I and that probably has something to do with stability and durability. One of the problems with the Hypervenom I was initially that the upper simply didn’t last long enough, so here Nike tried to keep some of the durability from the II.

The Hypervenom Phantom II is naturally a completely different experience, because we have never tried playing with the NikeSkin upper paired with the Flyknit Dynamic Fit Collar. But following that train of thought, you could think that the Hypervenom Phinish is just a Phantom I now? Well, here the answer is… Kinda. Yes, because the sole and last are the same, as well as the NikeSkin upper. No, because there are still a few changes that separate them.

First and foremost there are the Flywire cables , which were included in the generation update. They make the upper a little more stable and makes sure it doesn’t expand. Flywire is created to give the foot support and keep it better locked on the plate. Then there’s the integrated tongue, which helps give you a more personalised fit and combined with the softer NikeSkin upper playing in them will be something entirely different, which I personally can’t wait to try out.

Sign up here and be among the first to get a hand on the new Nike Hypervenom Spark Brilliance boots on the 31st of May.