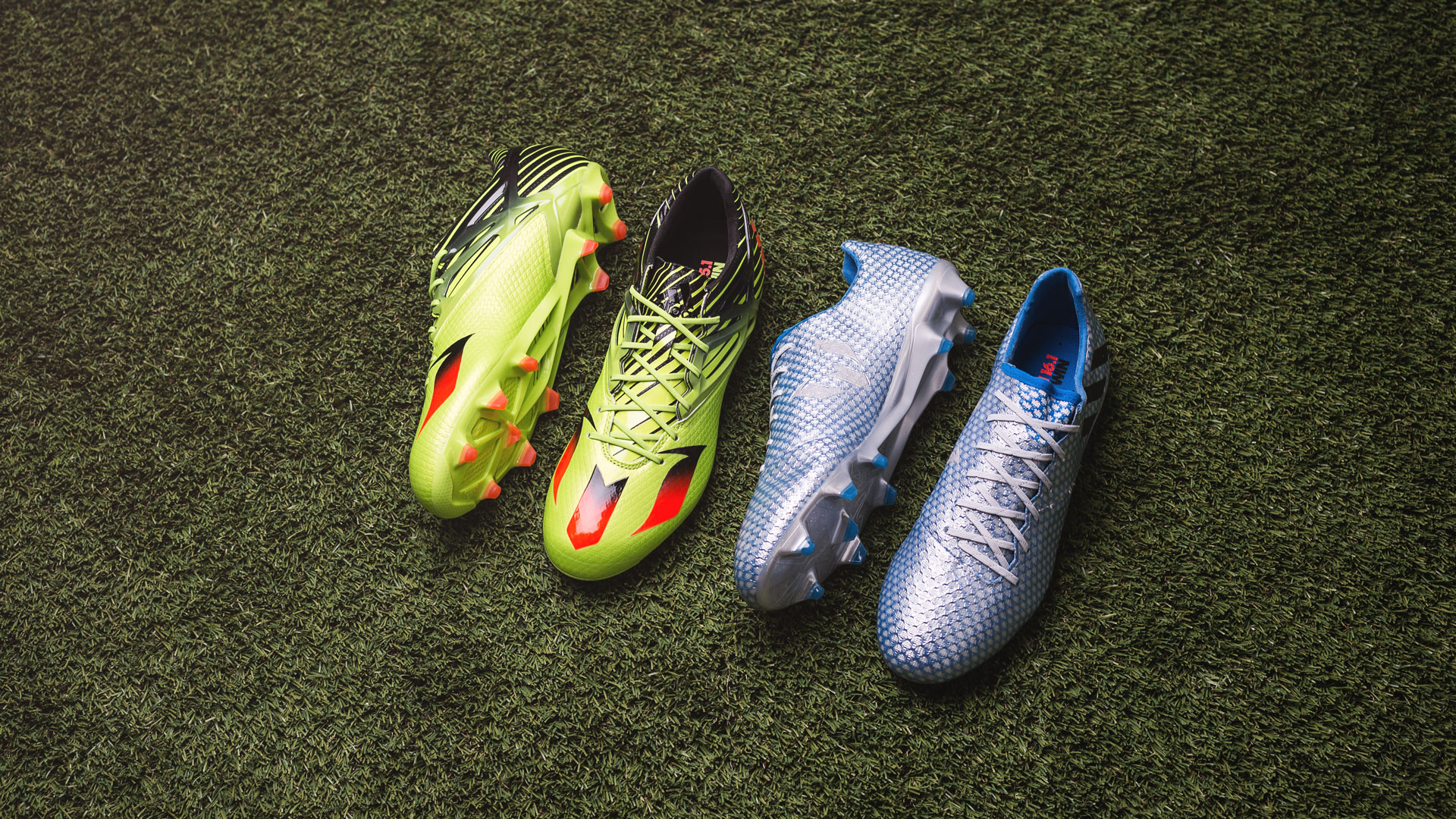 adidas recently presented the 2016 generation of their Messi boots. They are very, very different compared to the previous model, so we thought we would take you through the tech changes right here.

Lionel Messi is a player that needs no further introduction really, and we all know what he stands for. He is all about the fast and sharp twists and turns that leave defenders struggling to keep their footing. With the adidas Messi 16.1 and Messi 15.1 that is exactly what the German brands tech-team attempted to unlock and improve upon, because when Messi’s instincts allow him to react to things faster, he needs a football boot that can keep up.

The changes made when moving from adidas Messi 15.1 to the adidas Messi 16.1 are many, and also very easy to spot, because they have taken place in very key areas of the boot. The new Agilityknit upper is particularly eye-catching, because the entire construction of it looks so drastically different. However, the aim of it is still the same, as it gives close contact with the ball, so you feel connected to everything going on.

While the ball control performance of the two uppers may be about the same, the advantage of the new Agilityknit, as opposed to the MessiTOUCH variation on the Messi 15.1, is the time it now takes to break in the boots. adidas received feedback from their ‘Backed by Messi’-athletes that this was an area that needed upgrading, and as a result they made that a large focus of the new Messi 16.1 boots.

I know I keep going on about the new upper material, but that is really also because the new innovation has made such a big difference to how the adidas Messi 16.1 performs. Adding to aforementioned qualities of the Agilityknit, it also moulds itself to your foot shape to a noticeably greater degree, which gives you a much better feeling of stability in the boot. This increased level of support means that adidas have also been able to remove the MessiFRAME cage-construction that used to wrap itself around the foot.

Judging by the changes made from the adidas Messi 15.1 to the adidas Messi 16.1, it certainly appears to be a very significant upgrade and adidas have done very well to utilise the feedback they received. That’s probably why they have hardly changed the soleplate at all either, because that was pretty close to ideal on the Messi 15.1. Another great call from adidas!

If you want to try out the new adidas Messi 16.1 football boots, then you can already find them right here.