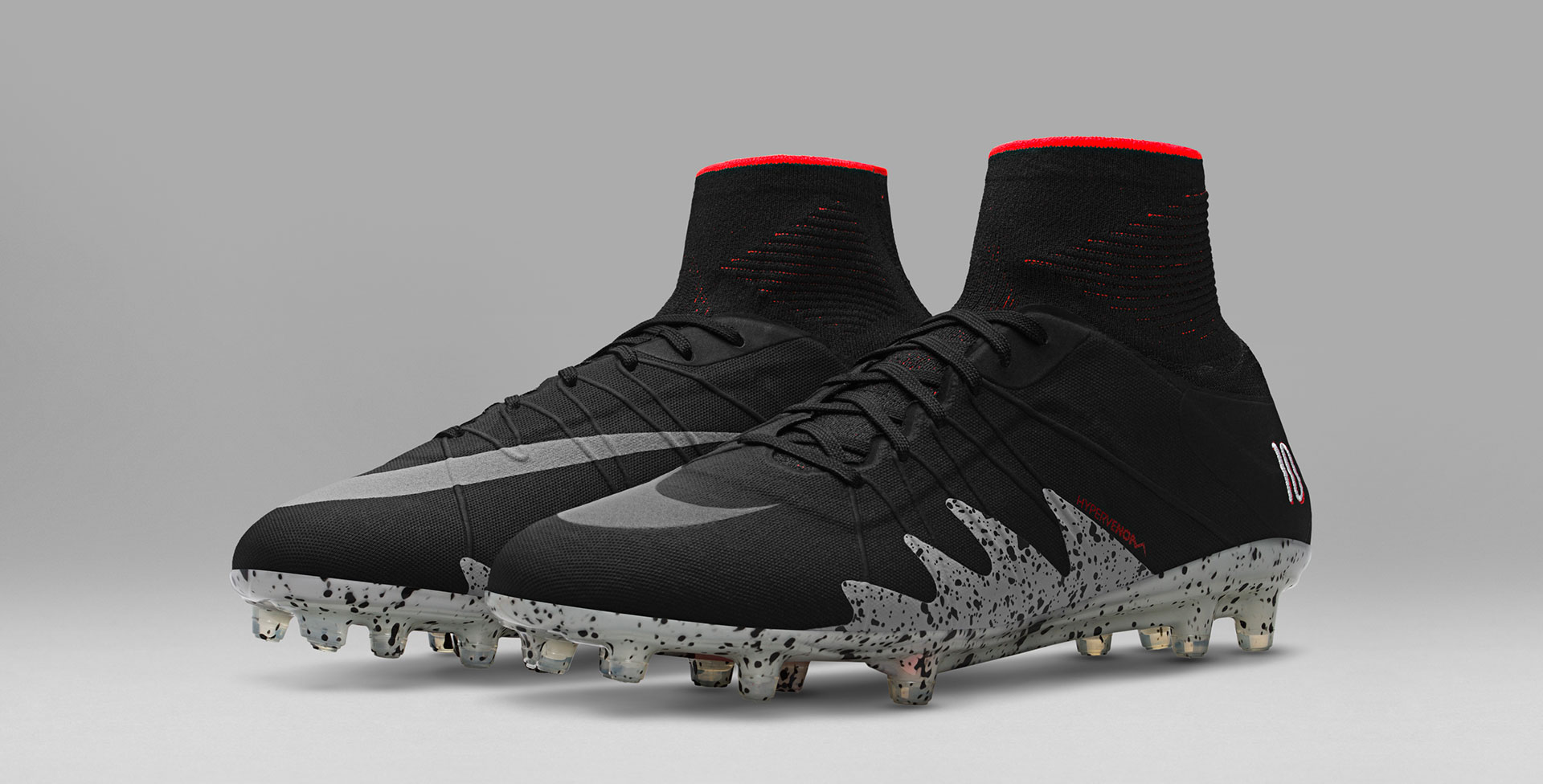 Two global icons meet, as Nike show the full might of their roster in arguably the biggest athlete collaboration of all time. It’s Neymar x Jordan…

Michael Jordan is one of history's biggest global icons and Neymar is one of biggest icons in the world’s most popular sport. The pair now collide to create a spark - a spark of brilliance some might even say, as Nike introduce the Hypervenom Phantom II Neymar X Jordan.

The collectors culture surrounding football boots and sneakers has been around for more than a little while, but hardly ever has there been as much hype around the game as now. The Jordan brand has for decades now been a driving force behind this culture and to fuel the constantly growing interest Nike now present this new collection.

The brilliant new boot design ticks lots of the right boxes and the attention to detail shown by the Nike design team is second to none. The new look graphical detailing on the soleplate that creeps up the upper looks so good, and then there is just something so eternally cool about the iconic Jumpman logo, but you already know that, because you undoubtedly feel the same way.

One potential drawback however, which I’m sure many of you have already picked up on, is the upper. Nike have been working in secret on this project for a very long time, and for that reason have not been able to create the new Hypervenom Phantom II Neymar X Jordan football boots, with the reintroduced first generation NikeSkin upper. Instead it has been given a completely third type upper, which is unmistakably Jordan-esk. The matte upper gives the boots a very different look, without the usual panels on the upper. Will be very interesting to see in action!