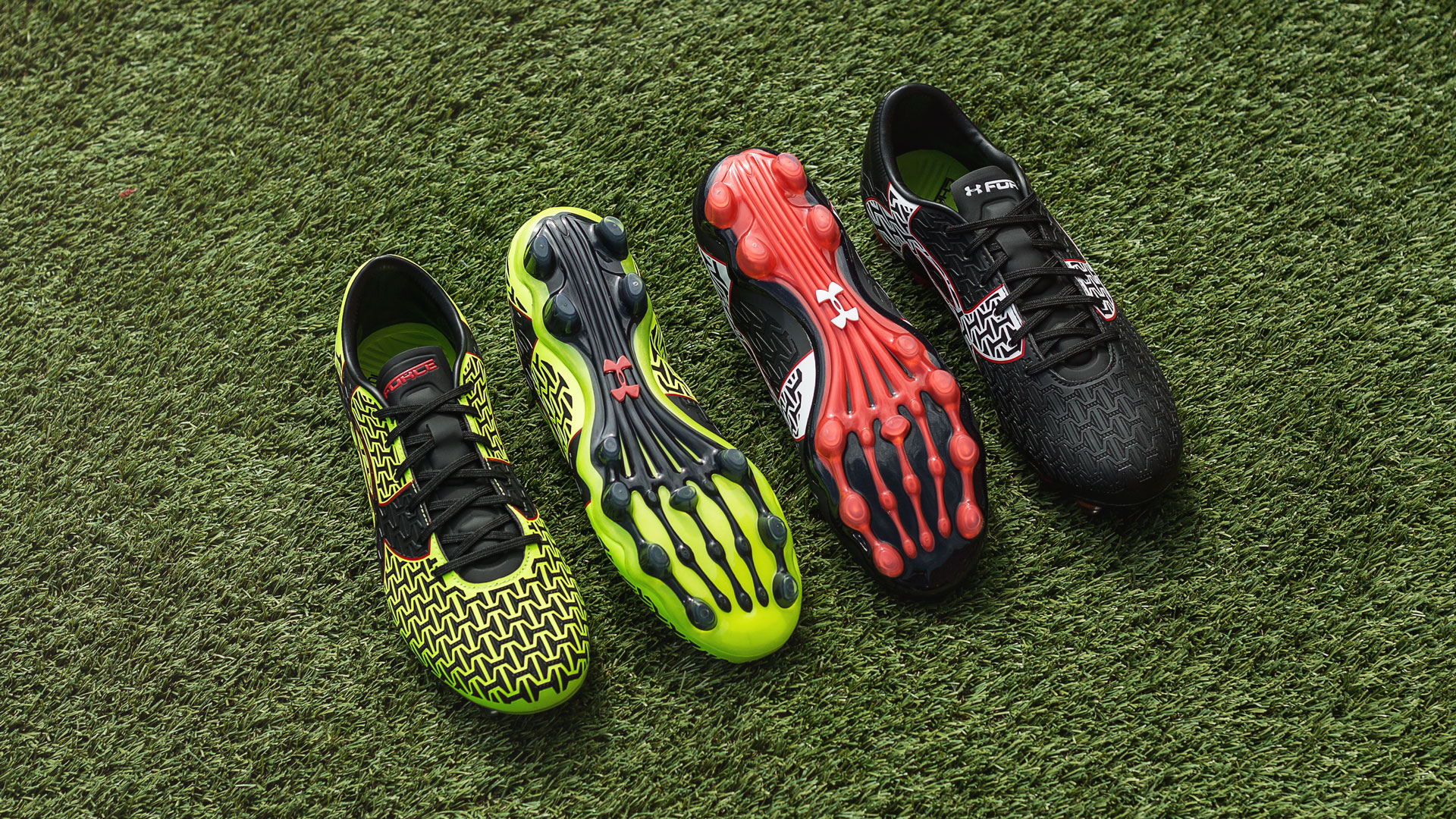 The American brand Under Armour is finally back in the Unisport selection. We take a look at their two silos and in this blog we zoom in on the technology-driven ClutchFit.

ClutchFit is the name of one the silos in Under Armour's arsenal and if we should analyze that a little bit it would mean something that would clutch and fit tightly around something. In this context that would be the football boot clutching around the foot. And that is exactly what the technology behind the ClutchFit Force 2.0 is built for. It's developed for the versatile midfielder that dictates the pace of the game with his overview, control and ability to foresee the game.

Granit Xhaka is the perfect representation of this, and Under Armour has used him and many others of his type to develope a football boot based on technologies that enhance their competencies. The upper, which works as the base for the ClutchFit 2.0 concept is deveoped with a microfibre material that is equipped with small, hourglass shaped patterns. These patterns work in correlation with the foot and adapts to the movements and contours of your feet. Thus Under Armour seek to create a second skin like feel of their boot. And I have to say, that they do succeed with it.

Get your Under Armour ClutchFit Force 2.0 right here.

The illusion of the second skin experience is being furtherly strengthened by the soleplate which both visually and physically works in close connection to the natural movements of your feet. The experience of wearing the ClutchFit Force 2.0 culminates with the Charged Cushioning technology, wich dampens and absorbs the impact of every step, and returns this as a forward directional energy. Thus you are allowed much hugher power exchange for every step and kick you take.

If there is one thing you can count on with Under Armour, it's their technological base. And ClutchFit Force 2.0 is a clear example of that. The question is, if there is too much of the good stuff? Sometimes you a simple football boot without too many fancy words might also just do it... For me personally though, they have convinced me and I think it both looks and feels great. And I'm looking forward to following it during the EURO's. What do you think?