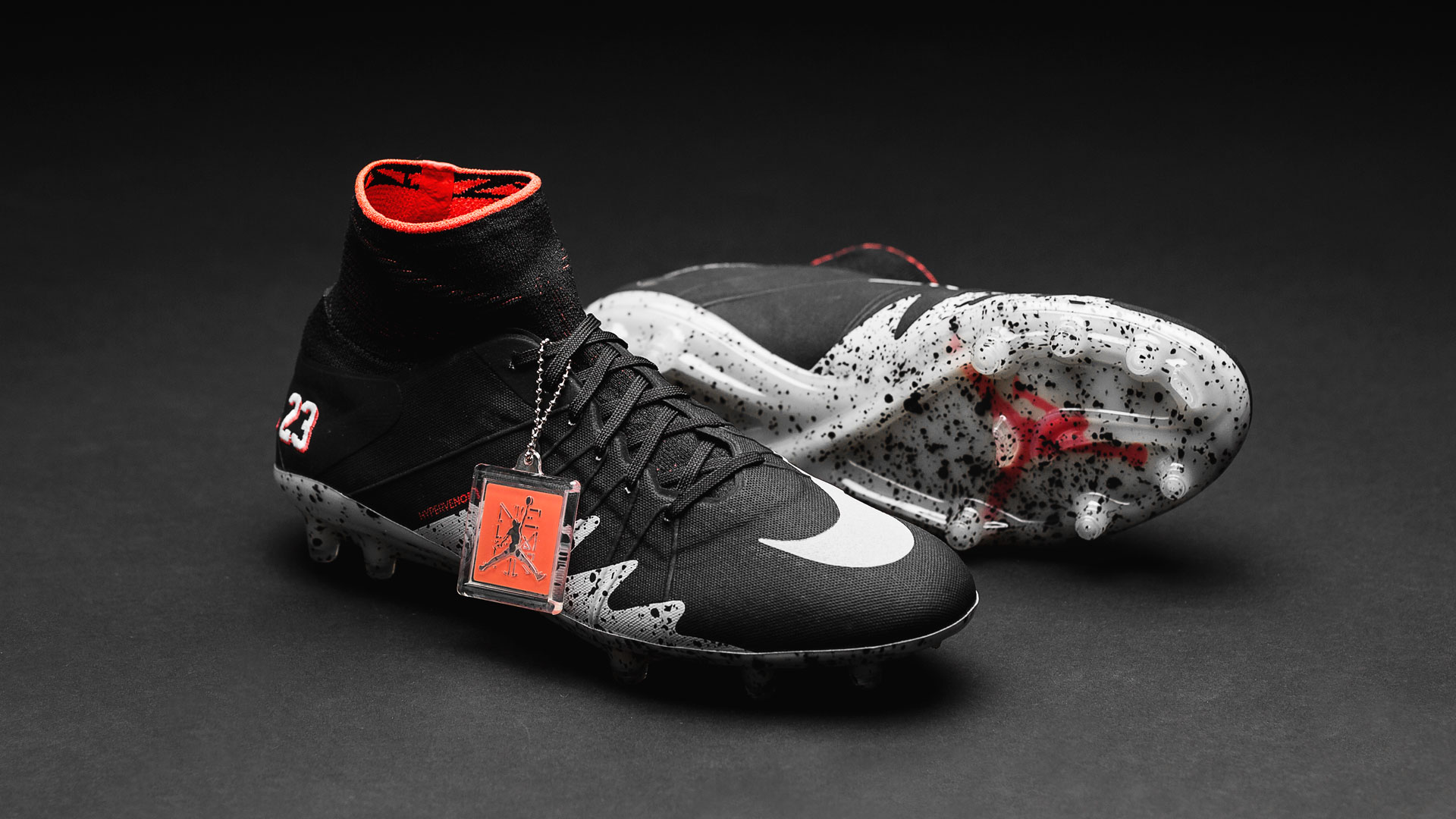 The collaboration between the Nike Football and Jordan brand is extremely unique. If you're wondering how the idea came up in the first place, then read this interview with Nathan van Hook.

Following the release of the brand new NJR X JORDAN Hypervenom collaboration which sees the Jumpman appear on a pair of football boots for the first time, we on the phone with Nathan van Hook, Senior Footwear Design Director in Nike Football, and picked his brains about Nikes latest release in a collaboration between some of the biggest icons within basketball and football.

Why combine basketball and football?

It actually all happened organically when we visited Neymar in Barcelona in 2014. We had talked to him about how we could do different, new things, and had noticed that he often wore JORDAN hats. Neymar told us how much he loves JORDAN, and it sparked the amazing idea of doing something really unique.

How did Neymar influence the boot?

It all started when we visited Neymar 2 years ago in Barcelona and showed him a poster of all the JORDAN sneakers ever made. It was pretty clear that he liked the JORDAN Vs the most, so he had a direct impact in choosing that; the inconic fighter jet shark teeth graphic on the side can also be seen in a modern interpretation on the Hypervenom II, so we worked with that. Also, Neymar specifically requested to have Michael Jordans number, 23, on the boot to pay tribute to the big man.

Did MJ himself have anything to say in the design?

The greatest thing in the process was actually that when we presented it to the JORDAN team, we received a note from Michael himself saying 'I love it!' which is obviously one of the greatest reactions you can get.

What's it like for a designer to get a task like this, combining the spirit of Jordan with the youthful drive and joy of Neymar?

It's honestly amazing - combining two icons and the style factor they have is great, and the fact that it all came naturally from a brainstorming session was even better. Nike is all about innovation, and this takes what's best from Nike; the past, the present and the future.

It was very natural as we looked at how Michael Jordan truly was a game changer - the way he won slam dunk contests, did stuff no one had ever seen before and showed what a creative genius he is, it all seemed to tie in well to who Neymar Jr. is. When we pitched this to the JORDAN brand, they were really excited about it, too. Nathan van Hook, Senior Footwear Design Director in Nike Football.

Do you think there's a symbolism in making a collaboration between a legend in basketball and one who might very well become one in football?

Absolutely. It goes to show how much Neymar Jr. has accomplished, getting a nod from the greatest athlete of all time.

There are a lot of little details on the boots. Why those?

It's all about adding the little personal touches for Neymar, which is why we added the DL inscription and the Brazilian flag on the laces as it's the last part of getting ready for a match - football players have so many rituals, and tying his laces, Neymar will think of his son just before a match.

The upper is different to the two materials we've seen on the Hypervenom II so far - it's not the 'old' upper nor is it the honeycomb NikeSkin from the first generation - what's it made of?

We wanted to engineer a completely unique finish for the boot, and did so by giving it a matte finish by removing the texture. It goes well with the sleek look of the JORDAN V, and tech-wise this is the only change we've made on the Hypervenom.

Will we see more JORDAN in football in the future?

All I can say is that you'll have to wait and see. We're excited about the future and what it will bring, but for now, wait and see.

And that's exactly what we'll do. Getting off the phone after thanking Nathan for the great answers and his time, we sat down with the new NJR x JORDAN Hypervenom to appreciate the attention to detail and references to one of the finest athletes the world has seen - which will go on the feet of one of the most exciting young players of our generation. Not a bad combination, and Nathan and his team have certainly done a great job. 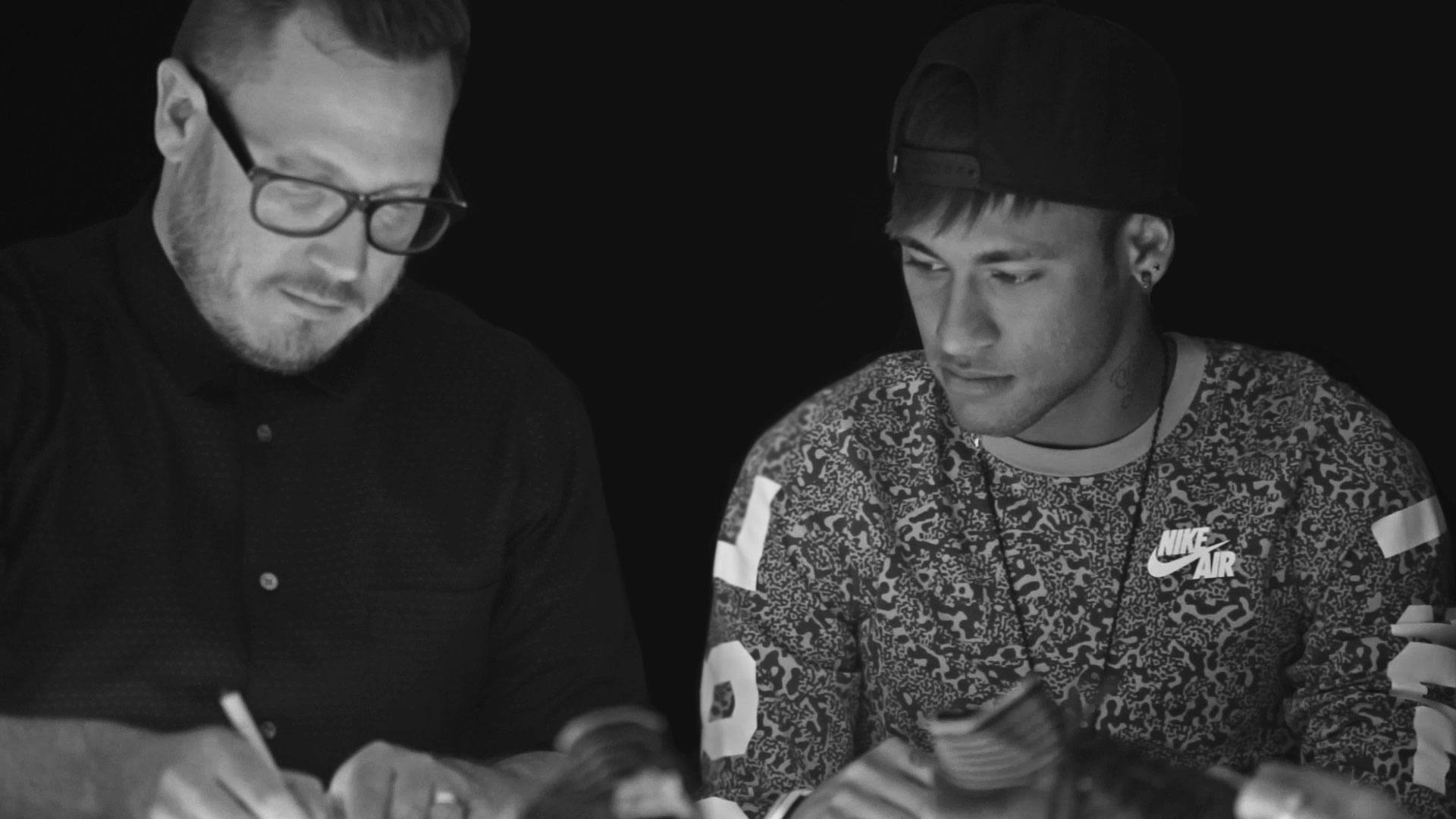