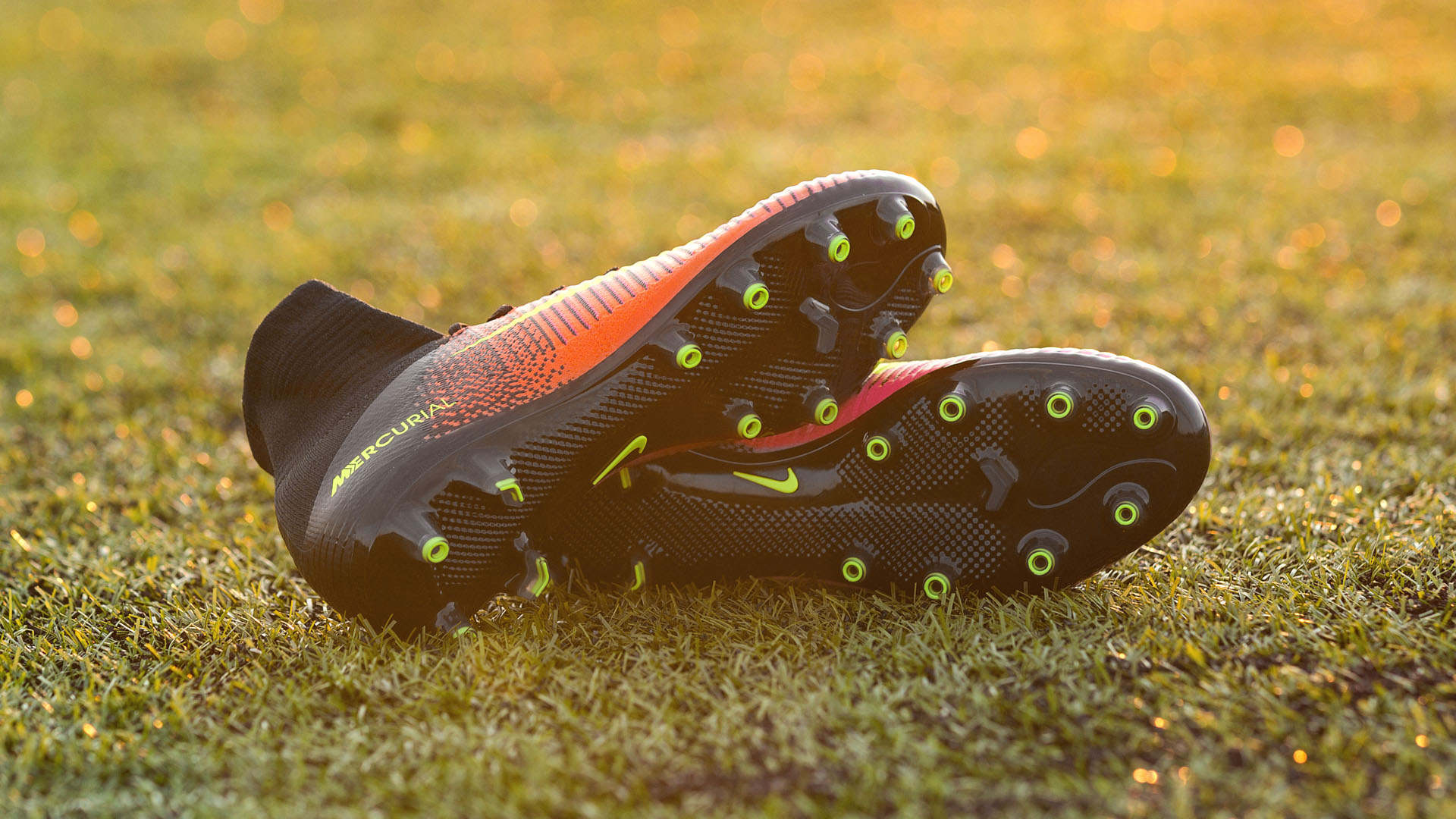 The biggest innovation on the brand new Nike Mercurial Superfly V is the soleplate and the way it works together with the stud-configuration. Nike have also developed the boots for artificial grass and we now take a closer look at it here.

The soleplate on the new Nike Mercurial Superfly V is, for the first time ever, anatomically designed to align with the foot's natural curvatures, which gives a completely unprecedented fit. This unique construction also affects what happens underneath the boots, so when designing the AG version of the new boots, they naturally made sure to design it in a way that it still eliminates the gap underneath the foot.

Way too many people still end up playing with FG boots on artificial grass. However, hand in hand with the development of the artificial grass surface itself, the AG boots of today are so advanced that the advantages of using them are considerable, both in terms of your body’s health and your boots.

Artificial grass surfaces are built on top of a layer of concrete, which is the main reason people get injured playing on them. The fewer studs there are on a boot, the less pressure points there are to disperse the shock you feel when running. FG boots have less studs than AG boots, which means when they penetrate the surface the strain on the joints will be much tougher. People who use FG boots on artificial grass might not get seriously injured every time they play, but trust me, their joints feel soarer than anyone using the right boots.

The other aspect AG studs improve is the lifespan of your football boots. It’s quite simple really, plastic rubbing against plastic generates quite a lot of heat, and as you might imagine, melting studs doesn’t do much good for your boots. That’s why the studs on AG football boots are made from a softer plastic that resists the heat much better, as well as being hollow, which allows air to flow inside the studs, thus cooling them down even further.

The AG stud-configuration on the Nike Mercurial Superfly V football boots is however not made up entirely of these hollowed studs, because the Swoosh design team have still found room for three of the angled studs we know from the FG version. Nike have included these, because they are placed in such a key area that the added acceleration they add would be missed. An intelligent addition, because they do not risk your safety, but still give you so much added grip on the pitch!

If you primarily play your football on artificial grass, then you will struggle to find a more advanced AG soleplate than the one of the Nike Mercurial Superfly V, and that they just happen to look gorgeous is just an added bonus.