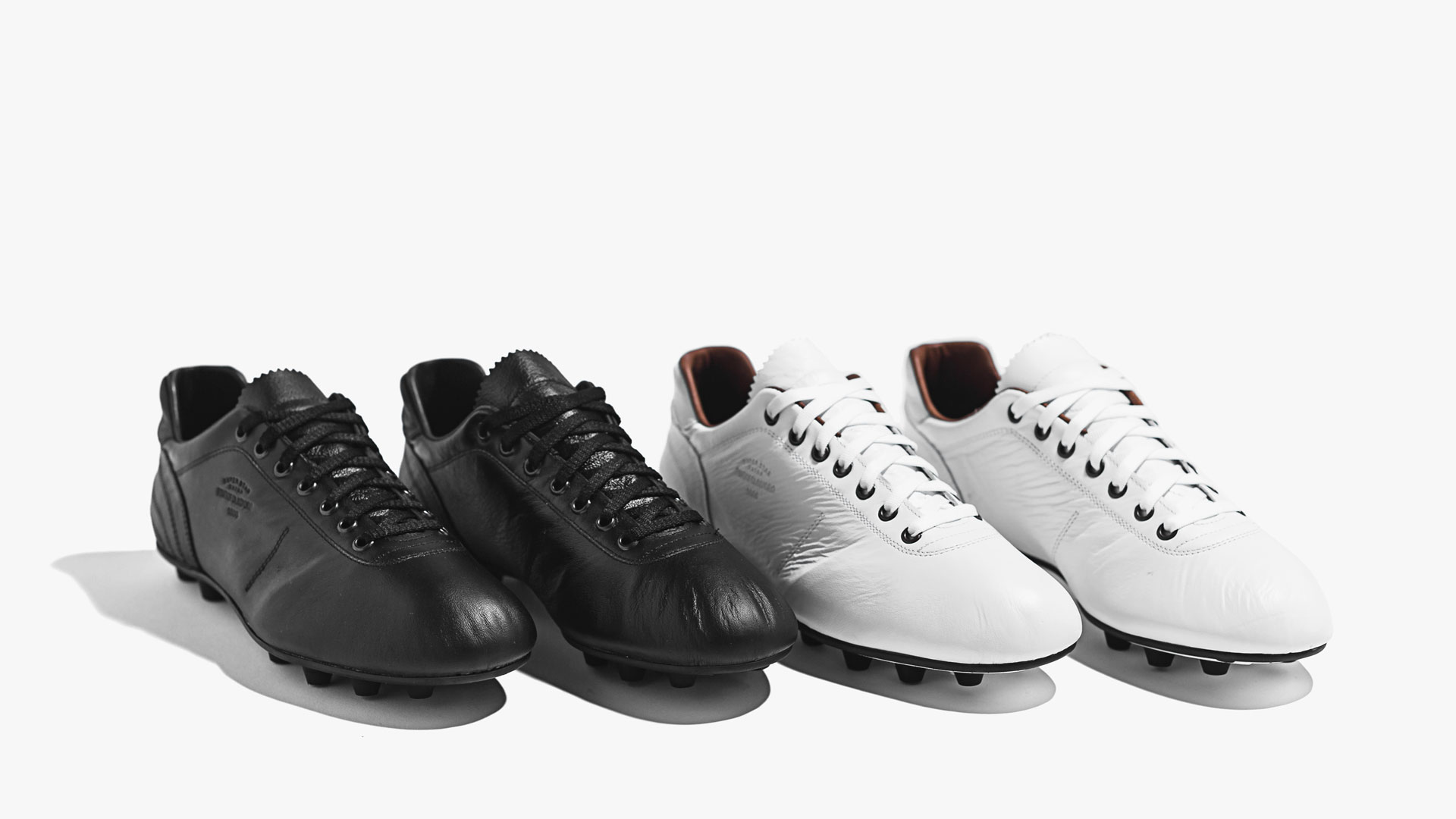 Time for something very special to join our selection of football boots for the first time. I will now be taking you closer to the exquisite Pantofola d’Oro Lazzarini, which truly is the peak of football boot craftsmanship. Get comfortable and let me tell you a story…

Founded in 1886 in a fairly small town in Italy, named Ascoli Piceno, Pantofola d’Oro have for more than 130 years now hand-crafted football boots with an unerring obsession and dedication to perfection. Every piece of leather is carefully selected and meticulously quality tested throughout the entire production process by the experienced cobblers, at the shoemaking company that still to this day remains a business owned by the same Lazzarini family.

It is also this borderline religious approach to the design and quality of their products that gave the brand their name. Originally they were known as “Calzaturificio Lazzarini”, which means the Lazzarini shoe factory, but one very legendary encounter with one of Juventus’ biggest stars of all time changed that.

John Charles, who has been voted Juventus’ best ever foreign player, visited the shoe factory to get himself a new pair of boots and when he first tried them on, he instantly exclaimed: “Questa non è una scarpa, è una pantofola. Una Pantofola d'Oro!” This roughly translates into “These aren’t boots, they’re slippers. Golden slippers!” And that’s how the brand got the apt name - Pantofola d'Oro - or Golden slipper.

Although they also come in calf leather variations, the Pantofola d’Oro Lazzarini football boots in our selection are made from single pieces of kangaroo leather, which is basically superior in every thinkable way. It sumptuously wraps itself around the foot and gives you a soft touch on the ball, while the seamless upper construction makes for a very flexible feeling at the same time. Every boot goes through the same 46 steps during the manufacturing process and at every point, they are quality controlled, which means that despite having very few seams across the upper, the boots are in no risk of showing poor durability.

The Pantofola d’Oro Lazzarini is like many other classic boots made with an outsole that focuses on high levels of comfort and stability. However, there is a bit more to it than first meets the eye, because even though the Pantofola d’Oro designers rely more on their top tier craftsmanship, than on advanced engineering, they have still made sure to make the soleplate a little springier around frontfoot. This gives you a more powerful kick-off from the ground, and together with the flexible upper, it actually gives you a real feeling of explosiveness. As much as you can have in a boot that weighs 290 grams at least.

It’s no coincidence that the Italians have such a famed reputation, when it comes to footwear, and the cobblers at Pantofola d’Oro are a big part of that. If you’re a little intrigued by the prospect of playing in the pinnacle of quality football boots, then I’d be the last one to blame you. The second you get them out of the box, you instantly feel that this is something very different to the usual mass-produced boots.

You can order your pair of Pantofola d’Oro Lazzarini right here - just 150 euro. The value for money blows my mind…