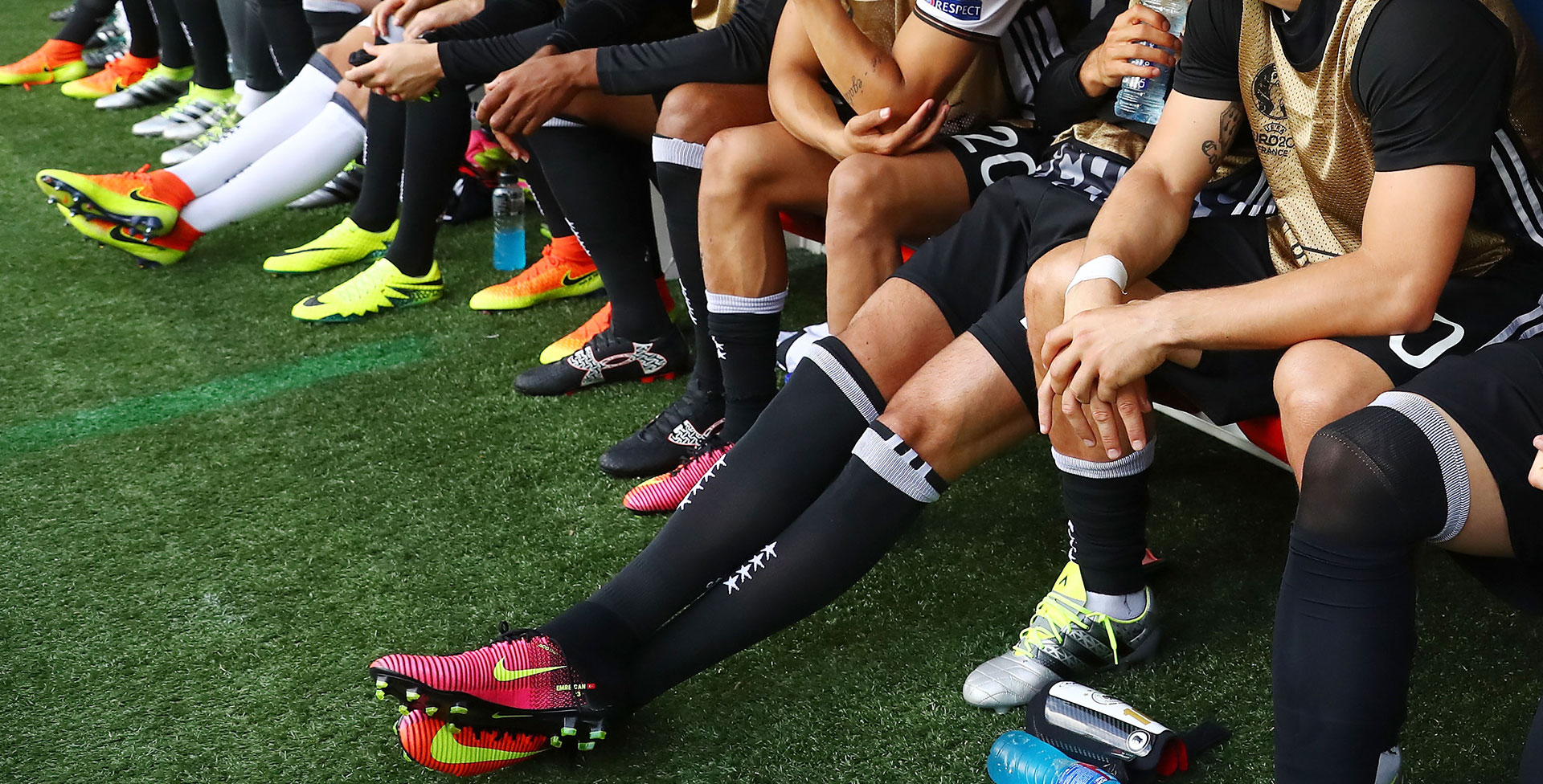 Into the knockout stages and the football boot spots keep rolling in! We have taken a look at the best on show at the Copa America and EURO16 last week.

They did it with Paul Pogba during the last group match and now it was Mesut Özil’s turn. adidas have hooked the midfield artist up with a Germany ID version of the PureControl. He won’t be proud of his fairly poor penalty, but little did it matter, as Die Mannschaft ended up comfortably beating Slovakia.

We saw them a little in training, at the beginning of the tournament, but before the game against Slovakia we didn’t get a good look at them. Ryan Bertrand played his EURO16 game in a pair of very poorly blackouted Nike Mercurial Superfly V, which is probably down to some contract dispute he is currently caught up in. Whoever he is trying to hide the Superfly launch colourway from, he is going to have to do a better job, because it’s pretty easy to spot.

Heartbreak for Granit Xhaka, who has been very impressive for Switzerland during EURO16. He missed the only penalty of the shootout in his new Under Armour Clutchfit 2.0 colourway, which he used for the first time that game. They look very decent and it will be interesting to see what boots UA have lined up for him, when he plays for Arsenal next year.

Ever Banega is known for being a little picky with his boots and he has proven that once more during the Copa America, where he has recently been playing in a pair of Nike Magista Obra, where he has chopped off the Dynamic Fit Collar. He seems to prefer the Flyknit upper from the Obra over the Kangalite version on the Opus, but still has no love for the characteristic ankle sock.

He has been playing in a prototype version of the next generation Visaro, but last week he made the switch to the current colourway. Wales continued their impressive showing at EURO16, when they beat a resilient Northern Ireland. It will be very interesting to see how far they go and also a great opportunity to keep enjoying the Visaro colourway, which is one of the best at the tournament in my opinion.

Unlike most goalkeepers, Thibaut Courtois just uses the standard version of the Nike Vapor Grip goalkeeper gloves, which on the technological front are exactly like the ones sold. However, he didn’t want things to be too easy for Nike, so he continues his trend of only wearing gloves with black latex.