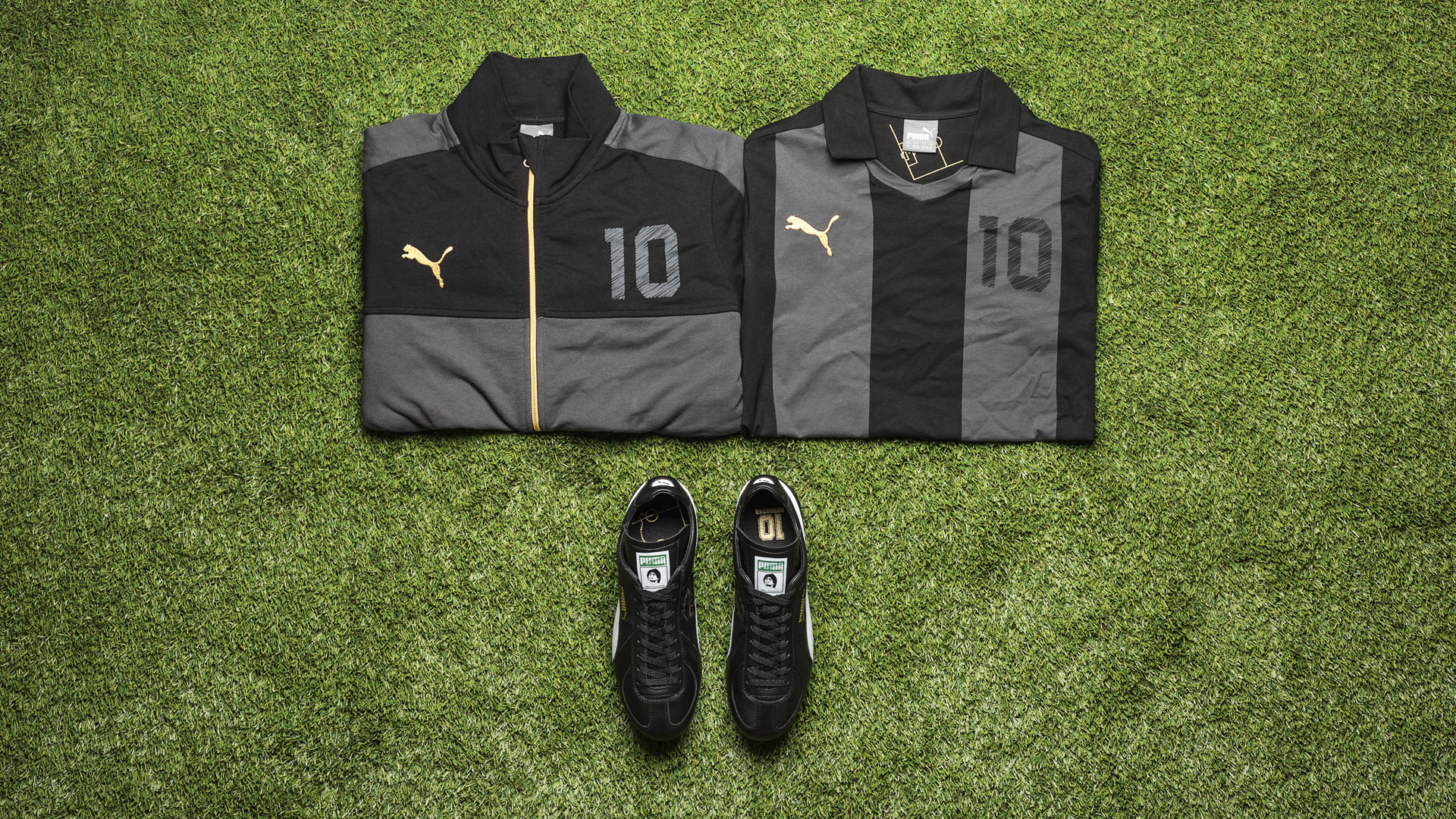 Diego Maradona was as controversial, as he was pretty damn decent at football. The iconic Argentinian certainly knew a few tricks and PUMA now celebrate one of their greatest ever athletes ever with a unique remake.

On the 22nd of June in 1986, Diego Maradona took to the pitch at Estadio Azteca in Mexico City in his personalised pair of PUMA King boots, and created two of the most unforgettable moments in football history. Even though you, like me, weren’t born back then, you will almost certainly have seen videos or heard stories about the two goals Maradona scored in that game. We are of course talking about the official goal of the century and the despicable “hand of god” goal.

PUMA now pay homage to the boots Diego Maradona wore, by creating a remake of the original PUMA King Maradona Super football boots, which were crafted in Italy. The remakes will be technologically exact copies of the original, with all the details like the boot tongue, pattern and stitching being the same as the boot worn in 1986. However, although the boots are the same in terms of performance, some aesthetic details have been added. My own favourite can be found on the inlay sole, which has Maradona’s goal of the century mapped in gold on it.

Classy, elegant, and made in honour of one of the greatest players to ever grace the pitch. The PUMA King Maradona Super is a thing a beautiful, and a good excuse to watch that infamous Goal of the century again. In that context though, it does seem rather weird that PUMA have chosen to include the “Hand of God” incident, as inspiration for the remake, because to this day it is still one of the worst pieces of sportsmanship ever displayed. Let’s stay focused on the positives though; these boots are stunning!

If you want to get your hands on the PUMA King Maradona Super football boots, then you can order them right here.