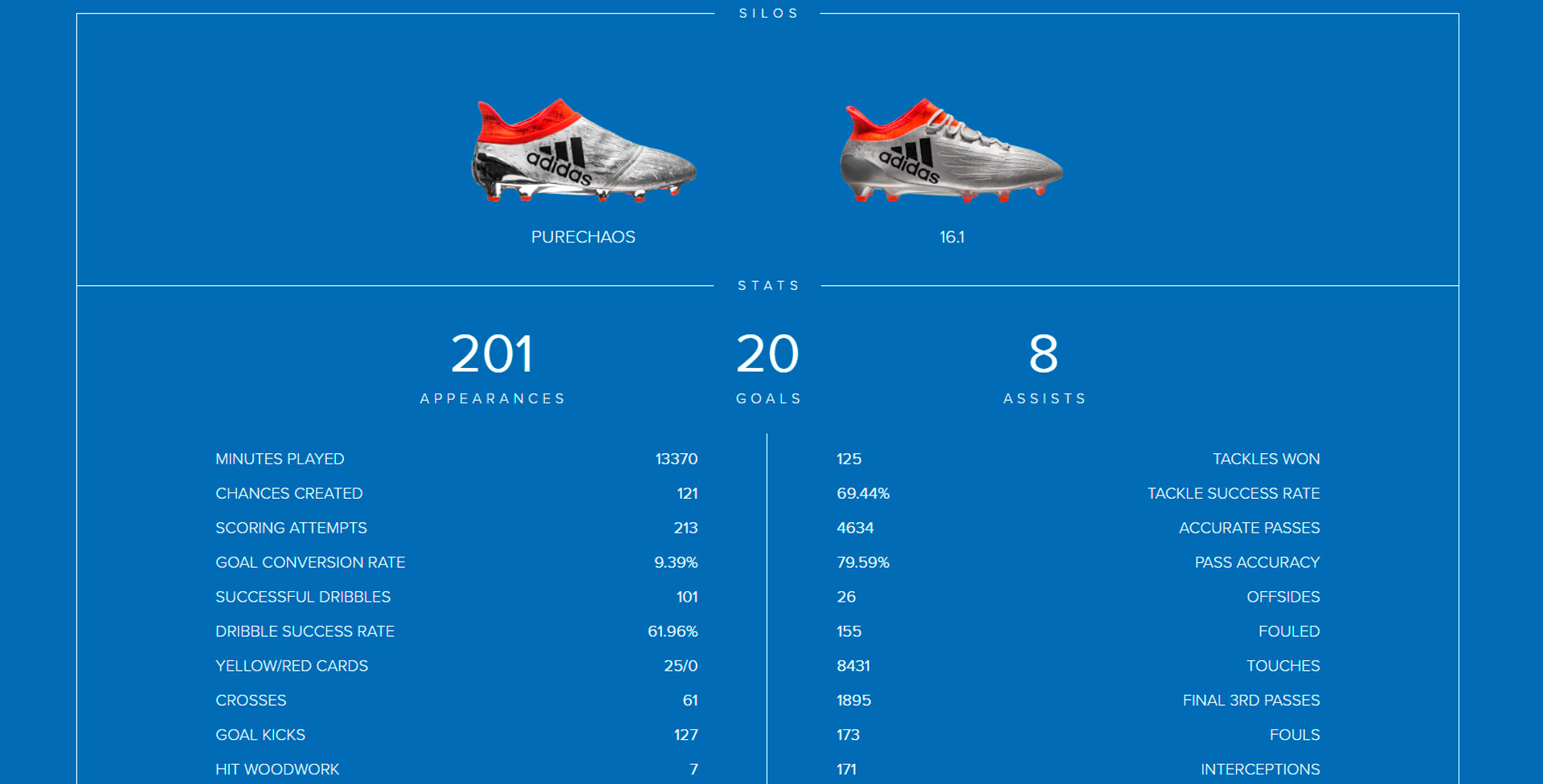 These breaks between rounds at EURO16 straight up suck. Thank god football is back tonight! However, before then, we thought we would take a look at how the boots are currently ranked in our Boot Performance Lab.

People have tried to find the best boots at a tournament before by counting goals, but for us that just seemed a bit half-hearted. That’s why we created the Boot Performance Lab that measures pretty much everything, both in total amounts and percentages, so we could see which boot truly was the most effective. If you haven’t already checked it out, then what have you been doing with your life? See the EURO16 stat site right here.

You should also keep an eye out on on our Instagram, because the next Boot Performance Lab giveaway is almost certainly being triggered tonight! 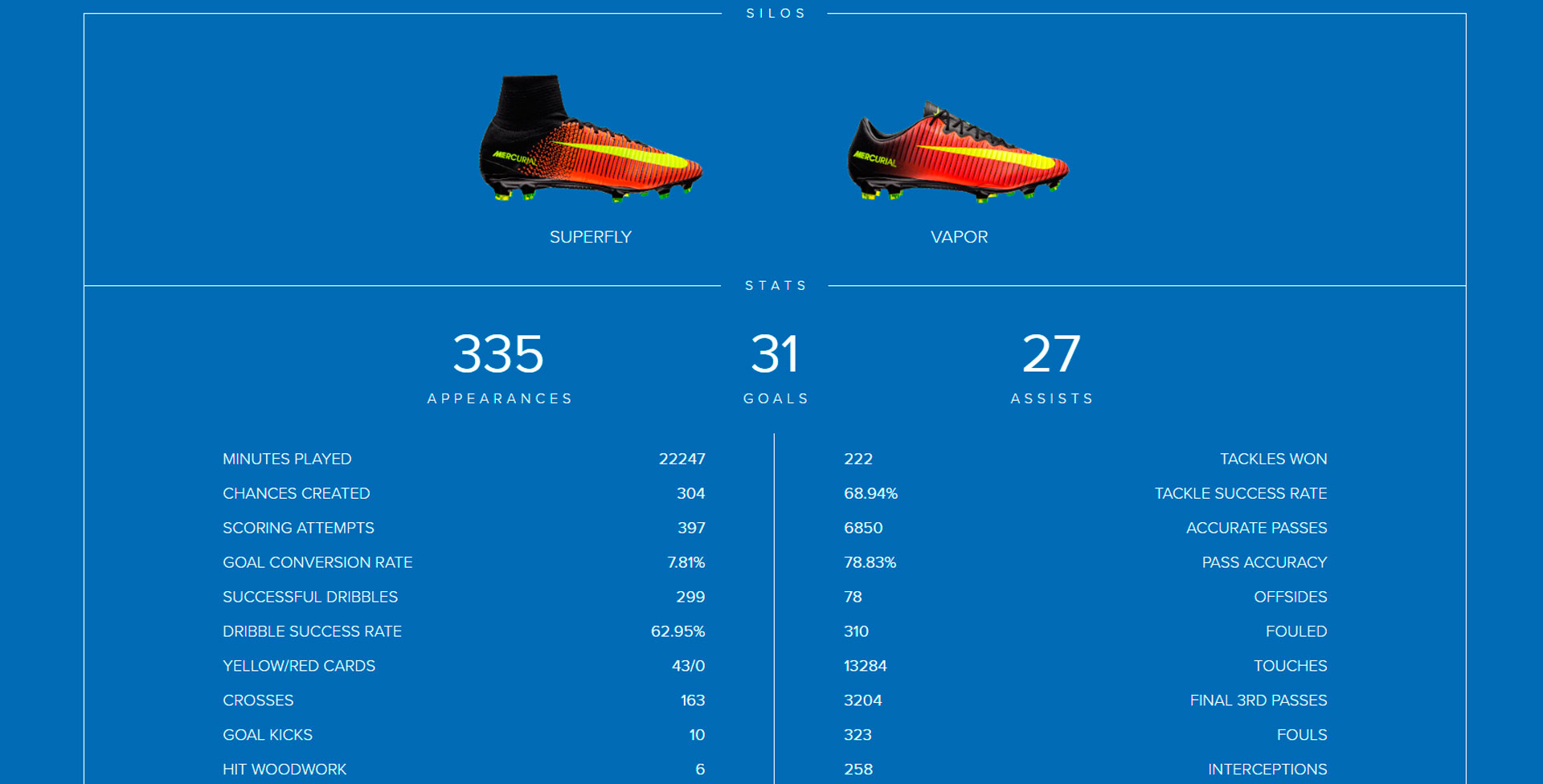 There are plenty of observations to be had from the Boot Performance Lab, because although the Nike Mercurial looks like it is completely outclassing all other boots and ranks number 1 in basically all categories, it’s not necessarily the most effective boot there. The New Balance Visaro has a great goal conversion rate and pass accuracy, so despite it having contributed with few goals it hasn’t cost too many team resources.

The PUMA evoSPEED SL is another curious case, because although it is a speed boot, and it is currently the most effective finisher with 12.50% goal conversion rate, it has an absolutely terrible record, when it comes to dribbling. A measly 43.59% of total dribbles have been successful, which is a lot worse than the second lowest rated dribbler, the Nike Hypervenom, which currently has 59%. Step it up Griezmann! 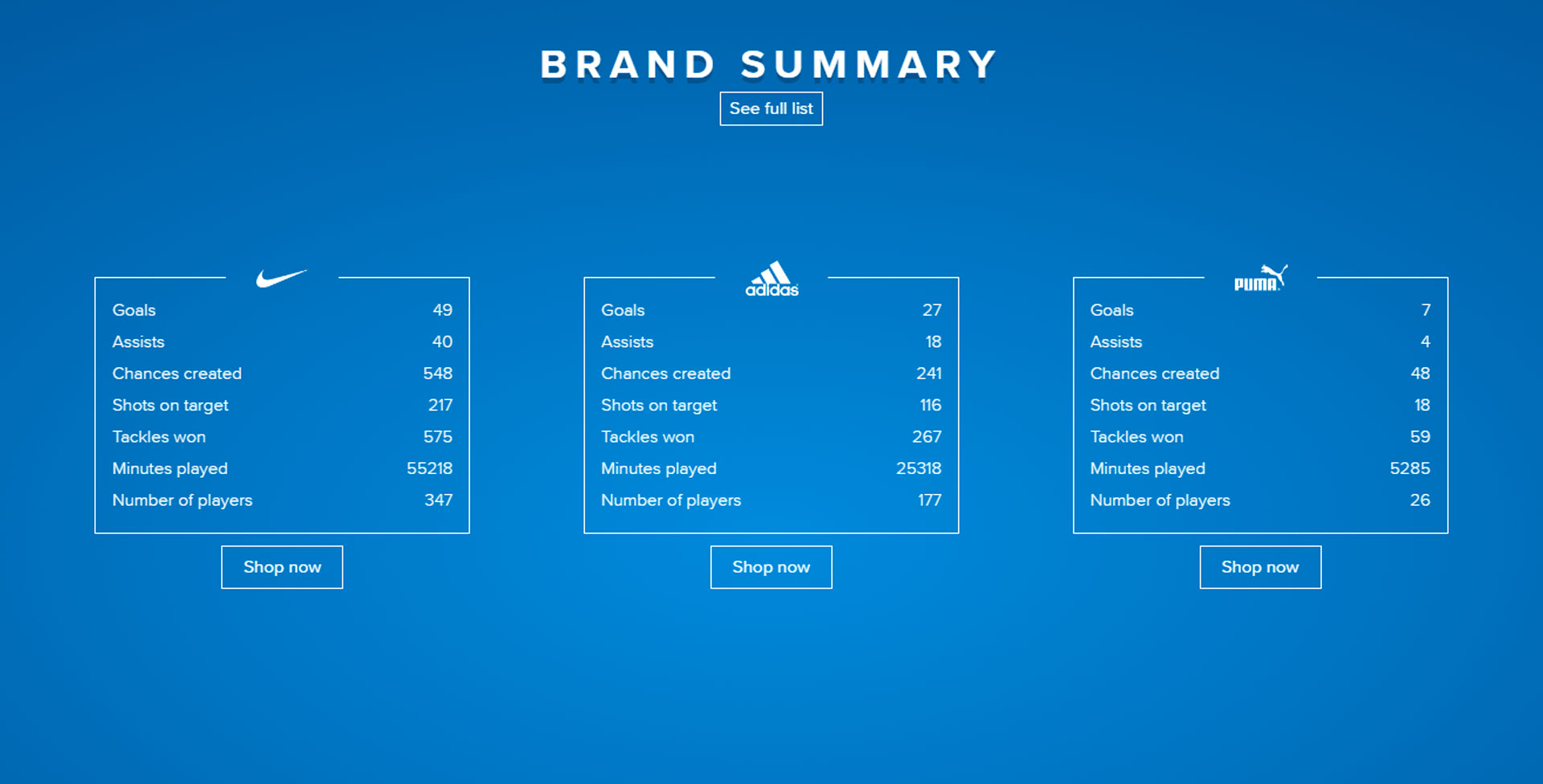 Now that we had such advanced information we naturally also wanted to show the biggest brand overview. Our brand summary page therefore combines all boots and logs the information to show which brand is dominating EURO16. As you can probably tell from the image above, Nike are absolute crushing the stats and boast a completely unrivalled 55218 minutes played throughout the tournament, while adidas only have 25318 minutes in second place. The Nike players even play more minutes pr. player than adidas, so it’s not even because Nike have a lot of players on the bench.

Go exploring and see if you can find the boot that suits your play the best here.