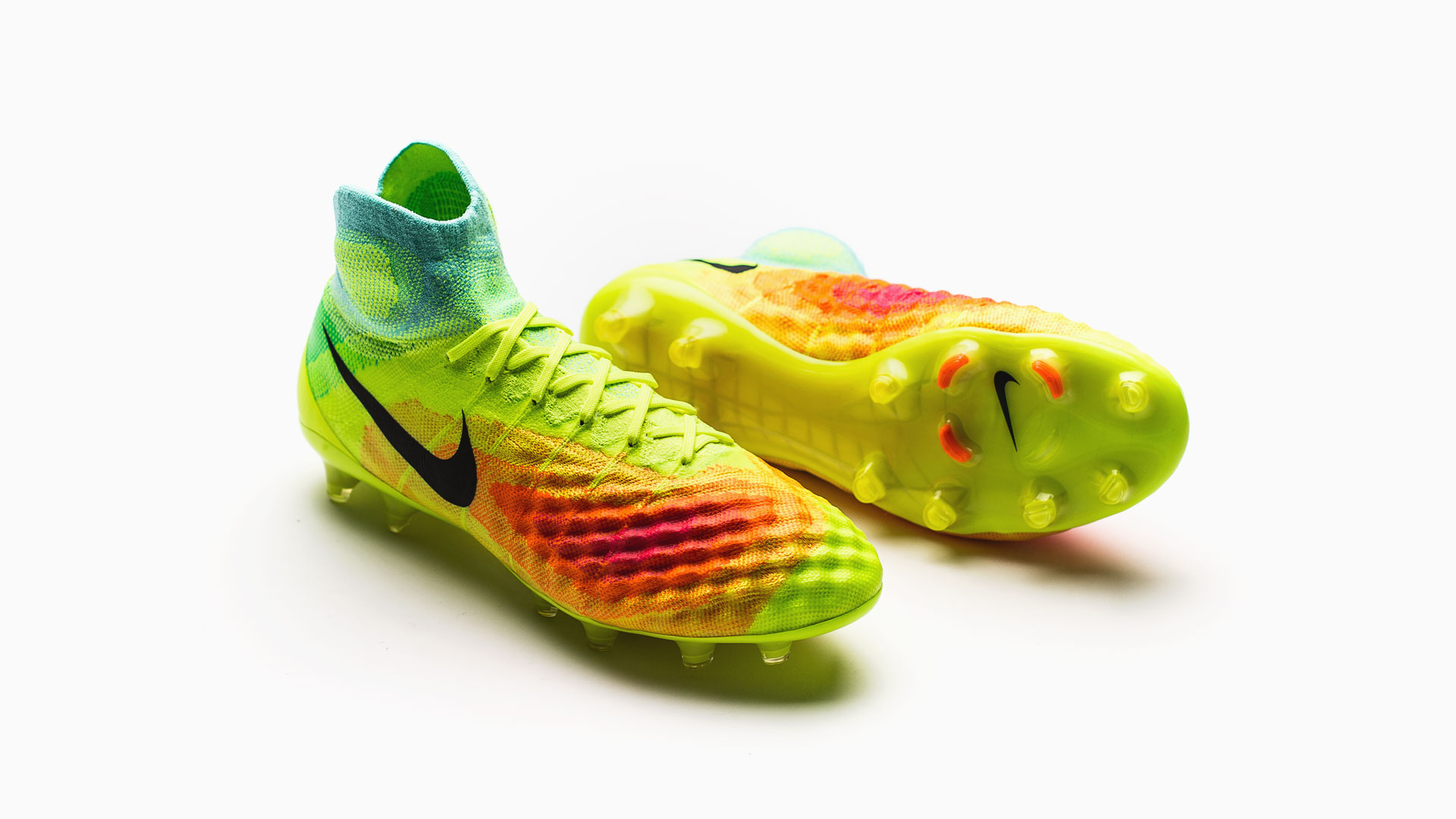 The world of football boot technology is constantly taking massive strides in terms of development. Nike famously live by the mantra that their next boot is always their most advanced and now they look to take another leap forward with the Magista 2. Strap yourselves in, because a lot has changed!

The Nike Magista Obra was the first time Nike ever applied Flyknit to their football boots, and ever since making the move to introduce their innovative knitted material they haven’t looked back. The Swoosh design team behind the second generation of Nike Magista Obra now take the boots technologies, and especially Flyknit, to the next level, as they look to rethink the whole process behind creating a new football boot.

That’s why lead designer, Phil Woodman, wasn’t thinking about how the Magista as a football boot could be upgraded, but rather how the foot would look if it had evolved with the purpose of playing football. The first step on the quest to give footballers the strongest possible sensation of being at one with the boot, was developing the Flyknit upper. Making it a ball-to-brain interaction and not a ball-to-boot-to-foot-to-brain was crucial to the design.

“Sensory amplification” really is the key phrase here, because through heavy research, at their famed Sport Research Lab, Nike located the areas of the foot that are most sensitive and where your engagement with the ball would be most in tune. Combined with precise knowledge of where players touched the ball most frequently, this gave the designers a platform to work on and design special 3D printing on the upper to match the newly discovered heat map.

If you want to get your hands on the Nike Magista Obra 2, then you can get them here. Available now! 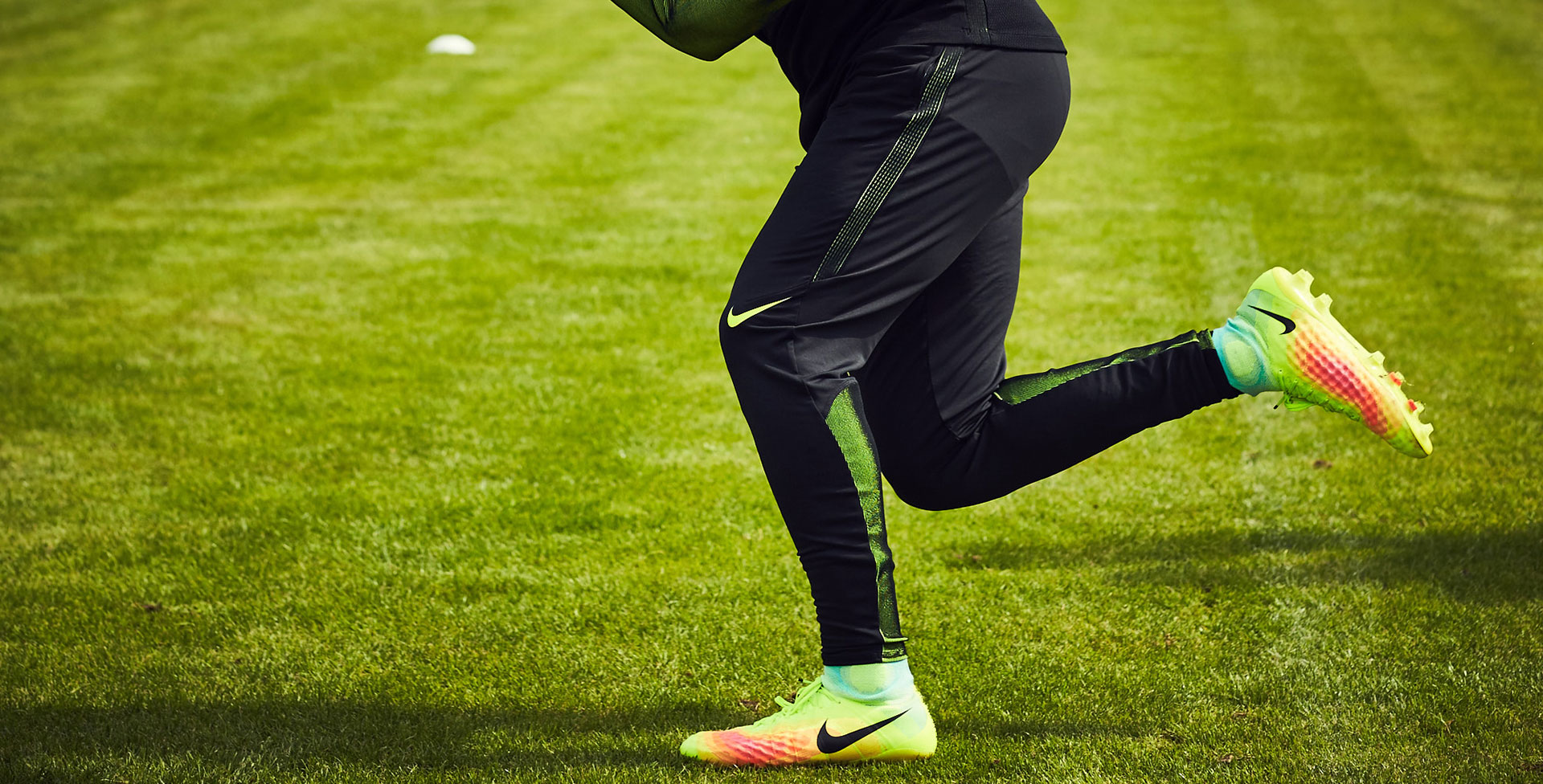 Nike’s work with Flyknit has become so advanced that even with the incredible accuracy of their acquired data, they now have the capability of creating a textured upper, which transitions in correlation to the sense of touch in that area. This is also reflected in the colourway design, which shows this heat map.

There are no added elements built into the upper to raise and create this texture, it’s all made up of the Flyknit material, which is imperative to the boots having the desired feel for the ball. On the inside of the boot, the upper is padded with a bit of cushioning, which naturally does not disturb the sense of touch on the ball, but only adds comfort.

“This is the next step in the application of Nike Flyknit. The pixel precision of Flyknit makes it possible for us to create dimension without adding weight or overlays. We used to build texture atop the upper, now the upper itself is textured.” - Phil Woodman,

If you flip the boots on their head, you are again greeted by a different sight to the first generation of Magista. Taking nothing away from the first Magista, which was a very good boot, it is no secret that the stud-configuration was very simplistic and in terms of technology nothing mindblowing. That changes now, as Nike have used the same Finite Element Analysis, as they did on the Superfly 5, to find the optimal traction system for the Magista style of play. The entirely new fusion of half-conical studs and heel plant studs for braking, combines to create a complete system that works to provide fairly strong acceleration, as well as impeccable rotation in the grass.

“This boot makes a traditional conical pattern seem like black and white television. Players noticed the difference right away and responded very well to it.”

As if all of that wasn’t enough, the backfoot area has also seen pretty big changes, despite them not being as apparent as the others. For enhanced lockdown the Nike Magista Obra 2 is now fitted with an internal heel counter, rather than the external cup it featured before. In addition, the Dynamic Fit Collar has also been updated to give more protection around the ankle, as well as dipping down to free up the tendon and thus give more comfort. 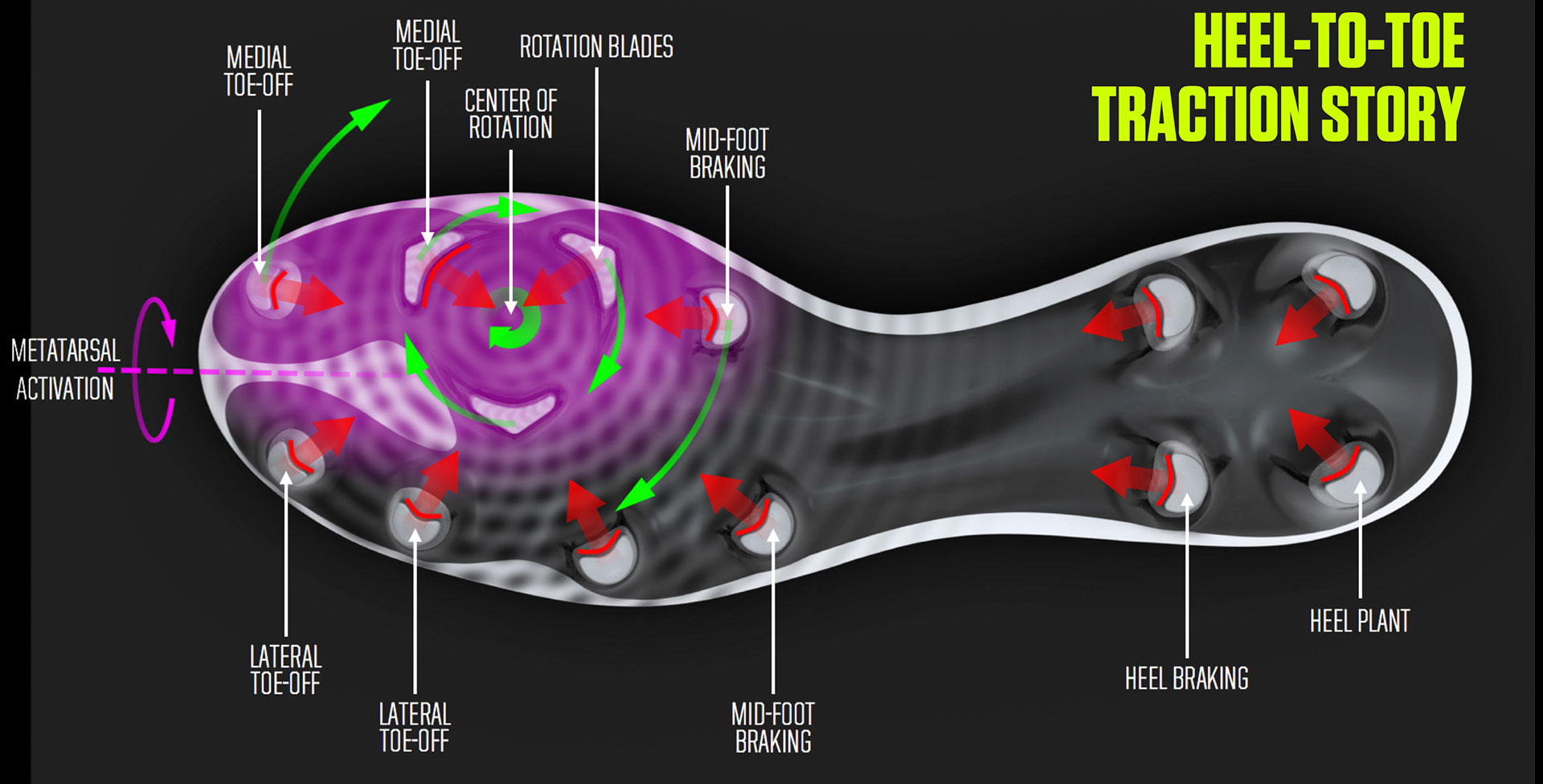 This is all quite a lot to take in I could imagine, but since this is only a first introduction to the boots, I will say that they feel like the type of boot that is hard to get an impression of, before you try them on the pitch. We will naturally be bringing a full Nike Magista Obra 2 football boot review soon, so we can tell if all of this Nike theory is actually true. Stay posted for that!

If you want to get your hands on the Nike Magista Obra 2, then you can get them here. Available now!