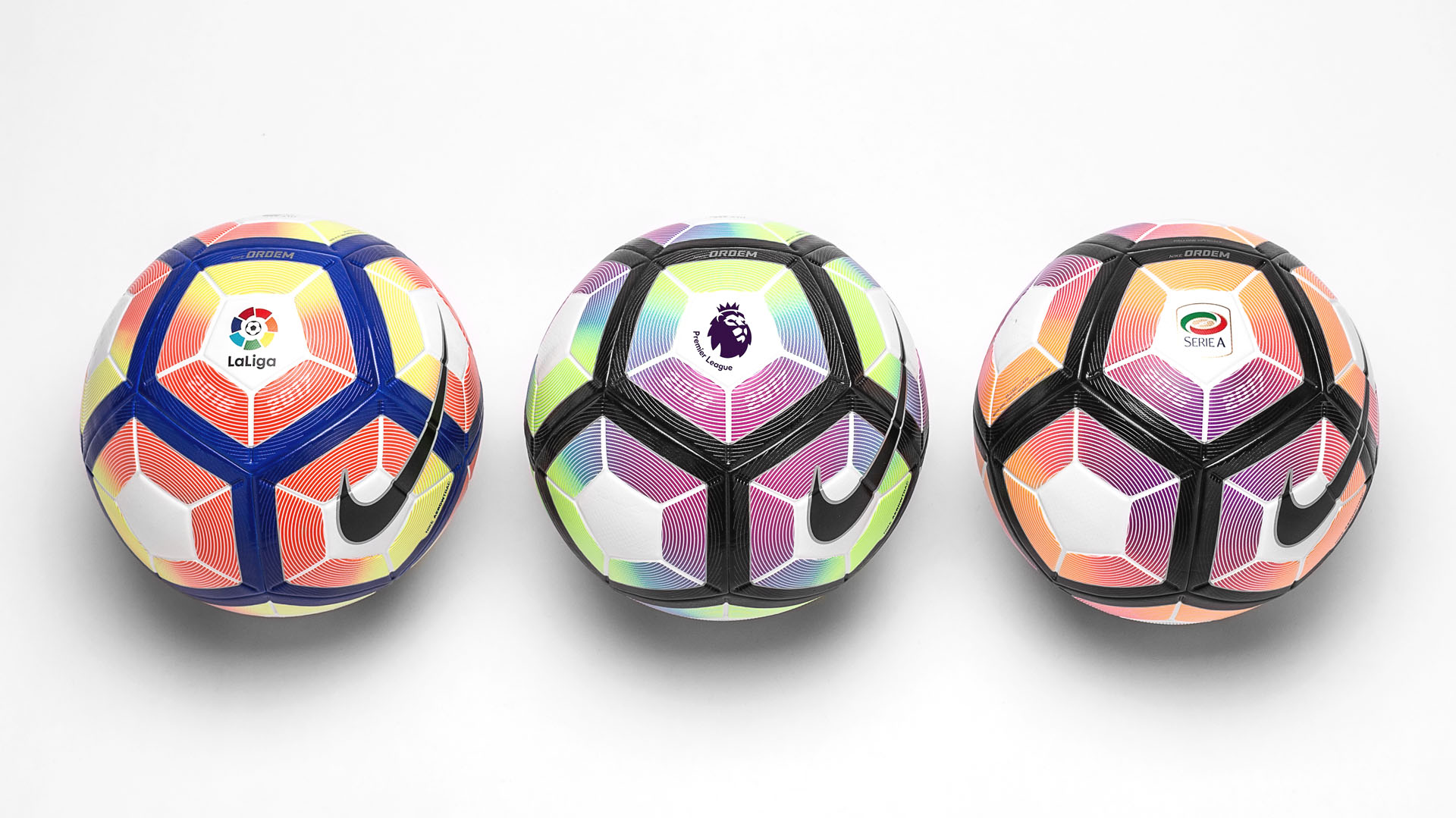 Last week Nike unveiled the new La Liga Ordem 4 ball. Now they follow up with balls for the Premier League and Serie A. See them all here.

The new Nike Ordem 4 ball is ready for the new season in three of the world’s biggest league. On top of the new design, which will definitely be popular, Nike have also given the ball construction an update. Among other changes, the upper has been given an updated patterns, which ensures a cleaner and more consistent surface.

The Ordem ball has been Nike’s official match ball since 2013 and was quickly hailed as Nike’s most innovative and technologically advanced football ever. It has naturally only gotten better and better since then and now that we have reached the fourth generation - best one yet? Time will tell, but the first impression indicate a resounding yes!

You can buy the new Nike Ordem 4 football right here.