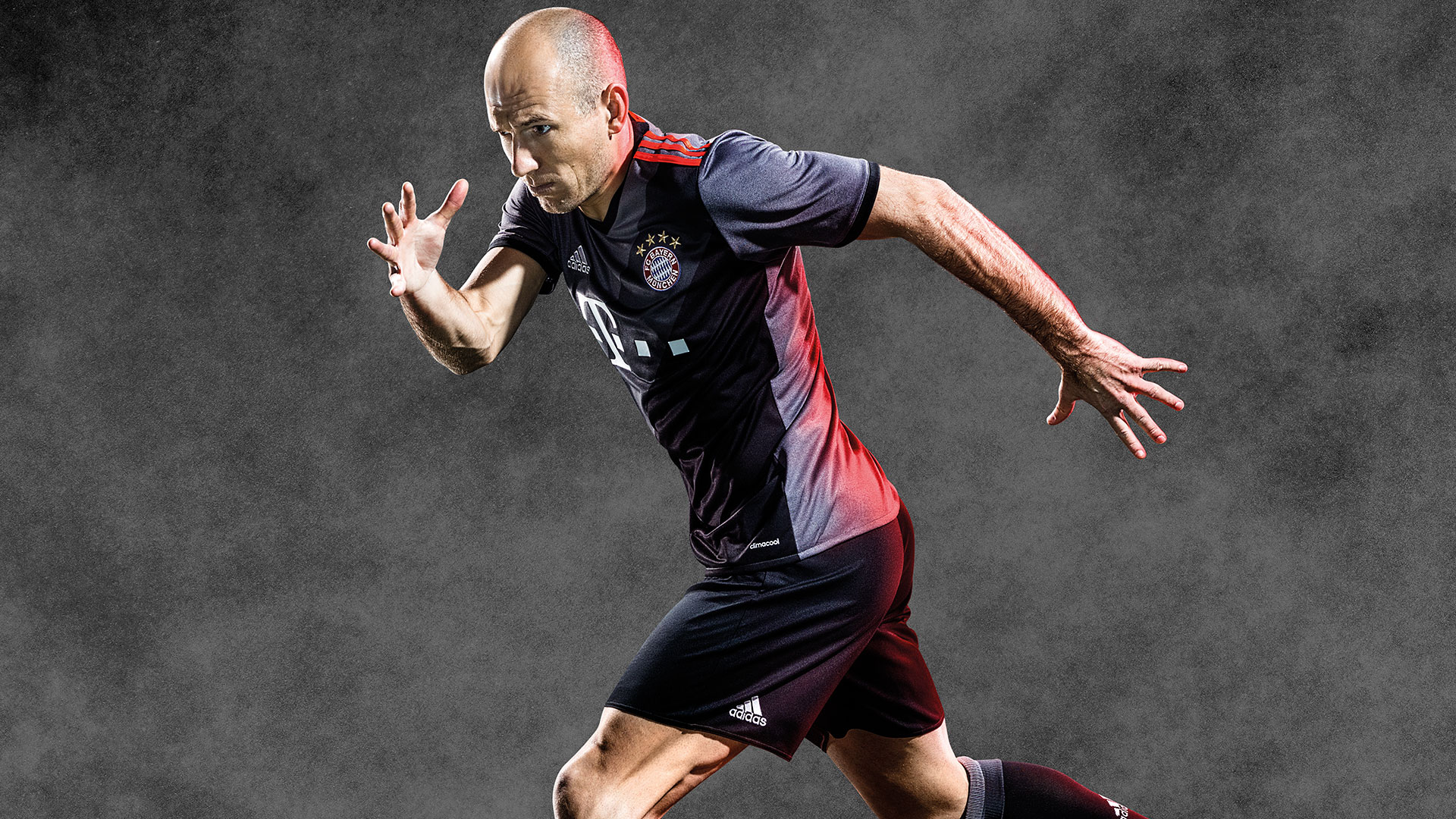 The last couple of years adidas have been on absolute fire, when designing the Bayern Munich away-shirts. The 2014/15 design still stands out as one of the best looking kits ever in my book. Now they look to continue the trend for the 2016/17 season.

The theme and inspiration behind the design is the two very different powers that drive Bayern Munich’s club DNA. On the one hand they are incredibly rich in tradition and on the other Bayern Munich are constantly trying to renew and surpass their own achievements. Especially the latter half is a very clear source of inspiration for the new Bayern Munich away-shirt.

The design is first and foremost directed at the younger generation and their lifestyle. Life in the fast lane, where things are constantly in movement and in the streets, where trends and fashion are born.

Bayern Munich have another exciting season ahead of them, as they prepare for life after Guardiola’s departure. The club is hungry for real Champions League success, so they probably hope to see this kit in action more than a few times next season.

You can order the new Bayern Munich shirt right here.