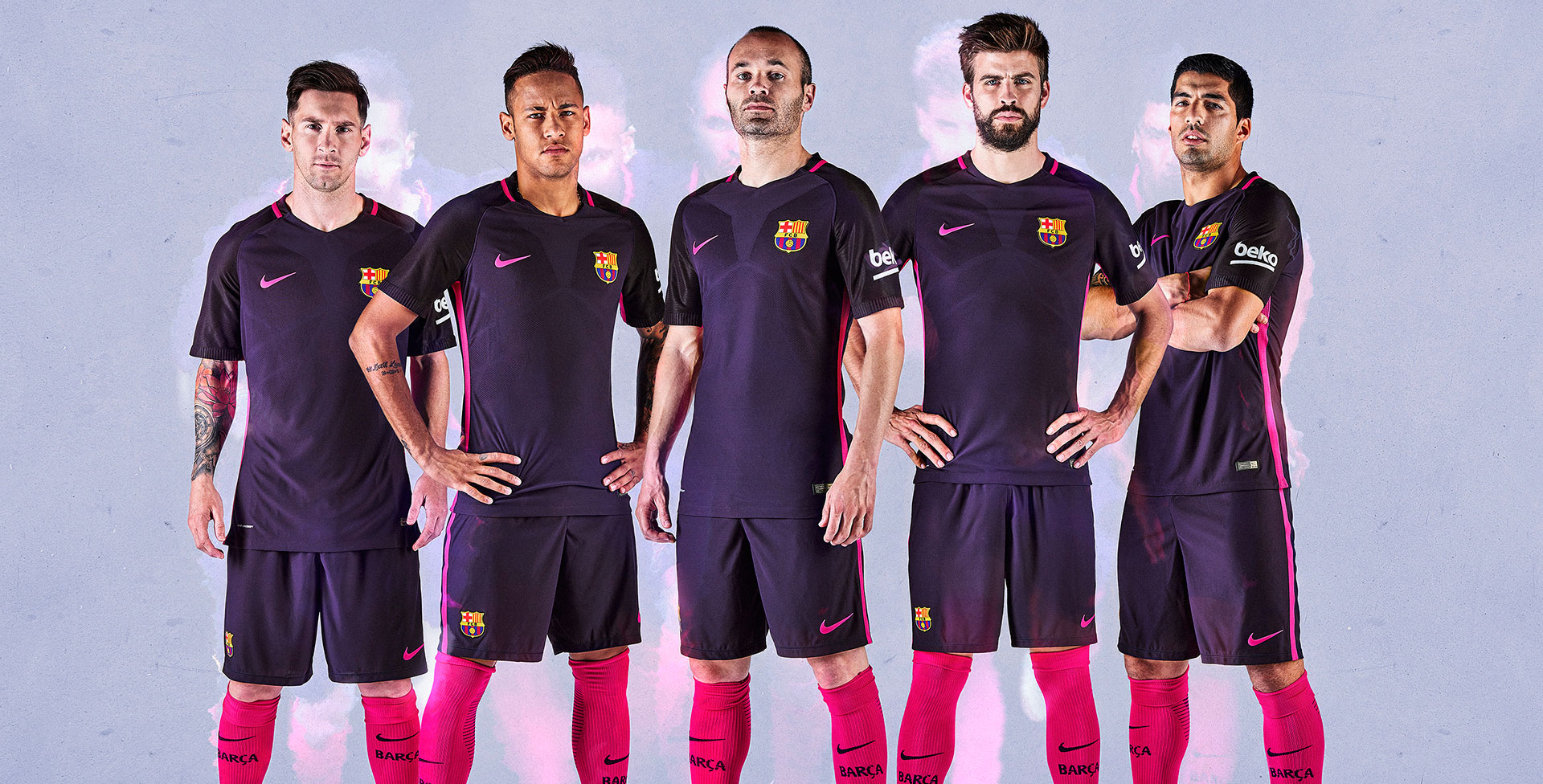 Time for one of the absolute kit release highlights of the year, as Barcelona present their new away-shirt. Nike always tend to go quite bold with the design, but they have really outdone themselves this time!

The new FC Barcelona away-shirt for the 2016/17 season is very different to last year, but actually not entire unfamiliar to fans of the Blaugrana. Because blaugrana is actually the inspiration behind the new away-shirt, as Nike have mixed blau (blue) and garnet (a red gemstone). Combined you get a daring purple new away kit, which certainly matches the style of the star-studded Barcelona squad.

"The fusion of the traditional red and blue makes this shirt fresh and striking, but at the same time connected with our history.” - Andrés Iniesta, Barcelona midfielder

The new Barcelona away-shirt is made with Nike’s new Vapor kit design, which features the AeroSwift technology. If you feel like investing in the athlete level version kit, you can get the innovative new stretchable design, which gives natural of movement in the kit and a locked-in fit. On each side, you find a stripe-panel running down the length of the kit, which expands during movement revealing a bold purple flash underneath. Not saying the replica fan version doesn’t look nice, but in this case the Vapor kit version is seriously impressive!

The FC Barcelona away-shirt is already available right now and can be ordered through this link here!