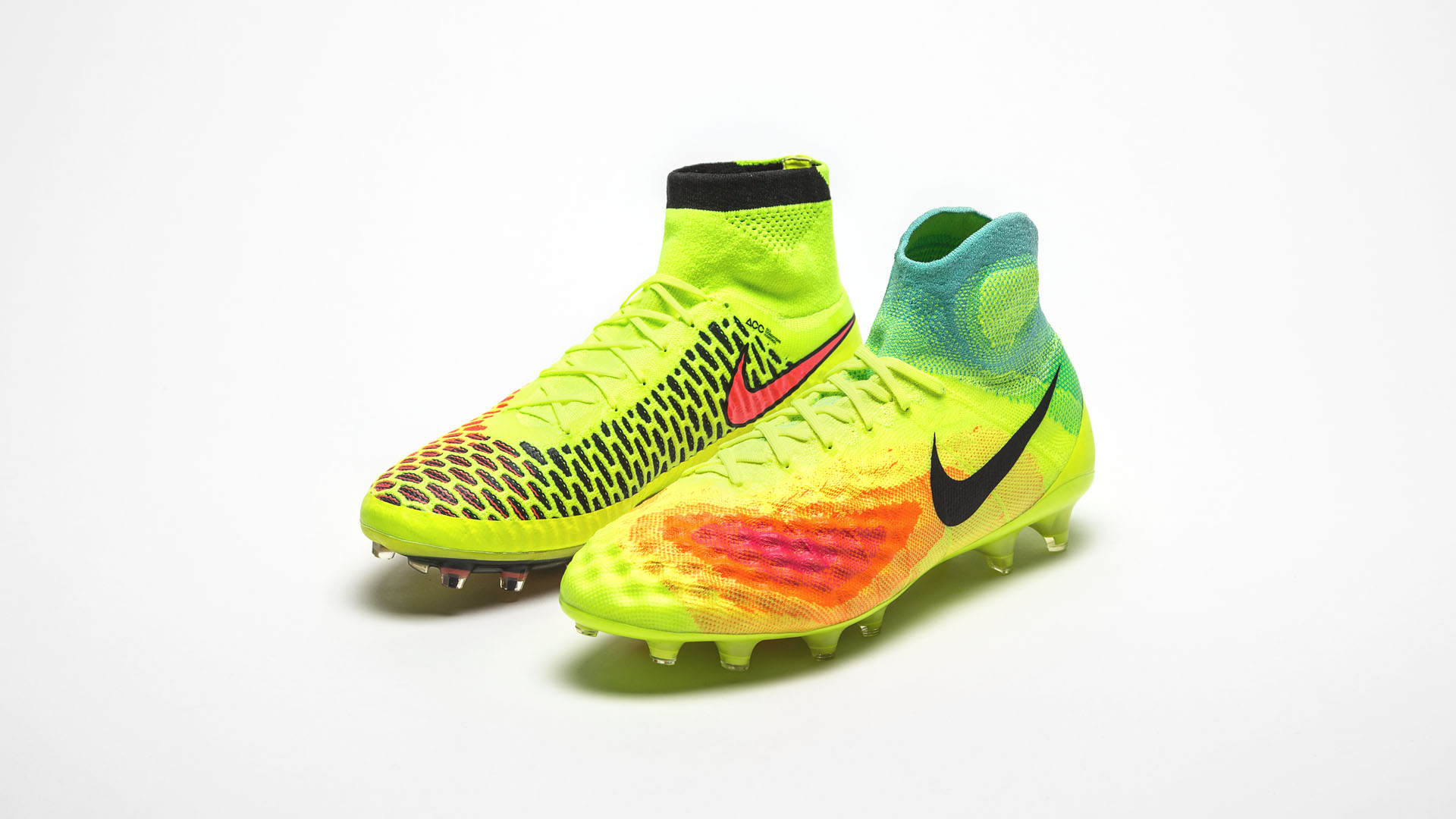 Two years ago Nike revolutionised our way of looking at a football boot, when they introduced the first football boot with a sock. Two years have since passed, and Nike now attempt to redefine the rules of the game again with Magista Obra 2.

When presented back in 2014, the Nike Magista Obra was made with the ambition of delivering a football boot, that gave the greatest sensation of barefoot football. The football boot should be a natural extension of the body.

For Nike it’s all about pushing boundaries and that is why the starting point for the development of Magista Obra 2 was clear; It shouldn’t just build on the first generation, but rather take the concept and reinvent it. So that is why the designers asked themselves a very simple question: How would the foot look, if humans had evolved with the sole purpose of playing football?

Nike were right, when they said football boots would never be the same. Since the Magista was released we have seen a lot of football boots with sock released. There really can be no doubt that the most eye-catching element of the first Magista, was the Dynamic Fit Collar (DFC), which was developed from Flyknit and made to give a one-to-one fit in the boot - like glove! It was the foundation and driving force behind Nike’s ambition of making the boot a natural extension of the foot. There was however not quite as much thought behind the design, as there is on the Magista Obra 2.

While the DFC “basically” was just a regular sock before, Nike have with the Magista Obra 2 made the sock more anatomically correct. That means it now follows the ankles shape, which improves the socks function greatly. At the same time, the thickness has been increased, so it offers more protection.

On the original Magista Obra Nike used a 3D textured upper for the first time. Created to give increased friction between the foot and ball. The honeycomb-ish structure was however pretty flat and entirely the same across the whole upper.

On the Magista 2 Nike have once again used their 3D Flyknit technology and created a textured upper. The concept is still based on giving players increased friction and feel for the ball, but this time the upper is constructed on the background of superior analytical data. Nike have located the zones and areas of the foot, which have the most contact with the ball and are the most sensitive to the touch. These happened to be the same, and Nike therefore built the Flyknit upper to accommodate touch in these spots and also added the striking heat map to illustrate it.

The Magista Obra was introduced to the world with Iniesta as the leading man and it was in great part his style of play that influenced the design. That’s why the stud-configuration also played a central role, with its conical 360° rotation system. The studs were added to a simple Pebax/Nylon outsole, which was both flexible and stable. Decent enough.

With the Magista Obra 2 Nike have once again been busy with the analytical tools. Here they used their Finite Element Analysis, which gives a clear idea of, when and where extra grip is needed. On the background of this analysis, Nike have managed to make the most precise stud-configuration for the playmaker. Nike also managed to reduce the weight of the entire outsole by 25 grams, which is a very significant drop in the current boot landscape.

The Nike Magista 2 is way more than just a simple update. And it will be very interesting to see how they perform on the pitch, when we really get to take them for a spin. If you want to hear even more about the new technologies, then I recommend you watch JayMike’s latest Tech Talk below.