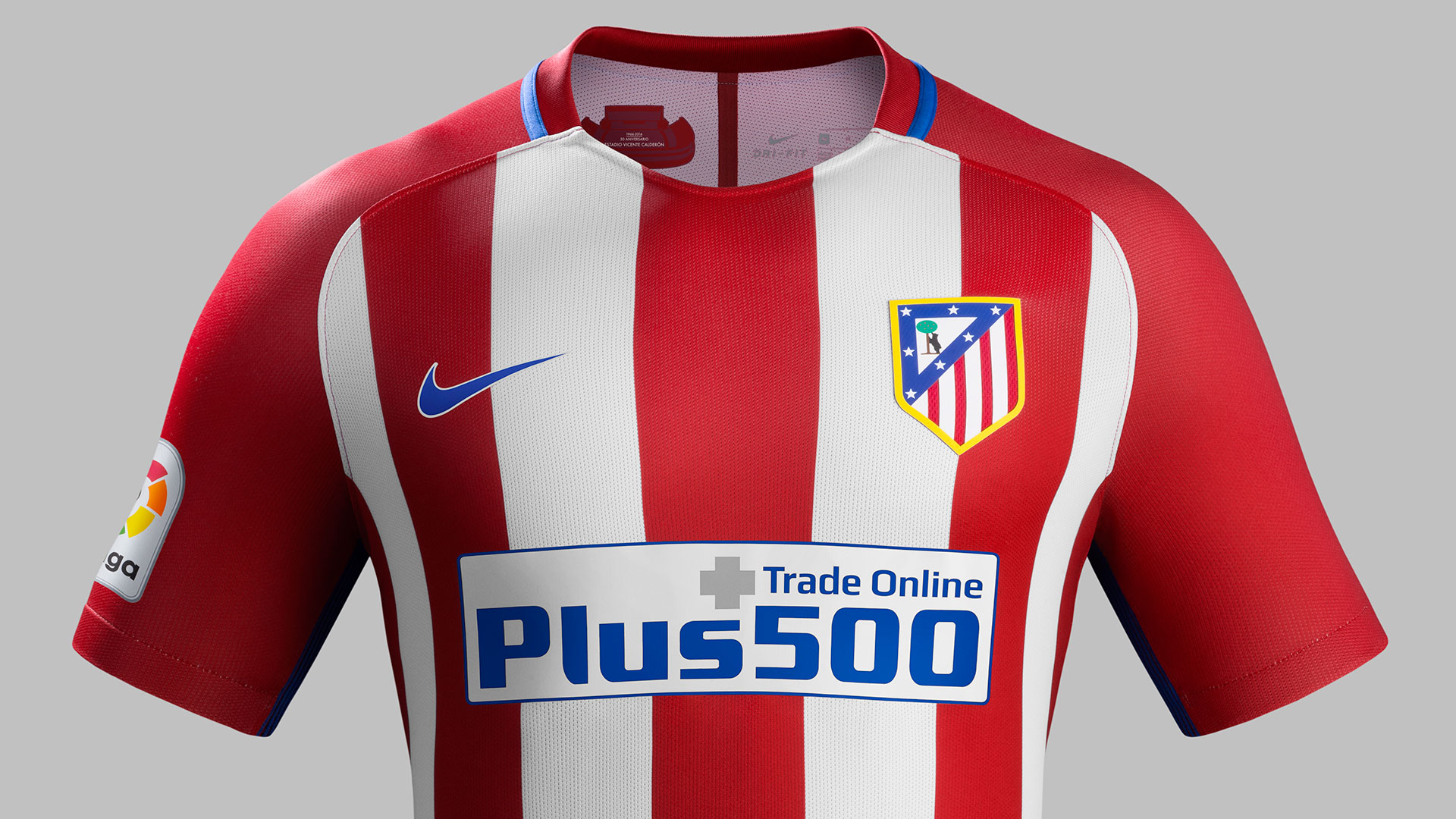 This season may very well be one of the most important seasons in the club’s history! Atletico Madrid now get a new Nike home and away-shirt to push on for greatness next season.

Last season they were painfully close to winning potentially three major trophies, but went home empty handed. Enough to hurt moral, and dismantle any team, but not Atletico Madrid! Their team has stood strong and even upgraded their already impressive lineup. The days of saying there are only two super teams in Spain are over, because Atletico are here to stay at the top.

Nike now introduce the new shirt selection for Atletico Madrid by presenting a home-shirt and an away-shirt, which both don’t really break the mould much. They are as tried and tested, as they are entirely classic. Inspired by the original kit from the 1966/67 season and the stripes you see on the top tier seats of the infamous Vincente Calderon.

“Wearing this new kit, that pays tribute to such an important year for the team, is a great honour and I am sure it will be an inspiration for all of us throughout this new season,” says midfielder Saul.

If you want to order the new Atletico Madrid shirt, then you can find it right here.