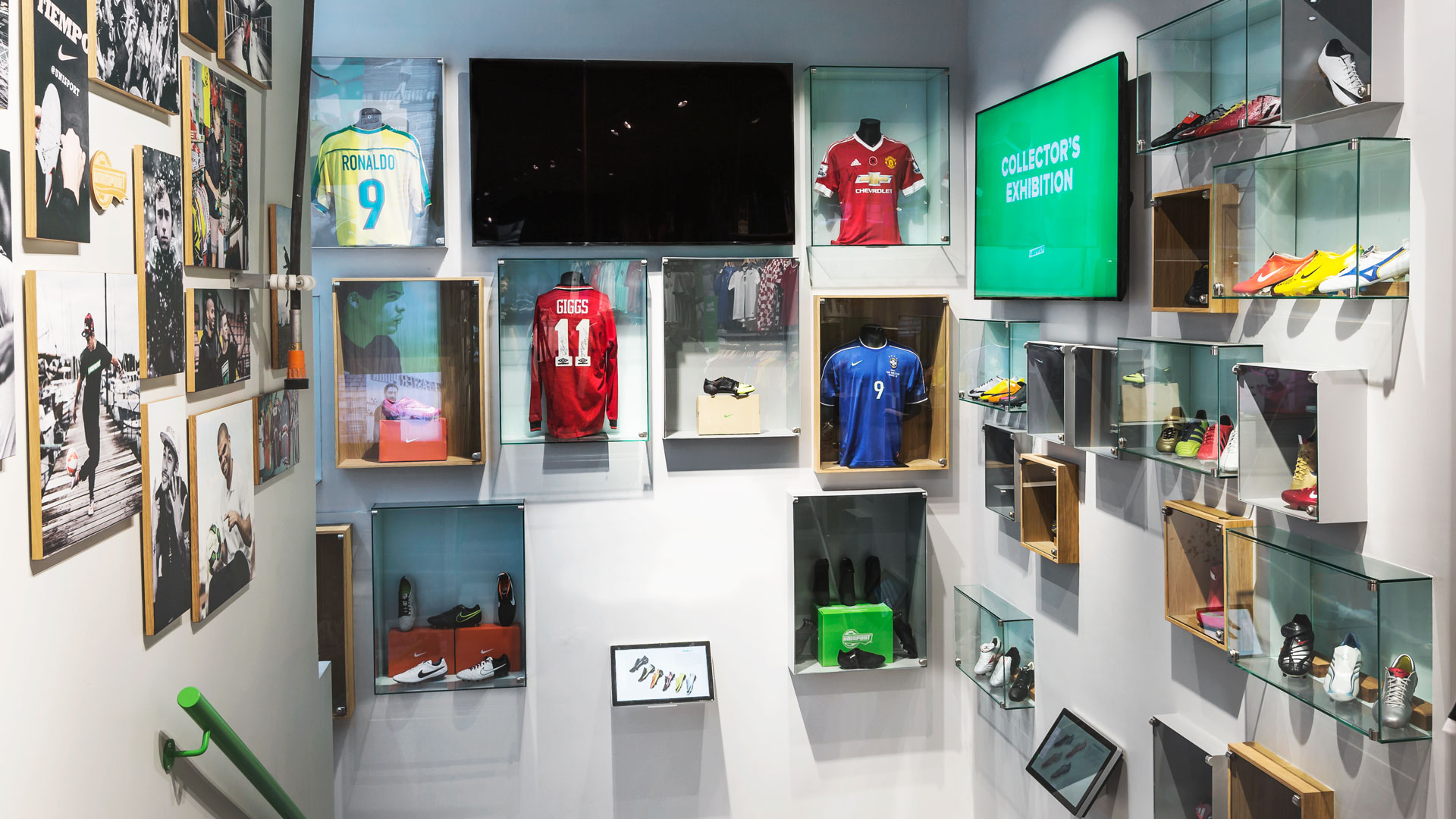 At Unisport we ourselves have a pretty impressive collection of legendary football boots, but out in the worldwide world there are collectors that could blow even our mind. We have gathered some of the very best and rarest in our Flagship store.

Since Unisport opened the World Best Football Store in December of last year, we have been constantly updating our special starway exhibition and sharing with you some pieces of football boot history. For this starway exhibition we decided to do something extra special, by reaching out to some of the world’s most prominent and impressive collectors and having them display some of their prized possessions. If it wasn’t already, the World’s Best Football Store on Strøget in Copenhagen is a true Mecca of football boots.

That’s why, If you’re not necessarily in Copenhagen or dropping by in the foreseeable future, we thought we would share some images from the exhibit, so you at least can get a bit of an impression of the incredible selection of boots and match worn shirts in display there now.

The collectors featured in the flagship store are listed below, and if you don’t already, you really ought to give them a follow on Instagram.