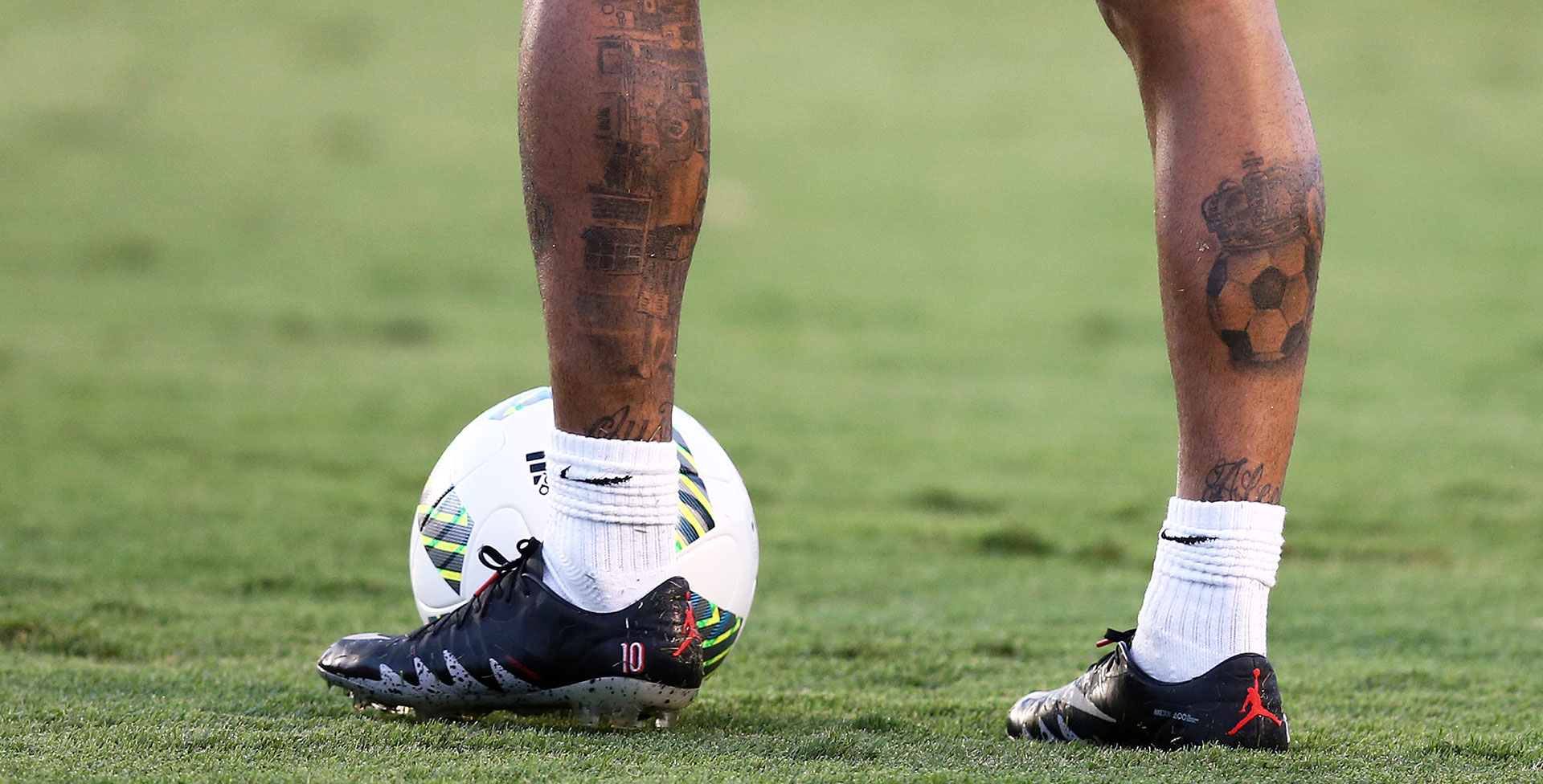 Summer holidays are over and the players are back in action! That means new boots too and that’s why we are back to bring you boot spots galore. Strap yourselves in!

Neymar has received his new Nike Hypervenom NJR x Jordan boots ready for the Olympics. The collaboration between the iconic Jumpman and Neymar is one of the biggest of the summer and if you watched the Japan U23 vs. Brazil U23, you got your first taste of them in action.

The greatest of all time has new boots ready for the new season. With the colourway update he has once again opted for the Messi 16.1 over the PureAgility. Both are top quality boots and the only difference is really the lace cover. Worth noting is also that this series of boots, is the first time in many years that Messi hasn’t got a custom version with a leather upper. That really speaks volumes to the softness and suppleness of the newly developed AgilityKnit upper.

Kasper Schmeichel this summer switched glove and boot sponsor to New Balance and has throughout pre-season worn the Furon 2.0. He was wearing a white test pair, but switched to the official colourway last night against PSG (image a bit bad). The Paris Saint Germain game didn’t make things look promising for Leicester ahead of the Champions League, because they got swept aside 4-0.

The New Balance Furon 2.0 has risen greatly in popularity in the last couple of months and with the soft knitted upper it’s easy to see why. Kevin Mirallas and Aaron Lennon are the two newest players to experience the benefits of the still fairly new boots, as they both switch from Nike Mercurial Vapor blackouts to these.

It’s all going down in Everton lately. Following a short stint in blackout boots, which sparked rumours about his contract situation, Ross Barkley is back in colourway boots. Drama over and expect to see him in the Premier League with the Nike Magista Obra 2.

Hard at work and now rocking a beard. Sergio Agüero is a player Pep Guardiola has expressed his desire to work with many times before and now they are finally together. The partnership is off to a strong start, and Agüero has been very prolific during pre-season in his new PUMA evoSPEED SL Tricks.

The PUMA evoTOUCH has that something special. Ask anyone who has tried them and they will tell you the leather and evoKnit sock is on a completely different level. Cesc might have gotten a little too comfortable and drifted to sleep, that can be the only explanation for his idiotic red card against Liverpool. Fair play, he did apologise after the game though.

This is how you endear yourself to football boot fans like us! Ousmane Dembele has been rocking the Nike ‘What the Mercurial’ during pre-season, and although it is probably only temporary, you have our respect sir.