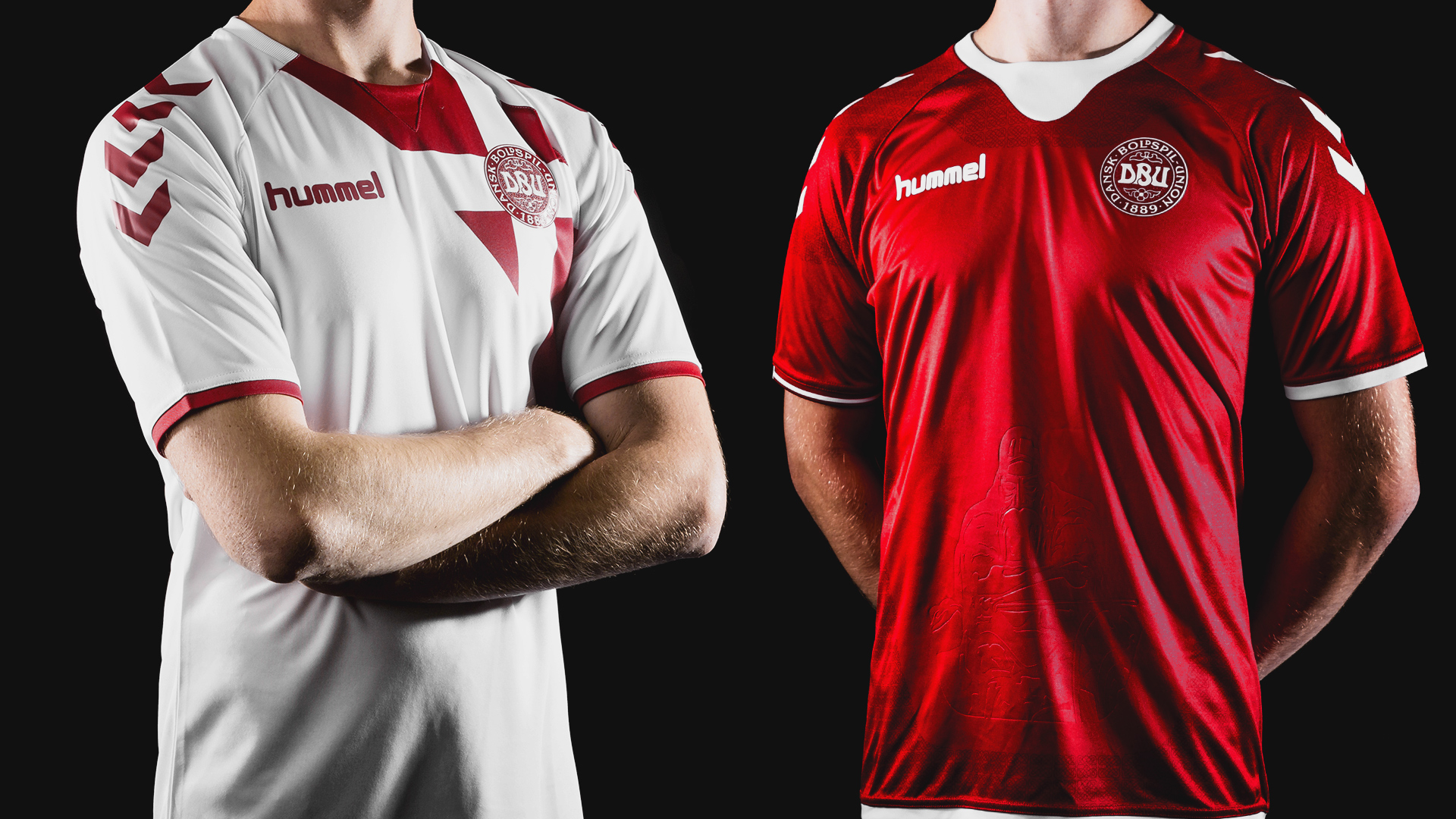 Hummel were for many years synonymous with the Danish national team, until adidas swept them aside and took over. That wasn’t a development that everyone was particularly fond of. Now Hummel are back, much to the excitement of those same people…

The Danish national team’s biggest games have been played wearing Hummel’s famous angles on their shoulders and even though you shouldn’t judge a team’s performance by the brand they play in, I’m not a second in doubt that this played a central role in the decision to change back. Hummel are back together with the national team and today they finally reveal the new shirts that will be worn during the World Cup qualifiers.

With the Denmark shirts, Hummel have really brought things back – and I mean waaaay back. The historic Danish Vikings have served as a source of inspiration for the design. The details are especially apparent on the home-shirt, which has legendary figure Ogier the Dane (A statue that will wake up to protect the country) printed into it.