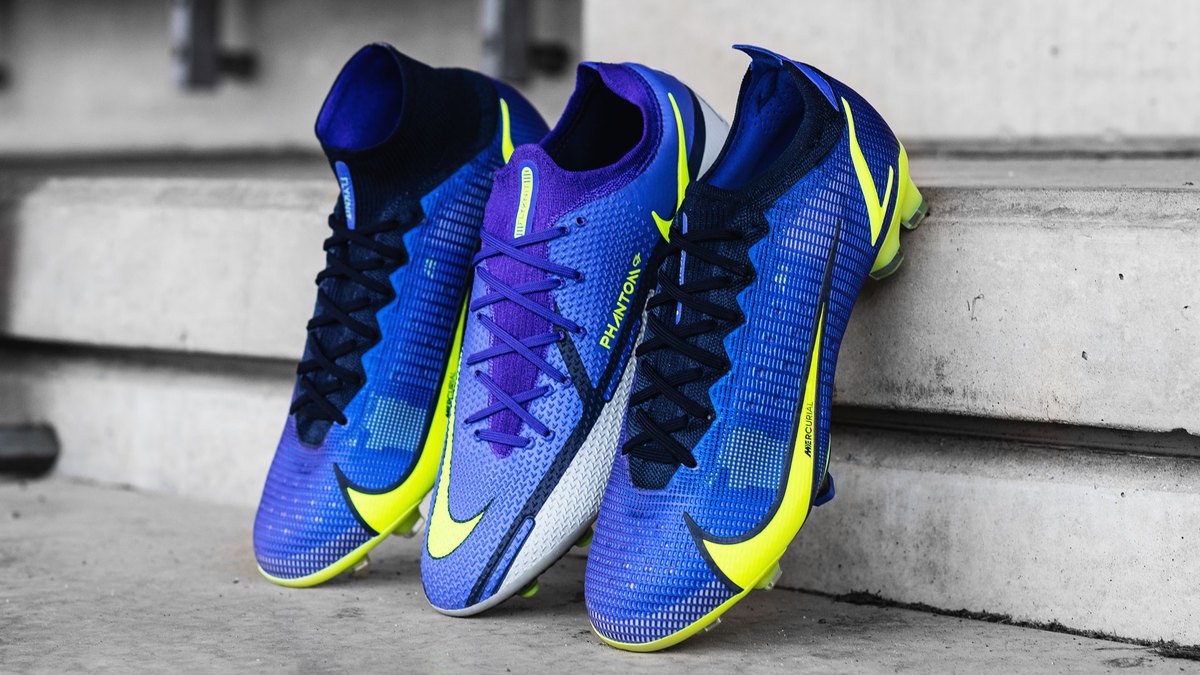 Winter doesn’t necessarily mean that everything has to be dark and boring. You can still put some colour on it with the new Recharge boots from Nike. Check them out here!

It’s been a colourful year from Nike in terms of football boots. Both during spring and the summer we’ve seen some amazing updates including the Black x Prism , Spectrum and the Rawdacius just to name some of them. And even though the darker and colder times are on their way with the winter coming closer, it doesn’t mean a lack in colours. It’s time to face the temperature drop and recharge the batteries with the latest boots collection from Nike - the Recharge!

Take a look at the pictures here. We will continue with the tech talk below

The Mercurial - both Vapor 14 and Superfly 8 - comes in a dashing purple colourway. The whole upper has a purple base. And then we have some pretty cool details. The Dynamic Fit Collar on the Superfly is black along with the laces which are also black on the Vapor. The Swoosh logos are made in a crazy volt colour and this also goes for the Speedwings on the heel.

The Mercurial has the new, revolutionary Vaporposite upper. It’s made of four layers named Duragon WT, Engineered Mesh, Titan Synthetic and Avail Q. And the result is a unique fit which will give you better grip on the ball. The soleplate has a stud configuration that focuses on aggressive grip for optimal acceleration and speed.

The second boot of the Nike Recharge is the Phantom GT. It comes in two versions - one with the Dynamic Fit Collar and one without. It has the now iconic colour blocking all around the upper, which we have seen on the Phantom GT 2 since it launched in the summer. Like the Mercurial, the GT also has a dominant purple colour on the upper. This one is accompanied by a grey/silver colour. And then a black line to divide the colour blocks. The Swoosh logos are volt.

The upper is made of FlyKnit, which will provide the maximum comfort and stability at the same time. The top layer of this consists of the Generative Texture (GT), which means you will get extra grip on the ball. This will give you optimal conditions to control the games and decide them.

The Nike Recharge boots are made for you to recharge your batteries in the darker times of the year to make sure that you stay on top of your game!

Check out and cop the Nike Recharge at Unisport today - right here!