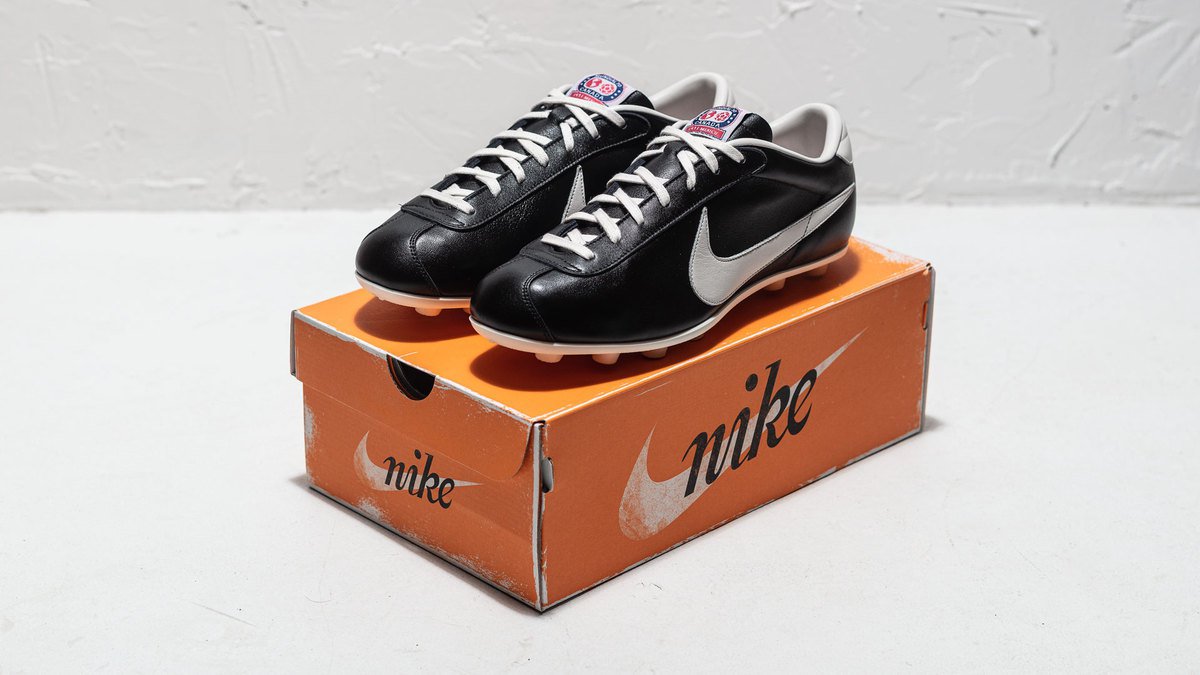 It’s always great to go back in history and look at iconic items. And Nike’s latest launch is a perfect way to remember an iconic football boot!

Nike have given us some amazing releases through the years. Football boots that have revolutionized the ways we look at technology and design. We could mention the Mercurials, the Hypervenoms and even the Phantom Vision. All of them have made us gasp for air and opened our eyes to new ways of making footwear for the best footballers in the world.

But all of this actually started 50 years ago when Nike began their football journey. They launched their first ever football boot in 1971. It was simply called “The Nike”. It cost $16.95 back then. Unfortunately it didn’t hold up well in wet or cold conditions and Nike discontinued the boot shortly after. But it was a first mover for the brand and is still a big icon in the boot world. And now it has come back to life. It’s an ‘as close to the original as possible’ remake.

It is made in a full black leather upper with all the original details. Big, white Swoosh on the side, white laces and a cool retro logo on the tongue that pays homage to the first version which was produced in Mexico back in the days. The soleplate is also made in completely white - so the retro look is spot on!

This remake will come in a very limited amount. Only 1971 pairs worldwide. It’s made for all the collectors out there and is only produced in size US 9. So it’s not made to be used on pitch but for the shelf. So that you can show off this amazing and iconic item to everyone you know. It’s a possibility to grab a piece of history of the Swoosh. And it also comes in a very special box with a weathered look. A nice extra touch from Nike to honour their own history.

If you like what you see or you simply have to own these, this is your lucky day. Because of course you can buy these at Unisport. But be quick - because they are very limited as mentioned.