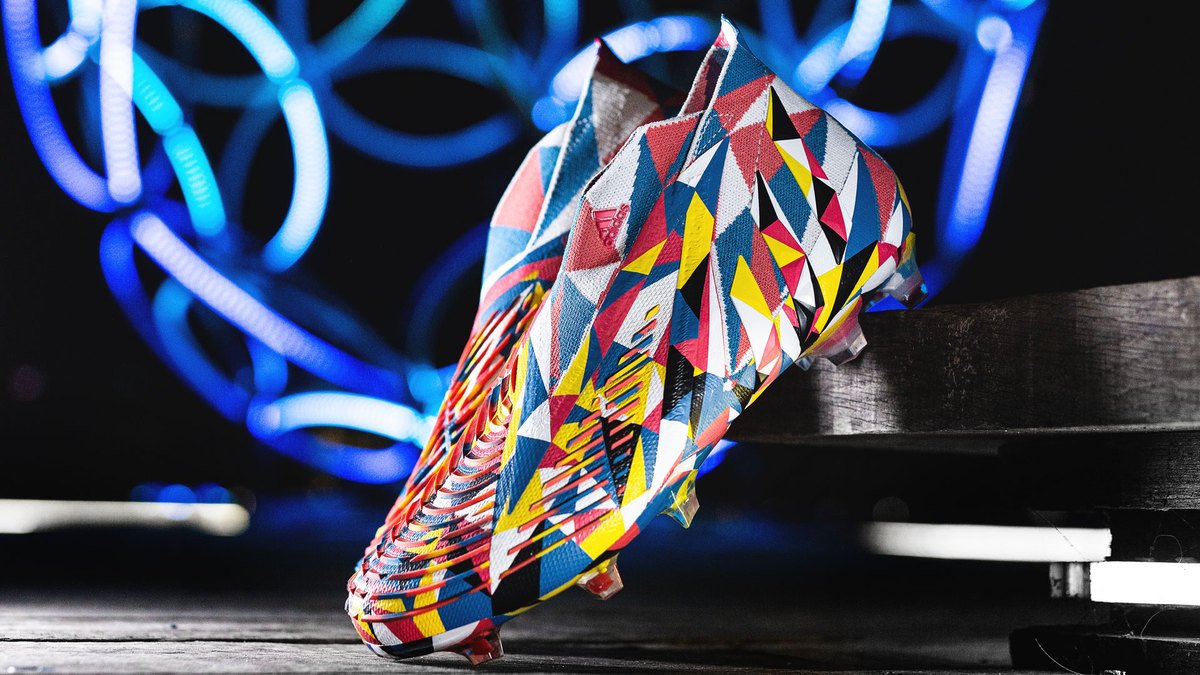 The new Predator Edge from adidas football has taken us all by storm with its completely new looks and technologies! The new Geometric Predator is something special and will definitely give you the energy to showcase your creative edge on pitch. Read more here.

So far we have seen two colourways of the new Predator Edge since it launched this January. First we saw the Sapphire Edge in blue and red and then Edge of Darkness which is a blackout colourway. But now it is time to spice things up and this might be the most colourful boot of all time! Say ‘hello’ to Geometric.

The new Predator Edge Geometric is a Limited Edition boot and it is really something special. The Predator Geometric supports the design and idea of the completely new Predator Egde, as the geomtry has been a central part of development of the new silo. The boots will not only turn heads, but it will also stand out in any football boot collection. The Predator Geometric has faceted details, sharp angular shapes and vibrant graphics to represent your unwavering creativity on the pitch as you carve a path to success.

The new Predator Edge has a Primeknit upper with innovative and revolutionary Zone Skin, which with strategically placed zones of rubber, provides ultimate control and improved grip Forefoot with Powerfacet technology incorporated, which distributes the weight towards the front of the boot and optimises the power transfer when you hit the ball.The collar is a premium two-part Facetfit collar by Primeknit, which helps to provide a fantastic fit and optimal lockdown. The advanced and newly developed split tooling Facetframe delivers stability, acceleration, dynamic traction and rotation even at high speeds.

The boots will be worn by players, such as Toni Duggan, Ellen White and David Alaba and we can’t wait to see the boots in action. Can you?