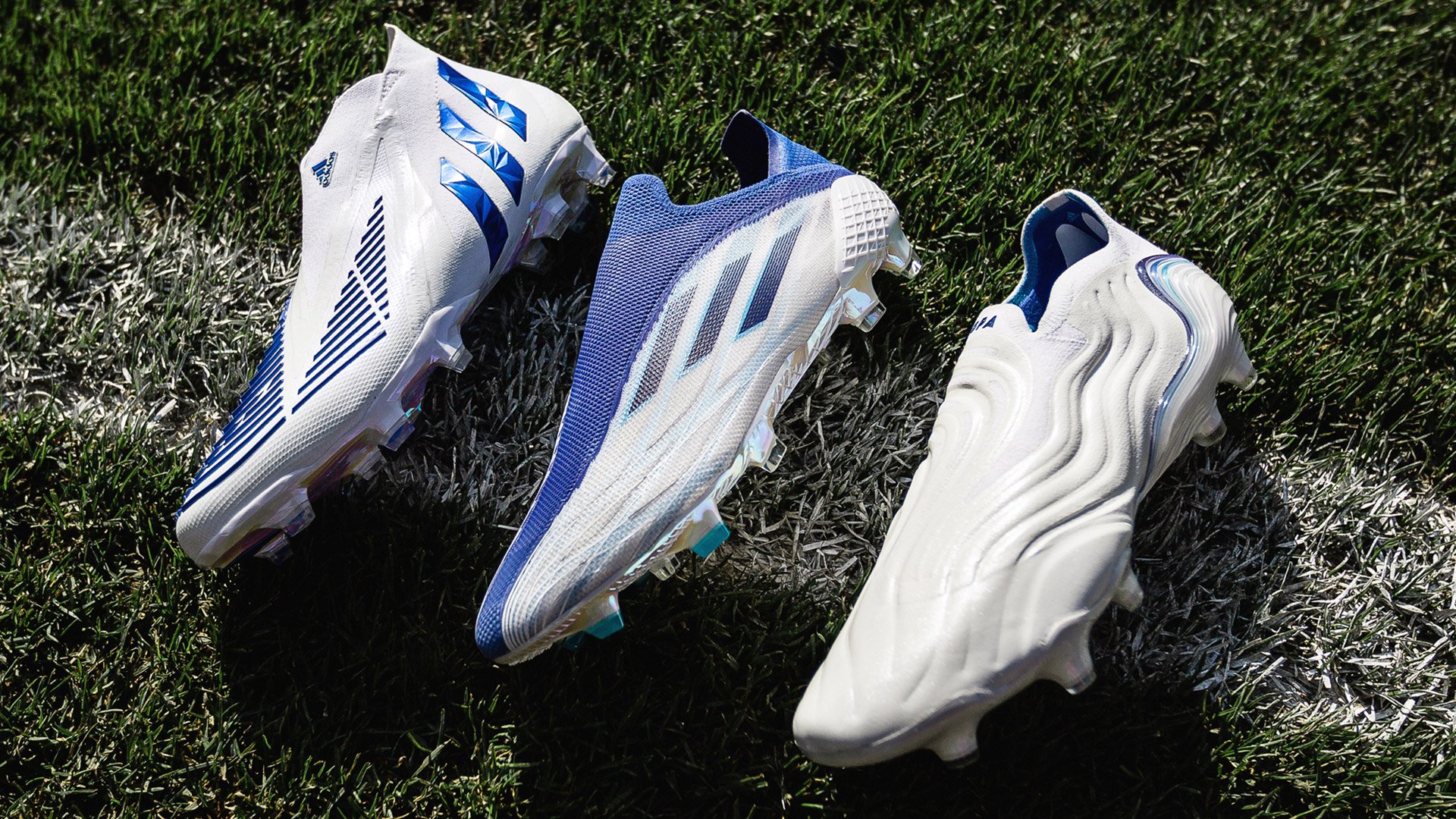 Shine bright like a diamond - that might be the most perfect sentence for this crazy inline pack from adidas. It is always exciting when an inline pack launches, especially because this is a pack we are gonna see for a long time. Let us have a look at what this new pack holds.

The new inline pack from adidas is called Diamond Edge and that is no surprise when looking at the jaw dropping colourway. The boots have a white base with blue accents, which makes them stand out! The Predator Edge boot has a white base with royal blue diamond look alike details. When turning the boot around, the soleplate shines just as bright as the rest of the boot. Moving on to the X Speedflow boot - it comes in a white base combined with royal blue on the collar and fading blue on the three adidas stripes.The soleplate is shiny, just like a diamond. Last, but not least the Copa Sense boot. After some time, we finally see a new colourway for the Copa Sense silo - a white base with small blue details in royal and light blue around the heel area. Very simple and classic. The white base continues down to the soleplate to give it a complete white look.

The boots are designed to help you stand out on the pitch! But is this the colourway of the year? Yes it is - all three boots will be used on pitch for the rest of 2022 by almost all adidas athletes. The three silos are not the only thing launching - goalkeepers will also have the chance to stand out on the pitch with their goalkeeper gloves. There will be shiny gloves that match the Predator Edge and the X Speedflow boots!

Take a look at the jaw dropping boots below!