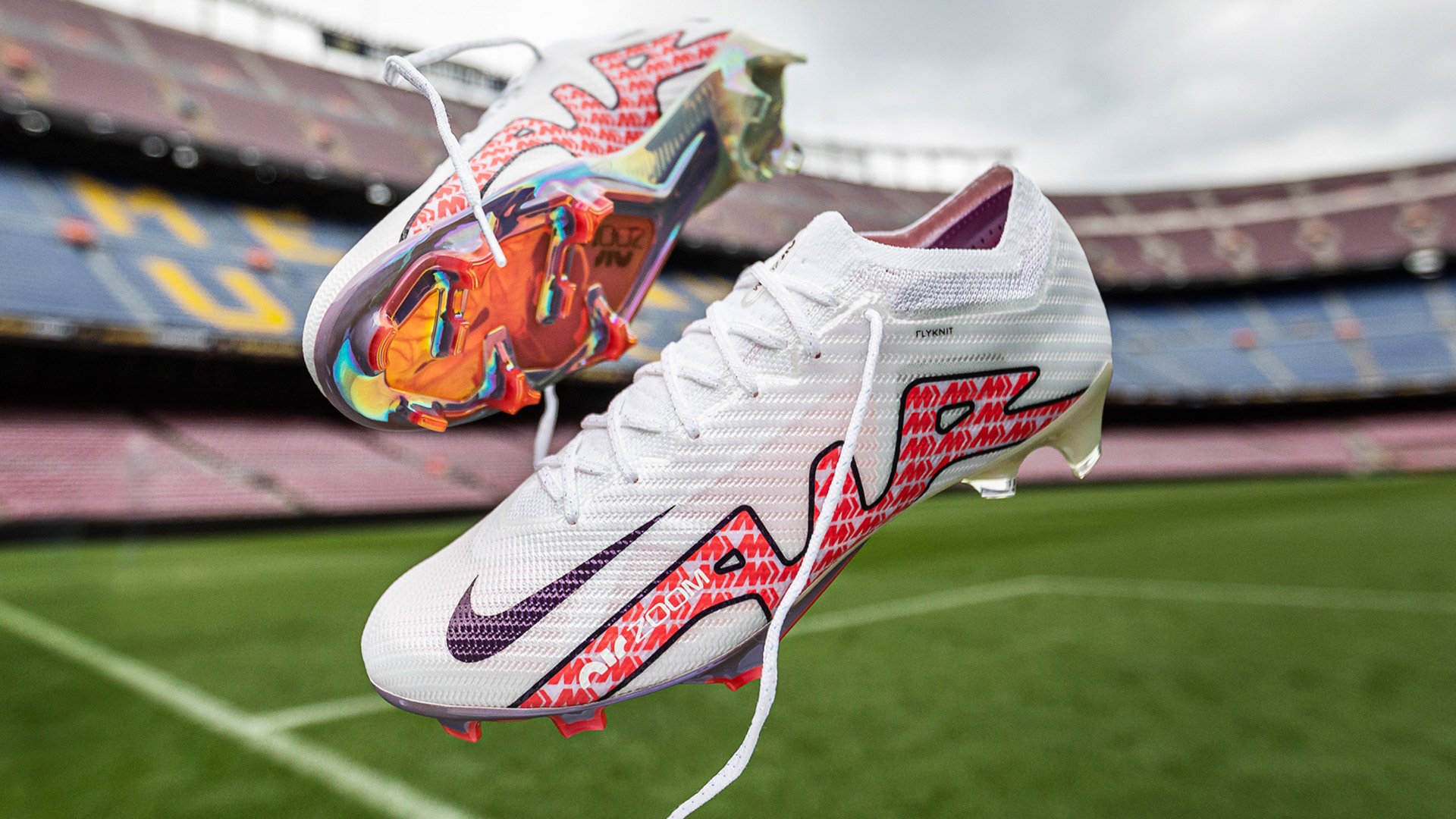 What happens when you add Air Zoom to Mercurial? Well the fastest just became faster. Nike have resigned the Mercurial from the pitch up, giving them Air to make it the fastest pair of boots Nike have ever produced. If speed is the question - Air Zoom Mercurial in the answer. Sign up exclusively at Unisport to get your pair 1st of July!

Sign up for the all new Air Zoom Mercurial here

History of the Mercurial

As you might already know, the Nike Mercurial has been around for quite a while now. Dating back to 1998 the very first pair was released after more than two years of development. The boots were made specifically for Ronaldo, the Phenomenon or R9 as he was known back then. To make a boot suited to Ronaldo’s explosive style, Nike designers looked to the track. To meet the challenge of Ronaldo and the modern striker, the team of designers ditched the heavy kangaroo leather and made their own synthetic kangaroo replacement, KNG-100. The second major breakthrough was reducing plate thickness from the industry standard 3 mm to a game-changing 1.75 mm. This made for the lightest boot ever made by Nike - and not only that, it changed football boots forever. After 24 years of constant improvement of the Mercurial, Nike have decided to take the next leap in innovation for the boots. Adding Air Zoom to create the most technologically and lightest Mercurial ever. Stay put, as we will tell you all about the technology below.

Technology of the Air Zoom Mercurial

Lets start from the top - and by top we mean by looking at the upper. The Vaportsite+ upper has been reworked from the ground up, making it a bit different from previous models. Nike wanted as little structure in the upper as possible while still being able to secure the foot during the most aggressive movements. Football is one of the sports that require the most lockdown, and thus you need to securely lock in both the toe, midfoot and heel - and still allow for a good, natural amount of flexibility. Nike took to the Roman sandal. Looking at the more than 1700 year old sandal seems crazy, but there is a meaning with the madness. Studying the sandals of Roman warriors showed a new way to create the perfect lockdown for a football boot. The result is the SpeedCage - made with a midfoot and heel strap for the most optimal lockdown. They made their SpeedCage from a thin, strong synthetic material with the ‘straps’ and the cutouts to fixate the foot as well as possible. On top of the SpeedCage, there’s a thin, mesh layer in the forefoot to make sure that while you get that sharp, barefoot like feel. On top of that is this outer layer that you will see as the upper - it’s a textile mesh woven in a chevron pattern and then covered in a silicon film meaning that you get the natural texture of the textile for a nice grip on the ball.

The gamechanger in the boots are naturally the new Air Zoom unit in the outsole - which we already saw in Zoom Ultra, however the new Air Zoom Mercurial are quite different. The Air Zoom has a 4.8mm thick pocket of compressed air - 20 PSI which is around 1,3 bar, more than a fully inflated football holds. Giving you that extra bounce in every strive, just enough to beat your competition. The Air Zoom unit covers ¾ of the sole and sits in a little cavity inside the tooling itself in order to get you as close to the ground as possible. It’s taken Nike 2.5 years and 3 prototypes to get here, which goes to show that this technology is more than ready for those big games.

Last but not least, Nike has opted for a new stud shape and placement. These new tri-star shaped studs, gives you a flat surface in three different directions, meaning that you can push off and cut more effectively. Lastly they also found that speed is more than just acceleration. Making this boot more responsive whenever you brake or change direction. Fastest just became faster.

These new amazing and innovative boots will be released in this Limited Edition rendition. Both the Superfly and the Vapor will be seeing a big red ‘Air’ on both the inside and outside of the boot. With an iridescent souplate Nike are keeping the trend with vibrant souplates alive. This Limited Edition boot will only be available in Zoom Vapor 15 Elite, Zoom Superfly 9 Elite and Jr Zoom Superfly 9 Pro - and being a limited edition you will have to be fast to get a hold on these. Sign up at Unisport today to be one of the first to get your hands on these.

Sign up for the all new Air Zoom Mercurial here