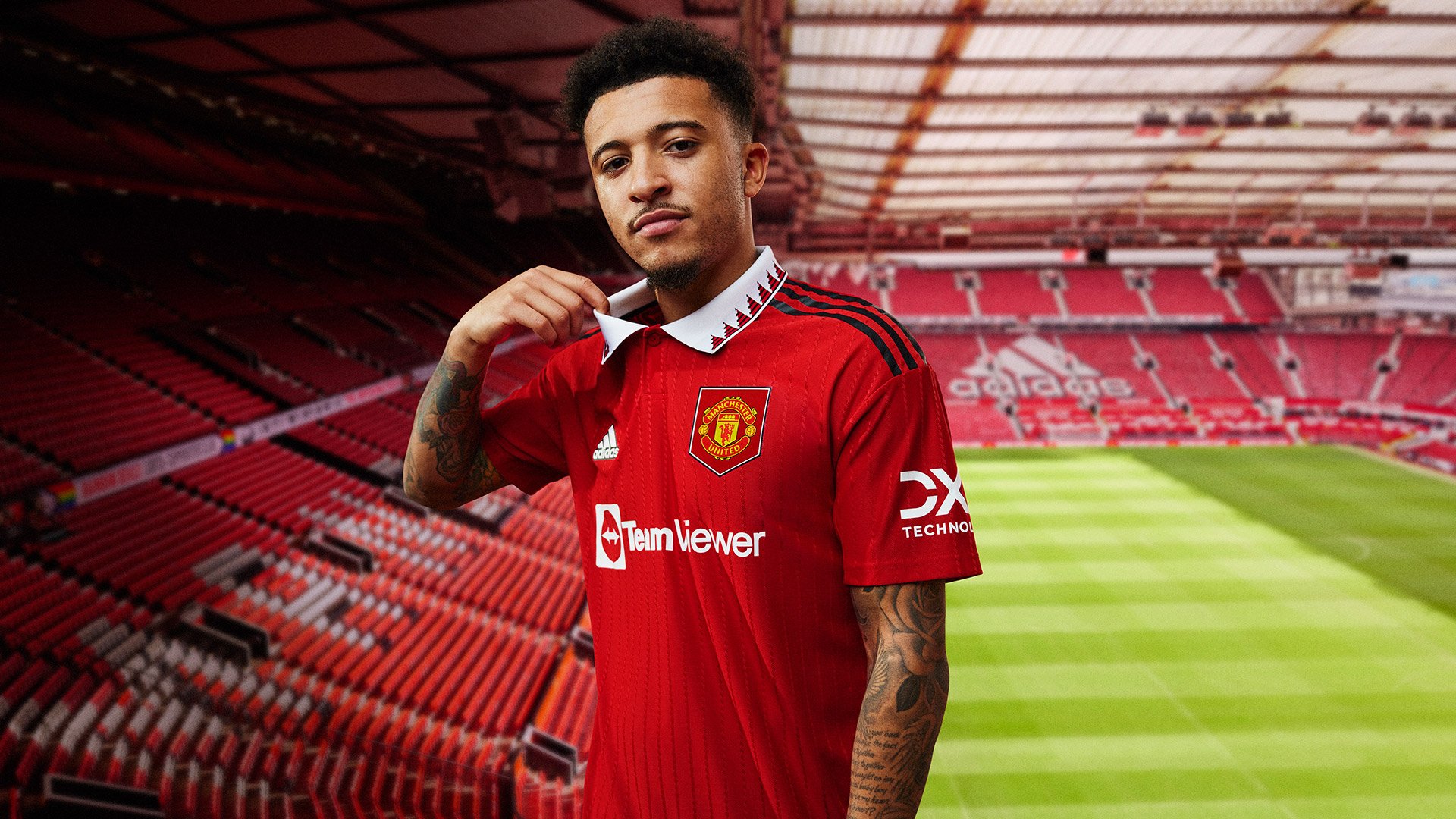 With a new project ahead, the Red Devils alongside its new coach, Erik Ten Hag, will play their home games in a kit reminding everyone of what they have done that no English club is yet to do- winning an treble.

The white collar with the black triangles and the shield around the badge is a clear reminder of the kit they used when we witnessed Ole-Gunnar Solskjaer toe-poke the ball into the roof of the net in the 93rd minute of the Champions League Final against Bayern Munich 1999. A traditional shirt that we’re looking forward to seeing bringing Manchester United back to the fine room. The shirt also has a red texture on top of its red base color in the form of stripes from top to bottom.

The badge on this shirt has a shield around it similar to the one we saw on the kit from the 2019/20 season. The difference now is that the badge back then was in black and gold whilst this shirt will be in the classic red and yellow. Maybe we can see a new era of Manchester United by taking part of the old one, instead of Sir Alex Ferguson, Scholes, Beckham and Sheringham we now have Erik Ten Hag, Fernandes, Sancho and Ronaldo.

Are you ready to head into a new red era with a new red kit inspired by the thing that holds The Devil above every other english club.

Then click here and get yourself ready for the next season