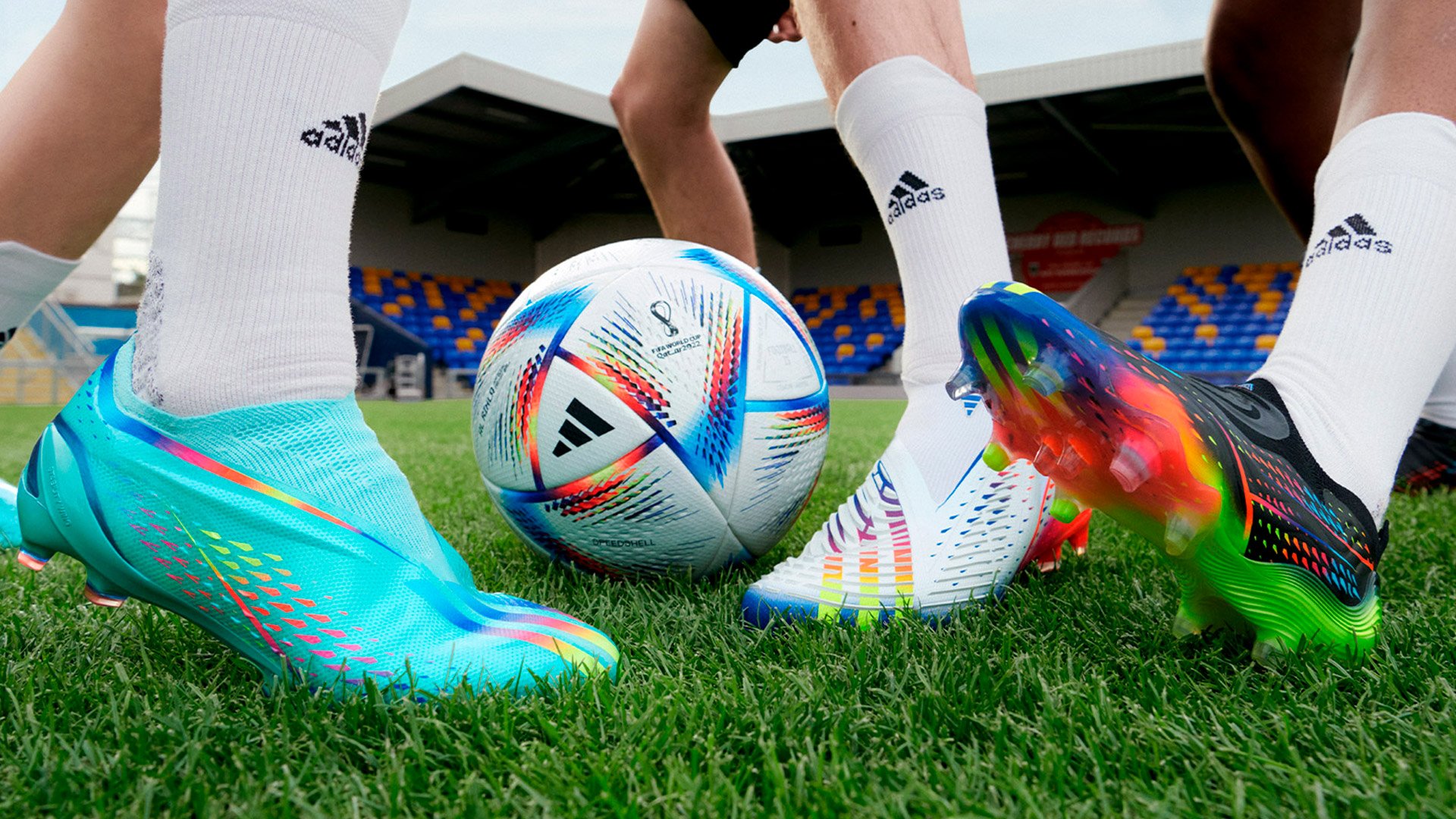 adidas are ready for the World Cup with a colorfull package. Keeping the concept from the Al Rihla matchball the new X Speedportal, Predator and Copa Sense will be featuring a colorfull design. With stripes of colors, reminiscent of a rainbow, these boots sure will be turning heads during the Tournament!

With the World Cup 2022 kicking off in less than two months, adidas are looking to heat things up with the beautiful new 'Al Rihla' package. Taking the same name as the matchball, Al Rihla means 'the journey' in Arabic - exactly what are hoping for this Tourament. For the first ever the World Cup won't be played in the Summer, but instead in the Winter, making it quite the journey for everybody.

With a futuristic look the new X will sure be a fan favorites for everyone watching at home. It will combine a light blue base with multicolor Three Stripes and multicolor applications, giving it a distinct Al Rihla matchball look, without being to similiar. The Three Stripes are different from those of the regular Adidas X Speedportal boots. They are not on the outside of the foot, but instead run from the center top toward the front, giving it a fresh and futuristic look.

With an almost 1:1 design to the Al Rihla matchball the new Predator will be looking amazing dribbling the ball this World Cup. Not knowing the the ball ends and the boot start, we just know is going to look amazing on players like Paul Pogba and David Alaba.

The most different and shocking of the bunch, these new Copa Sense is surely something we have never seen before. Whether you think it is the black sheep or the greatest looking boot ever, these will be making echos all through out the Tournament. Like the X and the Predator, the Copa Sense come in the same futuristic design with different Three Stripes as we know from the original. Instead of having only small Three Stripes in the rear area, they have the Three Stripes in the front part, making it a different and cool looking boot.