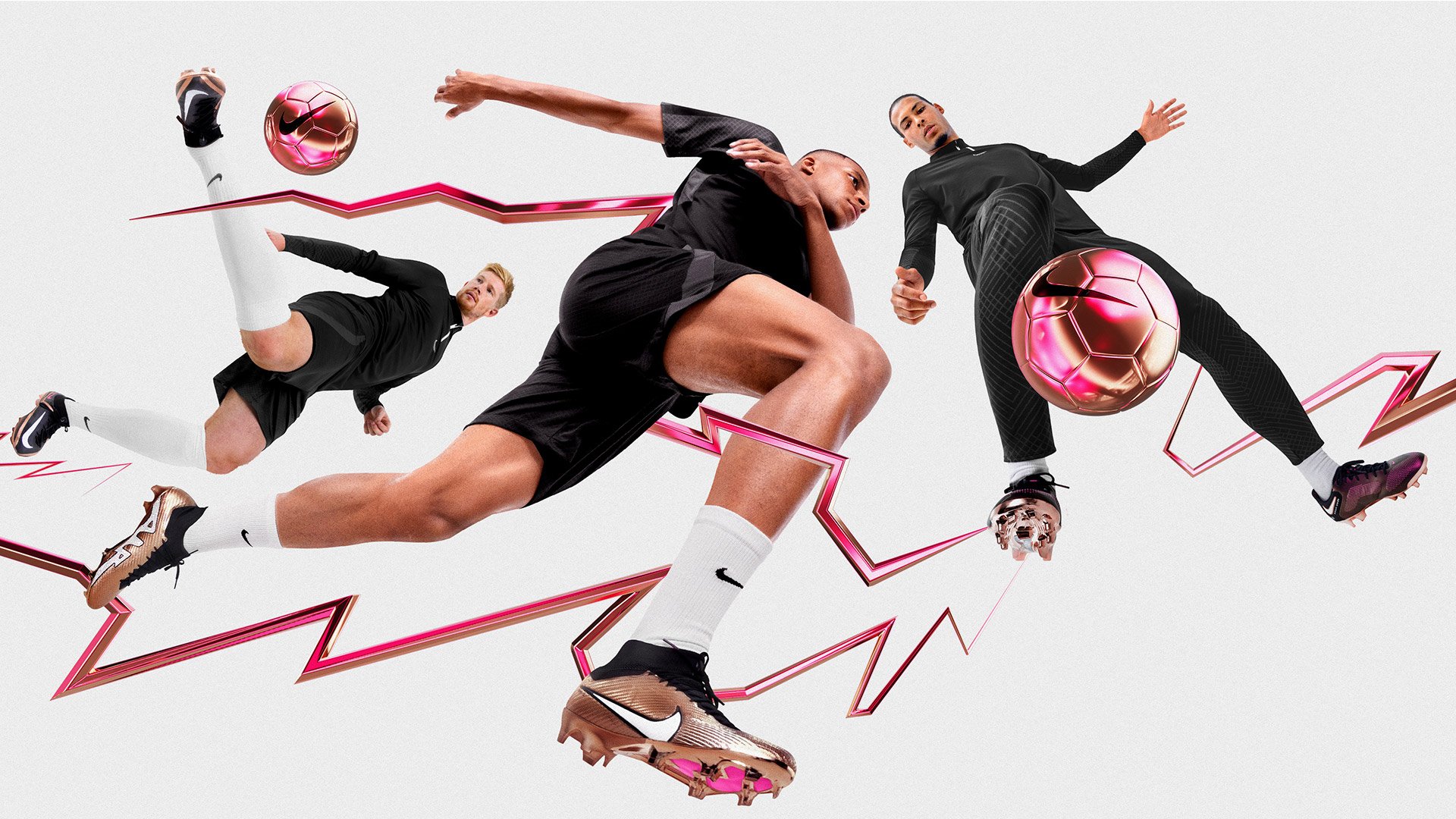 Nike is finally ready with their World Cup pack. Called the ‘Generation Pack’ this is made to inspire the future generation in becoming the best version of themselves. With a bold design this just might be the best looking WC boots we’ve seen in a while.

You know that feeling when you are at a match and the tension starts to build and the hopes are high? People coming together to support their team and cheering them on through the ups and downs during ninety minutes? When players come together in perfect formation on a pitch, or fans sing the hopes of their country in a stadium? Football becomes greater than the sum of its parts and lightning strikes. Football comes alive.

Made for the world’s fastest football players, the Mercurial is designed to supercharge the game and create chances with lightweight speed. Developed for the most imaginative football players, the Phantom is designed for quick lateral movements and agility with the ball, for instinctive, uninhibited play that defines the beautiful game. Created for the most commanding football players, the Tiempo is designed for consistent traction and perfect touch for controlling the game and illuminating the path to victory. The Generation Pack celebrates the power of synergy by imagining a team that combines Mercurial speed, Phantom skill, and Tiempo touch to become something electric - the most connected team in the world.

The electric power of the game is portrayed through copper colored uppers and special liquid chrome plates that reveal shocking pink and white as they’re worn.