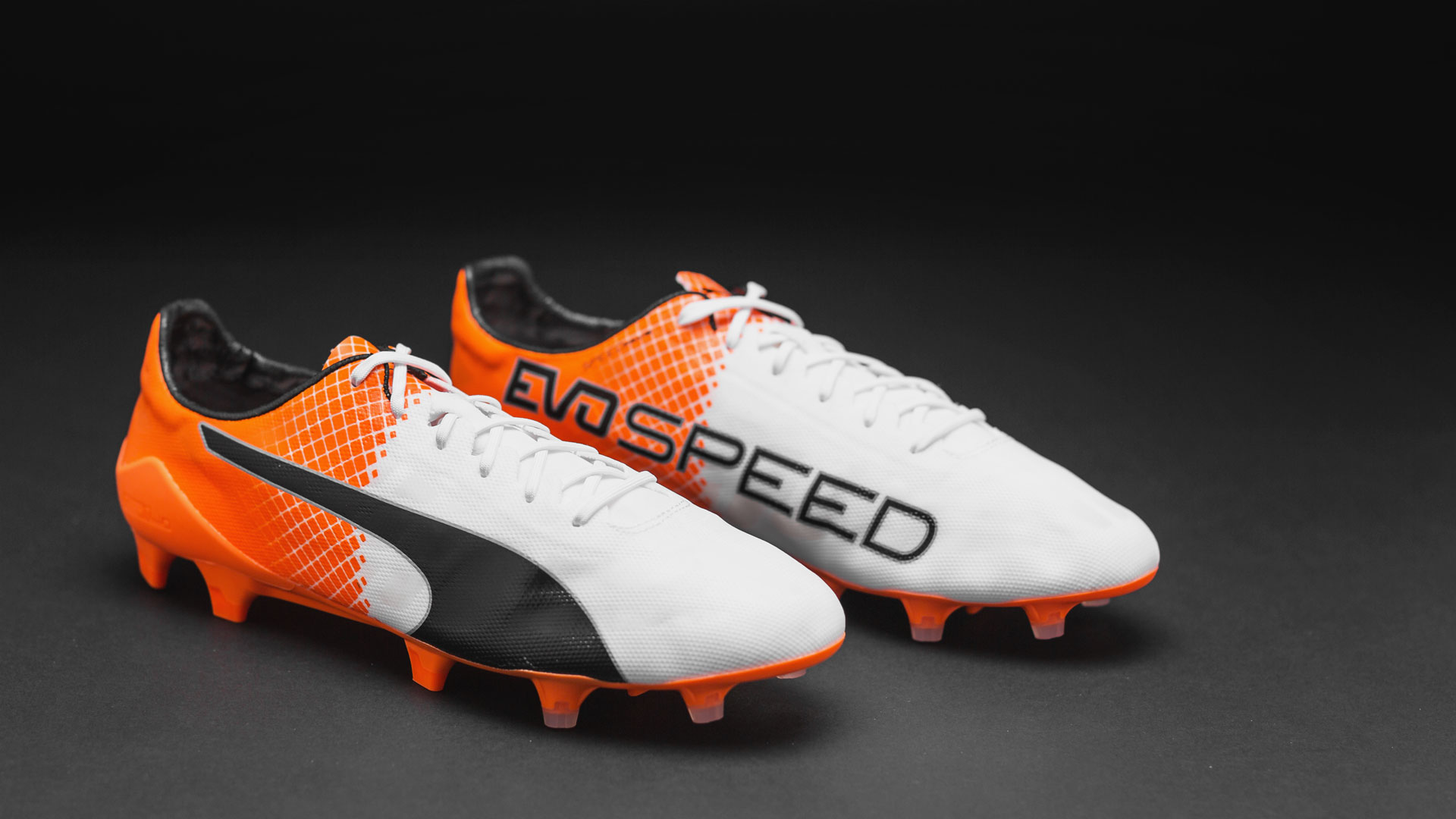 If the PUMA Tricks concept is just a little too off the wall for you, but you still feel like donning the same boots as Mr. Agüero and Reus, then boy have we got news for you! Read along here for the latest on the newest drop from PUMA football.

About two months ago, PUMA released their end-of-summer/autumn line, which brought the radical world of their Tricks concept, together with the always classy colour combination of red, white and black. In case you don’t know, the Tricks look features the left and right boots in different colourways and has since its introduction at the 2014 World Cup (Unofficially invented by Rigobert Song in 1998) been a big part of PUMA’s DNA. There are however those, who in a world where colourful boots is now the norm, feel that boots should at the very least be kept the same on each foot.

Call them old fashioned, but maybe that’s why this new PUMA evoSPEED SL II colourway update is so very reminiscent of the right foot, on the boots you see on the pitch now. The red/orange tone isn’t an exact match, but few would deny that the boots are pretty perfectly in line with the offering from PUMA in July. This launch is PUMA keeping any and all bases covered, as they look to continue their momentum, following a very strong showing from their athletes at EURO 16.

I don’t think we should expect to see PUMA evoSPEED stars like Sergio Agüero and Marco Reus pulling these on any time soon, because for their on-pitch appearance, the eye-catching Tricks boots are still very much the deciding factor. However, don’t let that cool you off what is bound to be one of the hottest drops from the leaping cat this autumn. Class at the front, fire on the heel! We can dig it.

If you sold of the flamey new PUMA evoSPEED SL II or the sturdier version the SL-S, then you can find both right there.