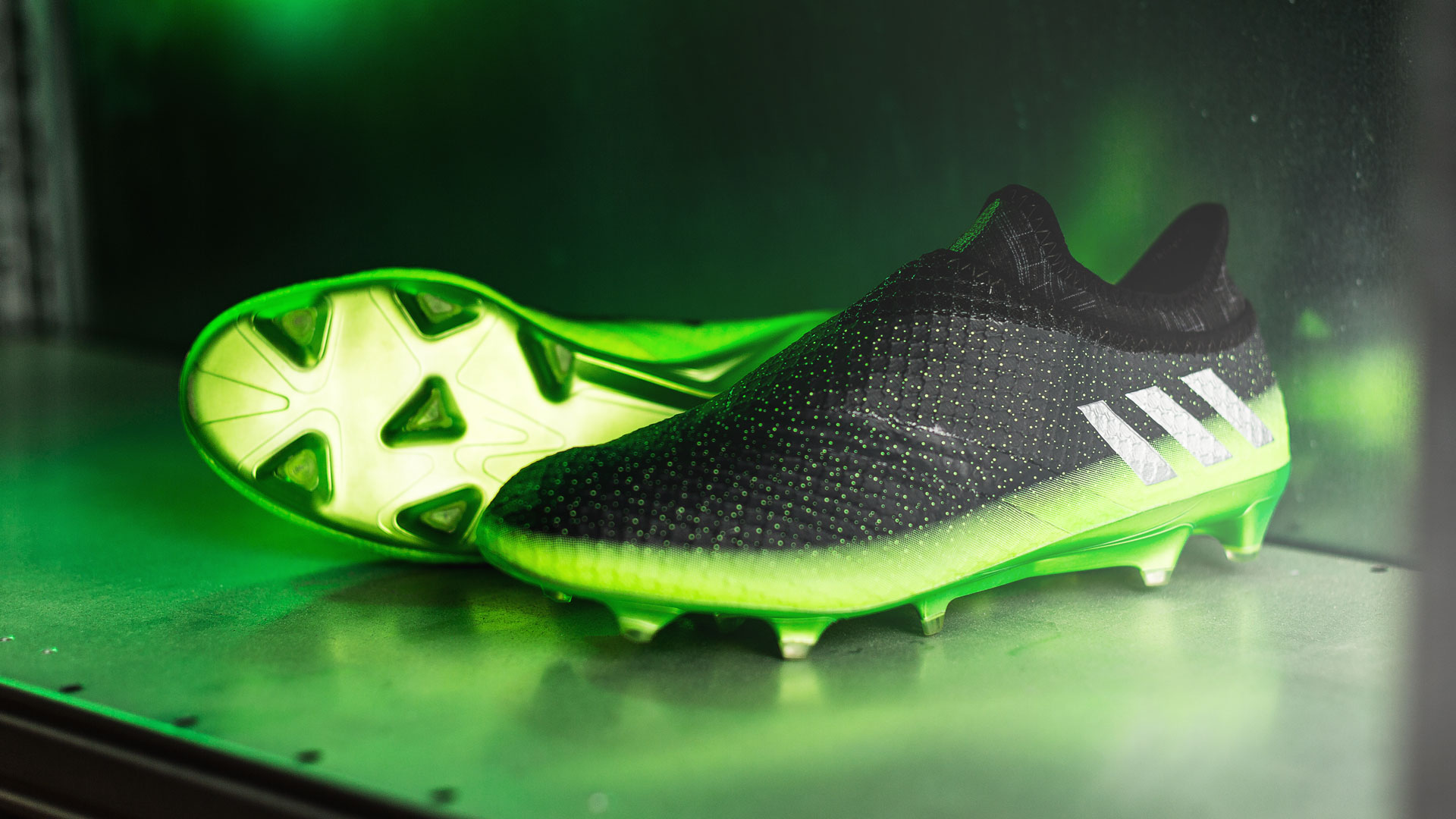 It looks like adidas are ready to debunk a myth about Lionel Messi that a lot of people in the Twittersphere have speculated heavily about, when watching him play. He is not a Superhuman from Krypton.

It’s not the official name of this new adidas Messi 16+ PureAgility football boot, but off the record at adidas and here at the Unisport office, calling it the Kryptonite boot has already caught on. Lionel Messi is a player, who on several occasions, has done things with a football that completely beggar belief. Just think of THAT goal against Bilbao or THAT goal against Bayern, just to use a few recent examples.

That is why, keeping in line with their recent trend of drawing their football boot inspiration from outer space, adidas today introduce the Messi Space Dust football boot in a kryptonite colourway. Think of it as the only way of confirming, that although it may look like it on the pitch, he is in fact not an otherworldly alien from outer space, only a human blessed with a truly unique talent for greatness. In case you are unfamiliar with the story, kryptonite makes Superman weak, but wearing this football boot will do anything, but make Lionel Messi worse.

You can order the adidas Messi 16+ PureAgility ‘Space Dust’ in both adults and kids sizes right here.

Lionel Messi may not be an Kryptonian, but he does shine brighter than any star in the night sky. To suit his cosmic style of play, adidas have created the Messi silo, which is fully engineered to suit his style of play. Complete with an upper of AgilityKnit and the PureAgility heel construction the boots offer ultimate levels of stability and support, when you pull of the most daring changes of direction that leave defenders on their backside (Never forgotten Jerome Boateng). As an example of just how good the AgilityKnit is, it is the first time that Leo Messi himself hasn’t had a custom version of his boots made with a leather upper. The boots you buy is exactly like the pair the GOAT himself uses.

The adidas Messi 16+ PureAgility will be also be available as kids football boots, which means no matter what size you use and how close you are to being on Messi’s level, you will have a boot to match his weaponry. A true sign of dedication to fans of Leo Messi from adidas.

You can order the adidas Messi boots for kids right here on unisportstore.com right now.