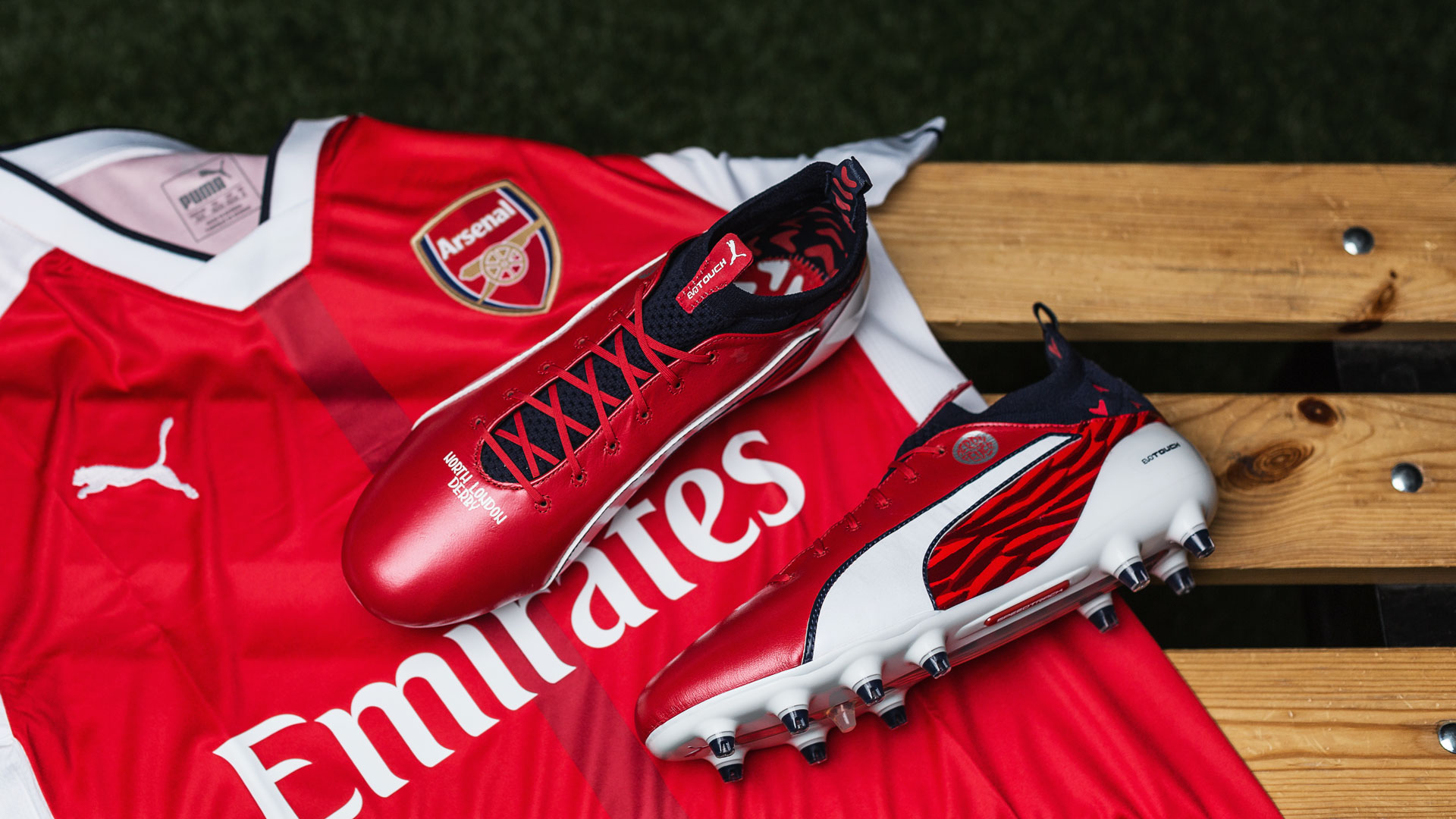 As a part of a new PUMA football boot movement called the Derby Fever Pack, they now introduce a limited edition football boot for Santi Cazorla. Simply stunning work, which you can get a closer look at here.

The new PUMA Derby Fever Pack will be an ever-evolving selection of football boots that will focus on the biggest and most prolific rivalries in the world of football. That’s right, this is only the beginning! However, if this is first release is anything to go by we are in for some serious treats. With the North London derby taking place this Sunday, PUMA now shift full focus onto one of their many athletes playing for the Gunners, by giving Santi Cazorla a customised evoTOUCH football boot.

The supremely gifted Spaniard has been at Arsenal since the 2012/13 season, and since then he has impressed in eight derbies already, while proving to be the deciding factor in two. In other words, he has a proud history of performing, when it becomes time to remind Spurs to mind the gap. PUMA now add fuel to the ever-blazing argument that is Arsenal vs. Spurs by firmly showing their support for the red side of North London.

You can pre-order the PUMA evoTOUCH Derby Fever Cazorla right now and show your support for Arsenal in the North London Derby.

The evoTOUCH is the newest football boot in the PUMA fold and is engineered for the playmaker, who through the boots elegant upper and superior sock construction, enjoys a soft touch on the ball, without the clunkiness often associated with leather football boots. If ever there was proof of Santi Cazorla’s role as a dominating role in the Arsenal midfield, it was how uncreative they have been without him in the last three games, where he has been rested with an injury. In tune with it all reports now pointing towards him being fit to play, you could probably hear a very large sigh of relief from the marketing offices at PUMA. And frankly we are very happy to hear it too, because the game really wouldn’t be the same without Carzorla’s football brilliance and PUMA’s best-looking evoTOUCH to date.

The colour combination for the PUMA evoTOUCH Derby Fever Cazorla was never up for debate, but that doesn’t mean the boot doesn’t hold a few details. Unlike the regular version of the evoTOUCH, the boot features a vibrant design on the heel, which together with the GripTex pads on the evoKNIT sock, creates a really dynamic look that suits the boots nature well. In addition, a special “Derby Fever” logo can be found on the lateral side of the boot, as well as text commemorating the occasion across the front foot.

You can pre-order the PUMA evoTOUCH Derby Fever Cazorla right here - are you worthy though?