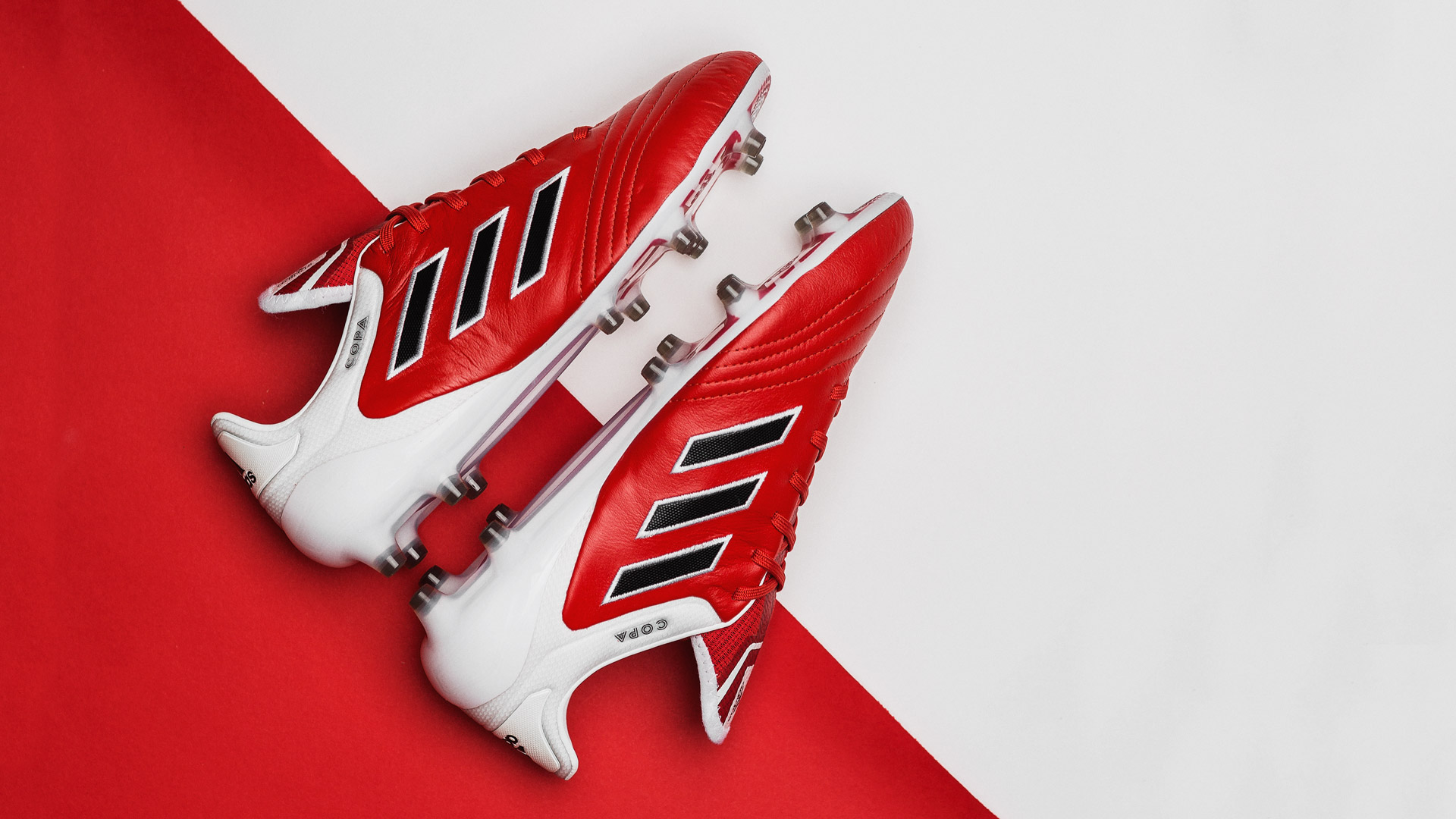 The word iconic is thrown around all too often these days, but with the adidas Copa Mundial no other word seems to do it justice. Keep up, because this relaunch could be big!

Today at 10:00, adidas announced that they would be re-imagining the true football original for modern football. This is done as a part of the Limited Collection, with a complete lineup for all surfaces featured in a Red Limit colourway. A new frontrunner for the modern leather boot top spot could very well be emerging right here.

Don’t ever let your dad catch you saying this, but the the original Copa Mundial is just a little too clumsy for modern footballers (Yeah, I said it!). The adidas Copa 17.1 football boots will therefore be constructed with a series of technologies that have all been picked out to create a kangaroo leather boot, which still feels quintessentially Copa Mundial and still has that legendary aura about them, but without being clunky.

You can order your pair of adidas Copa 17.1 football boots right here and the adidas Tango shoes.

The most important aspect of a football boot is always the fit and how comfortable you feel when wearing your boots. A boot can have as many fancy features as it likes, but if the fit is bad, your experience with the boot will suffer too. The soft and very comfortable compression design helps the supple upper envelop the foot and therefore provide an optimised fit. Working to further improve the comfort is also the Ortholite Sockliner, which provides you with a soft base to control the game with.

This Limited Collection Red Limit drop also sees the introduction of the adidas Tango concept shoes for the first time. Die Drei Streifen have many times before shown how dedicated they are to providing top range football shoes for all surfaces and with Tango they now take a giant leap towards doing that, even beyond what they have already achieved. The Copa 17 Red Limit therefore also comes in version made for street football and indoor football.

You can order your pair of adidas Copa 17.1 football boots right here and the adidas Tango shoes.